A call to action by the anti-Semitic 'The Daily Stormer' revealed the names and personal contact information of Jewish people they claimed had 'harassed and extorted' the parents of white supremacist Richard Spencer. 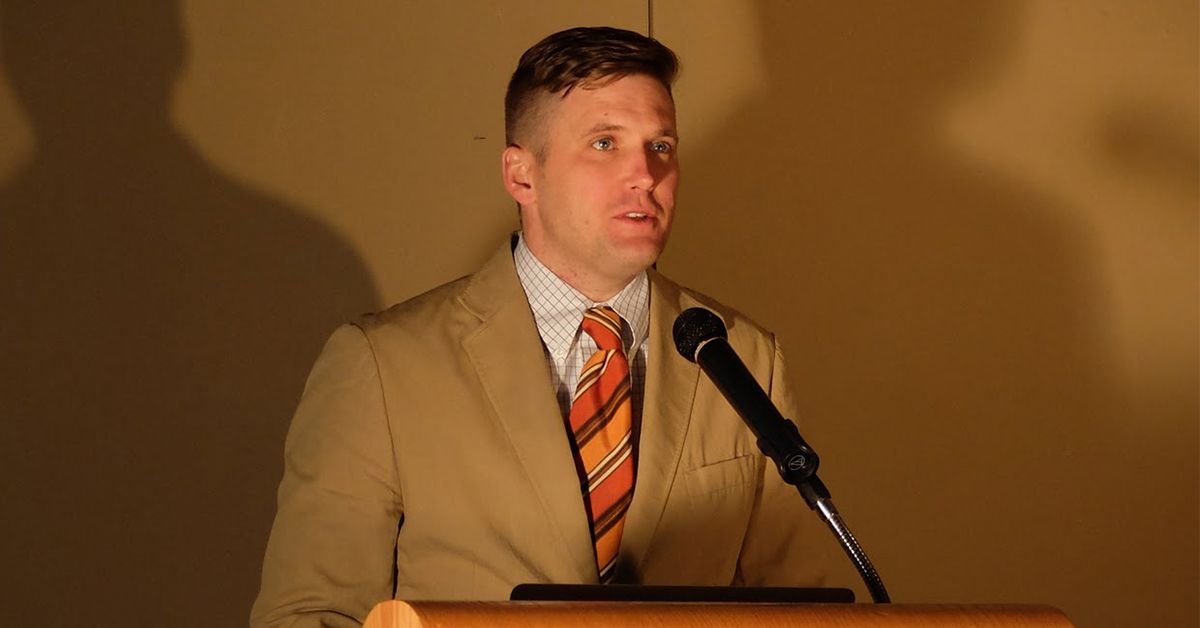 Claim:
'The Daily Stormer' called for a retaliatory 'troll storm' against Jews in Whitefish, Montana, whom they accused of causing economic hardship to the parents of white supremacist Richard Spencer.
Rating:

On 17 December 2016, news outlets including Missoula, Montana's the Missoulian reported that a virulently anti-Semitic web site had called for a "troll storm" against Jews in the city of Whitefish in northwestern Montana:

A white supremacist website called The Daily Stormer has posted a call to "TAKE ACTION" against Jewish people in Whitefish, providing personal contact information and urging a "troll storm" against them.

The story claims the "vicious, evil race" has harmed the Whitefish business of Richard Spencer's mother. It quotes a story from the British newspaper Daily Mail that said Sherry Spencer "said she is being forced to sell a building she owns in the small town because residents are rebelling against her son."

The site posted phone numbers, email addresses, and Twitter handles for the Whitefish residents it alleges are harassing Sherry Spencer, along with a disclaimer that it opposes violence.

The Daily Stormer piece, written by the web site's founder Andrew Anglin, used epithets such as "kike," "whore," "faggot," and "hate-filled psychopaths" to describe the targets of its ire. The article began with a no-holds-barred anti-Semitic rant:

This is the Jews for you, people.

They are a vicious, evil race of hate-filled psychopaths.

When you do something they don’t like, they will use the power of the media to come down on you, assassinate your character. They will call you names and accuse you of all sorts of things. They will go after your money.

If all of that fails, they will attack your mother.

This is a people without shame.

Anglin listed several Jewish Whitefish residents by name and accused them of conducting a "campaign of terror" against Richard Spencer's mother. A report by local station KTMF flatly contradicted that version of events, describing the Spencers' difficulties as an immediate byproduct of their son's white supremacist agenda:

In a speech last month at the National Policy Institute's annual convention, the crowd's Nazi-like response rocketed Richard Spencer into the media stratosphere. But back here on Earth, and specifically in Whitefish, the war over Spencer's white nationalist views has locals fighting battles in the newspaper and on the street — 22 Lupfer Avenue specifically.

It’s a new building in Whitefish's downtown historic district.  First owned by Richard Spencer, and now owned by his mother, Sherry.  There are vacation rentals on the top floor, businesses lease at street-level.

But Sherry says her son's political views — and his detractors — are forcing her to sell the property.  In an email to us, Sherry says, "As painful as this is, I am exploring a potential sale of the building."

One of those detractors is Tanya Gersh, a prominent member of the community, who told me in an email: "She (Sherry) is profiting off of the people of the local community, all the while having facilitated Richard’s work spreading hate by letting him live and use her home address for his organization.”

Tanya Gersh was among those targeted for harassment in the Daily Stormer article, which listed the names of her husband and teenage son, as well as the family's phone numbers and e-mail addresses, and her husband's business address. "Please call her and tell her what you think," Anglin urged. "And hey — if you’re in the area, maybe you should stop by and tell her in person what you think of her actions." After divulging Gersh's son's Twitter handle, Anglin told his readers to "hit him up, tell them what you think of his whore mother’s vicious attack on the community of Whitefish."

Two other people called out in Anglin's attack were leaders of a local activist organization, Love Lives Here, a group described by local newspaper the Daily Inter Lake as having an anti-discrimination agenda:

When [Spencer] began garnering national attention two years ago, the Love Lives Here organization, a group of local residents who promote tolerance and peace, urged the Whitefish City Council to pass an ordinance prohibiting “hate” organizations from doing business or having offices in the city of Whitefish. The council instead passed a resolution “honoring the inherent worth of all people regardless of race, creed, national origin, sex or sexual orientation.”

In a November 2014 press release, Love Lives Here co-founder Ina Albert said the National Policy Institute fits the FBI’s definition of a hate group as “an organization whose primary purpose is to promote animosity, hostility and malice against persons belonging to race, religion, disability, sexual orientation, or ethnicity/national origin which differs from that of the members of the organization.”

Love Lives Here reiterated its position this month at the Dec. 6 Whitefish City Council meeting, filling the council chambers to support Mayor John Muhlfeld’s reading of the council’s newly approved proclamation in which the city “repudiates the ideas and ideology of the founder of the so-called alt-right as a direct affront to the community’s core values.”

Characterizing Love Lives Here as a "Jew terrorist group," the Daily Stormer article revealed the names, phone numbers, and e-mail addresses of its leaders, accompanied by photos manipulated to make it appear as if they were wearing yellow star badges (of the type Jews were required to wear in Nazi-occupied Europe during World War II), and instructions to contact them en masse.

To be clear, Anglin explicitly instructed his cadre of Internet trolls not to threaten the targeted individuals or engage in violence or illegal activities, though that probably provided little sense of safety to those he had smeared as "a vicious, evil race of hate-filled psychopaths" an instant before sharing their personal information with the rest of the world.