Did Obama Prevent FDR's D-Day Prayer from Being Added to the WWII Memorial?

A Congressional bill sought to add FDR's D-Day prayer to the national World War II Memorial, but stalled in the Senate. 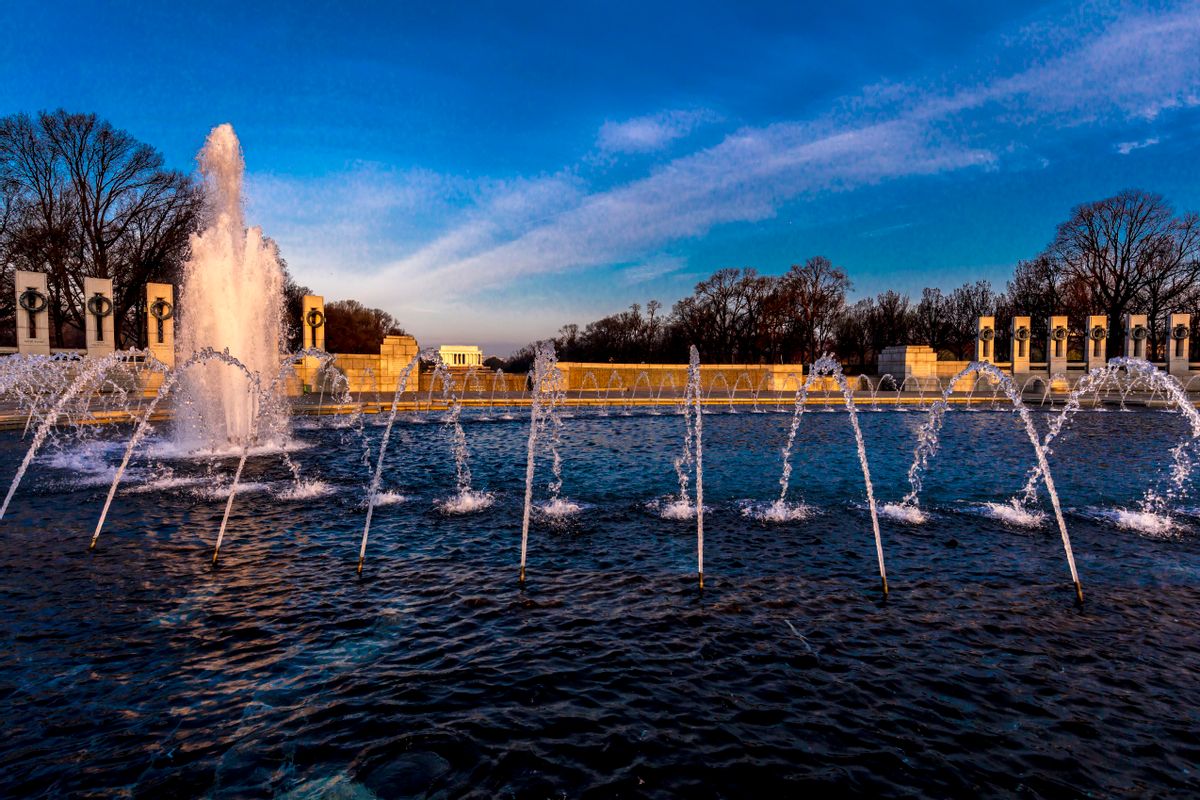 Claim:
A Congressional bill sought to add FDR's D-Day prayer to the national World Memorial, but the Obama administration killed it.
Rating:

H.R. 2070 was passed by the House but stalled in the Senate.

It is inaccurate to maintain that President Obama "killed" the plan.

On the evening 5 June 1944, U.S. President Roosevelt had big war news to report to the nation via radio: Allied troops had liberated the city of Rome, making it the first of the three Axis powers' capitals to be taken (in the words of FDR, "One up, two to go"). The following day, FDR had even bigger news to discuss with his audience: Allied troops had begun the invasion of German-occupied Europe with the Normandy landings, an event which would come to be known simply as

On that latter occasion, FDR asked his American radio audience to join with him in a prayer seeking blessings for American troops, reciting a supplication he had written himself, entitled "Let Our Hearts Be Stout":

Last night, when I spoke with you about the fall of Rome, I knew at that moment that troops of the United States and our Allies were crossing the Channel in another and greater operation. It has come to pass with success thus far.

And so, in this poignant hour, I ask you to join with me in prayer:

Almighty God: Our sons, pride of our nation, this day have set upon a mighty endeavor, a struggle to preserve our Republic, our religion, and our civilization, and to set free a suffering humanity.

Lead them straight and true; give strength to their arms, stoutness to their hearts, steadfastness in their faith.

They will need Thy blessings. Their road will be long and hard. For the enemy is strong. He may hurl back our forces. Success may not come with rushing speed, but we shall return again and again; and we know that by Thy grace, and by the righteousness of our cause, our sons will triumph.

They will be sore tried, by night and by day, without rest — until the victory is won. The darkness will be rent by noise and flame. Men's souls will be shaken with the violences of war.

Some will never return. Embrace these, Father, and receive them, Thy heroic servants, into Thy kingdom.

And for us at home — fathers, mothers, children, wives, sisters, and brothers of brave men overseas, whose thoughts and prayers are ever with them — help us, Almighty God, to rededicate ourselves in renewed faith in Thee in this hour of great sacrifice.

Many people have urged that I call the nation into a single day of special prayer. But because the road is long and the desire is great, I ask that our people devote themselves in a continuance of prayer. As we rise to each new day, and again when each day is spent, let words of prayer be on our lips, invoking Thy help to our efforts.

Give us strength, too — strength in our daily tasks, to redouble the contributions we make in the physical and the material support of our armed forces.

And let our hearts be stout, to wait out the long travail, to bear sorrows that may come, to impart our courage unto our sons wheresoever they may be.

With Thy blessing, we shall prevail over the unholy forces of our enemy. Help us to conquer the apostles of greed and racial arrogances. Lead us to the saving of our country, and with our sister nations into a world unity that will spell a sure peace — a peace invulnerable to the schemings of unworthy men. And a peace that will let all of men live in freedom, reaping the just rewards of their honest toil.

Thy will be done, Almighty God.

(A recording of FDR's reciting "Let Our Hearts Be Stout" can be heard here.)

On 1 June 2011, Rep. Bill Johnson of Ohio introduced a bill in the House of Representatives (HR 2070) which sought to "direct the Secretary of the Interior to install in the area of the World Memorial in the District of Columbia a suitable plaque or an inscription with the words that President Roosevelt prayed with the Nation on 1944, the morning of

Robert Abbey, the director of the Bureau of Land Management, indicated in statement provided to a congressional subcommittee on 2011 that his department did not view the proposal favorably:

Mr. Chairman, thank you for the opportunity to appear before your committee to present the views of the Department of the Interior on a bill which directs the Secretary of the Interior to install in the area of the World Memorial in the District of Columbia a suitable plaque or an inscription with the words that President Franklin Delano Roosevelt prayed with the Nation on 1944, the morning of

The Department cannot support H.R. 2070, which essentially proposes adding another commemorative work to the existing World Memorial and as such is contrary to the Commemorative Works Act. We support the continued application of this law which, by prohibiting encroachment by a new commemoration on an existing one, respects the design of this completed work of civic art without alteration or addition of new elements.

The World War II Memorial was authorized on 1993, by Public In 1994, Congress approved its placement in the area containing the National Mall in Public Its location at the site of the Rainbow Pool was approved in 1995 by the National Park Service (NPS) on behalf of the Secretary of the Interior, the Commission of Fine Arts (CFA), and the National Capital Planning Commission (NCPC). In July 1997, the CFA and the NCPC reaffirmed prior approvals of the Rainbow Pool site in recognition of the significance of World as the single-most defining event of the for Americans and the world. Even so, there were challenges to the establishment of this memorial. The design we see today was painstakingly arrived upon after years of public deliberations and spirited public debate.

The Commemorative Works Act specifically states that a new commemorative work shall be located so that it does not encroach upon an existing one. It is not a judgment as to the merit of this new commemoration, simply that altering the Memorial in this way, as proposed in will necessarily dilute this elegant memorial's central message and its ability to clearly convey that message to move, educate, and inspire its many visitors. The Department strongly believes that the World War II Memorial, as designed, accomplishes its legislated purpose to honor the members of the Armed Forces who served in World War II and to commemorate the participation of the United States in that conflict. It should not be altered in the manner suggested by

The views of the Department are consistent with those of the National Capital Memorial Advisory Commission, which reviewed this proposal at its meeting on 2011, and with the views of the American Battle Monuments Commission (ABMC) which was also represented at that same meeting. The ABMC, charged by the Congress in Public to design and build the World Memorial, concurred that no additional elements should be inserted into this carefully designed Memorial.

It is inaccurate to maintain that President Obama "killed" the plan proposed by as the bill had not yet even been voted upon by either house of Congress, much less passed by both and sent to the president for signature (or veto), at the time the message quoted above was written. Ultimately, the bill was passed by the House but stalled in the Senate and was never brought to a vote in the latter body.