Was a motorcyclist beheaded by a sheet of metal that flew off a truck? 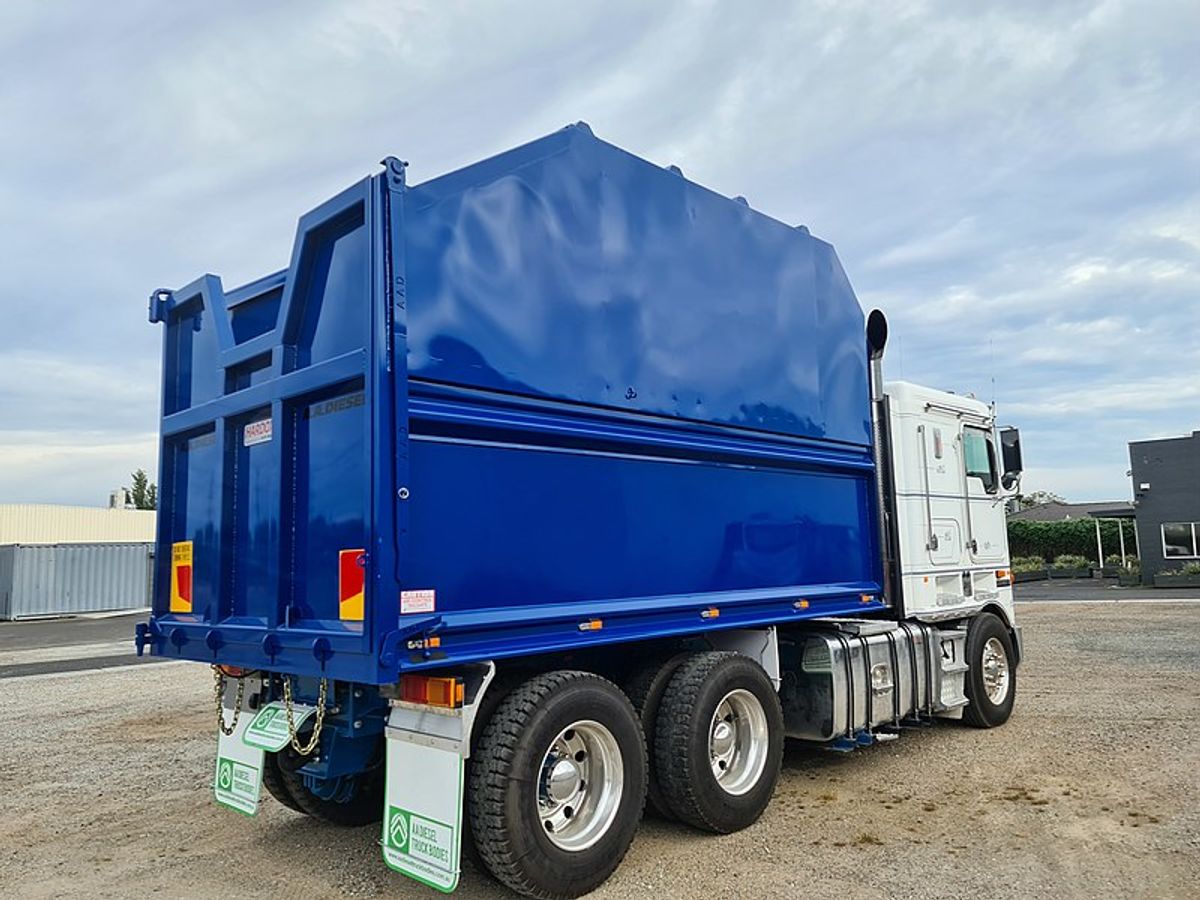 Claim:
Motorcyclist is decapitated by a sheet of metal which falls from a passing truck.
Rating:

We know this story has been around at least since the late 1970s. As for whether it's true or not, news reports about motorcyclists decapitated by things sliding off trucks yet who continue to ride on have yet to surface. As printed in Rodney Dale's The "Tumour in the Whale"

A motorcyclist was riding behind a lorry which was carrying a load of thin steel plates. He decided to overtake the lorry, but as he moved out towards the centre of the road, one of the steel sheets became dislodged and decapitated him. However, his momentum carried him alongside the lorry, the lorry-driver glanced from his window, saw the headless motorcyclist passing, had a heart attack, ran off the road and was killed.

The details of the story sometimes vary. In some versions, a sheet of corrugated or roofing iron, a pane of glass, or a thin steel plate fly from the truck. Sometimes the carnage doesn't end with the truck driver's death — his out-of-control vehicle plows into a crowd beside the road or takes out a mother holding a baby.

However, in a cruel instance of ostension, a motorist did indeed lose her life in such fashion. On 19 December at 8:45 a.m. while driving on the Gulf freeway in Houston, Linda Riojas (43) was hit by a flying piece of metal, presumed to have come off the back of a transport trailer. The 3 feet long by 20 inches wide and one-fourth of an inch thick object came through her windshield and decapitated her, then landed next to a Bible sitting on the back passenger seat. No one else was in the vehicle at the time.

The appeal of the legend is universal — we like accounts of gruesome deaths because they serve to confirm that life is a fragile thing. The notion that at any moment the fabric of our safe, sensible world could be rent with a scene of unspeakable horror titillates us. We therefore remind ourselves that no matter how ordinary the corner we're standing on or how mundane the day that took us there, at any moment a headless motorcycle rider could come shooting by.

Horror legends are rife with beheadings because this form of demise is especially gruesome. Not only does a freakish accident result in loss of life, it leaves behind a mutilated corpse lacking a head. In a flash, the mind is cut off from the body, ending a life. A person who moments before was a living, thinking being is now just a headless trunk, spurting blood. Though all forms of demise lead to the same place, this one is sickly fascinating thanks to its elevated gore quotient and the speed with which it drives home the finality of death.

Our society is not the first to be enthralled with the specters of decapitated riders, as many a headless horseman gallops across the pages of ghost lore and hero tales. In updatings of these older legends, ghostly headless motorcyclists are said to frequent certain old roads, such as the headless haunt who reportedly appears on Old Creek Road in Ojai, California, to ride alongside drivers on his vintage 1940s motorcycle. Ohio has its headless motorcyclist of Elmore, whom legend says repeats his fatal ride time and again.