Does Cuba Have a Cancer Vaccine That Has Already Cured Thousands?

While a treatment for lung cancer developed in Cuba has entered clinical trials in the United States, it is not a preventative tool, nor has it “cured” thousands of people — at least yet. 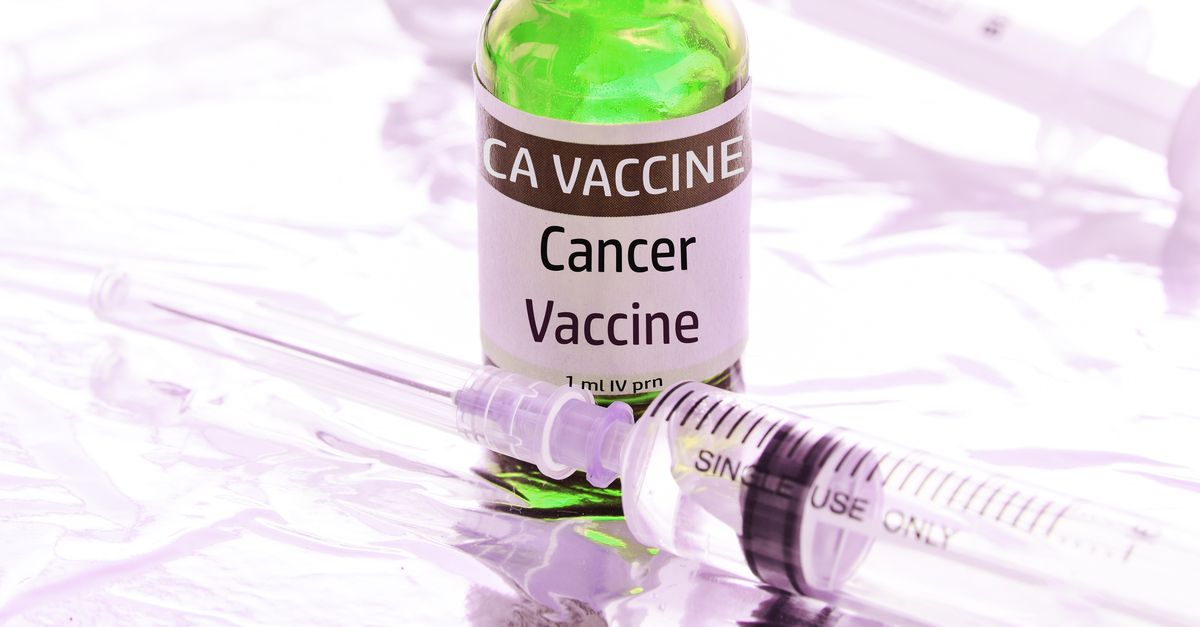 Claim:
Researchers in Cuba have discovered a cancer vaccine that is already saving thousands of people.
Rating:

Researchers with Cuba’s Center for Molecular Immunology have developed and approved an immunologic cancer therapy that improves survivability for certain types of cancers in some cases; as of January 2017, the drug has begun clinical trials for the treatment in the United States.

While the drug is not a vaccine in the preventative sense, it has improved survivability in some cases; however, claims that it has cured thousands of people conflates the total number of people who have been treated with those who have been "cured".

On 7 July 2017, TheNativePeople.net published a story reporting that Cuba has been evidently sitting on a cancer vaccine that has already cured thousands of people. In the article, which has since been shared thousands of times, the author writes:

There are many scientists who have dedicated their life in the search for the cure, and there are many promising natural alternatives that can replace chemotherapy and radiation in the future.

The latest example is a research from Cuba, where a small group of scientists with a limited budget have been able to develop a vaccine against cancer that has cured more than 4000 people! The scientific community is impressed by the Cuban discovery, and many doctors claim that the cure for cancer has finally been found!

The vaccine has produced incredible results even in the more advanced stages of cancer. It finally saw the light of day after 16 years of intense research, and doesn’t have any adverse side-effects.

The treatment this story highlights does indeed exist in Cuba. It's a therapy (named CIMAvax) used to treat lung cancer, and which has begun being used in clinical trials in the United States.  The treatment, contrary to the suggestion of the headline, is not meant to prevent the future occurrence of disease like a traditional vaccine. Vaccine, in this case, refers to the fact that CIMAvax provokes an immune response — as with a vaccine — which then signals a person's own immune system to attack the cancer’s ability to grow (as opposed to inoculating against future outbreaks). As described in a November 2016 feature in The Atlantic:

[Cuban researchers used an] unusually powerful meningitis protein and fused it to part of another protein called epidermal growth factor, or EGF. EGF is important for controlling cancer because, as its name implies, EGF makes cells grow, and cancer is essentially cells growing out of control.

When injected, this fused hybrid protein kicks a patient’s immune system into high gear (thanks to the meningitis) and targets cancer cells (thanks to the EGF). That’s how CIMAvax is supposed to work. It’s called a vaccine because like other vaccines, it stimulates the immune system, but it is actually used to treat rather than prevent lung cancer.

The drug, which was originally developed by the Cuban Ministry of Public Health in the 1990s, has undergone several animal and human clinical trials in Cuba, and is currently licensed there for stage IIIB/IV non-small-cell lung cancer. The most recent Cuban trial, a phase III study of 405 individuals with this kind of lung cancer, concluded:

Patients receiving at least 4 doses of the vaccine [...] had a significant advantage in overall survival. Patients with high [concentrations of EGF in their system] had the largest benefit and [median survival time] after vaccination was 14.66 months.

While these results are promising, claims that "thousands" have been "cured" of cancer as a result of this drug are unsupported by published research, and appear to stem from reports that 5000 people have been treated with the drug since 2011. Indeed, improvements to survival were generally on the order of months, and around 20 percent of cases from these clinical trials showed no improvement compared to control groups.

Due to regulations stemming from the United States embargo on Cuban goods, the drug has been unexplored in the United States until fairly recently. In late 2016, the Roswell Park Cancer Institute in Buffalo, New York received approval to embark on a collaboration with Cuban researchers to bring CIMAvax clinical trials to the U.S., capping a lengthy process to get approval from the Obama Administration that began in 2011. In addition to Cuba, CIMAvax has been used in Bosnia and Herzegovina, Colombia, Paraguay, and Peru.

Michael Caligiuri of the American Association for Cancer Research told PBS Newshour that success in Cuba does not necessarily mean the drug will be met with similar success in the United States:

Whenever there's an early evidence of efficacy in a single population, a single institution study, the chance that it will be replicated inter-institutionally is real, but not a given.

The U.S. trials began in January 2017, and researchers are currently recruiting participants. If the drug’s efficacy is demonstrated by the standards of the U.S. Food and Drug administration, Roswell Park Cancer Institute scientist Kevin Lee says it could potentially change the way in which doctors approach cancer treatment by targeting not the cancer itself, but by changing a body's ability to contain a cancer that it was previously unable to combat:

There is an idea that’s developing of converting cancer into a chronic disease. We give you a pill that you take every day, and it allows you to live a perfectly normal life.

While the drug is real and has shown promise against a specific kind of lung cancer, claims that it is a blanket “cure” for all of cancer overstate both the scope of the drug and the nature of its clinical success. Therefore, we rate that claim that Cuban researchers already have a cancer vaccine that has cured thousands of people as a mixture.