So is that tweet about McDonald's not hiring anyone who has traded in cryptocurrencies. 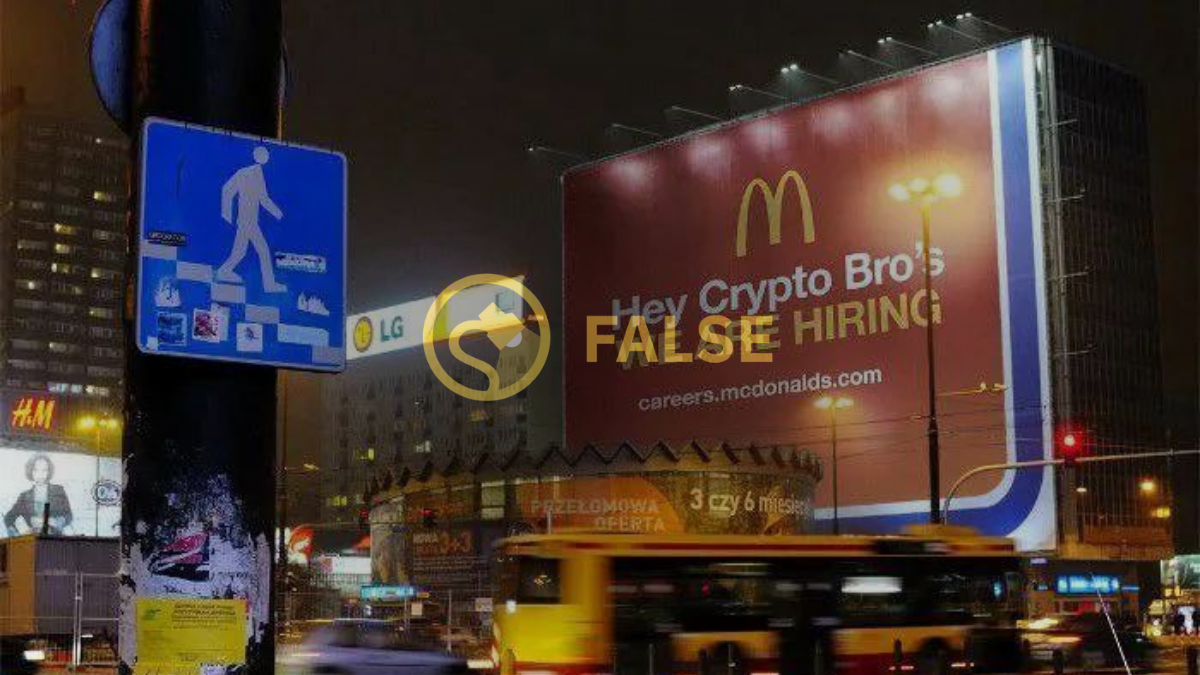 Does McDonald's have a problem with cryptocurrency? Has the company explicitly stated that it will hire or not hire people who have traded crypto? The fast food chain's relationship with Bitcoin and other digital currencies was called into question after a few photoshopped images were circulated on social media.

In June 2021, a number of cryptocurrencies, such as Bitcoin, Dogecoin, and Ethereum saw their values briefly plummet. As cryptocurrency investors worried about their thinning portfolio, a supposed screenshot of a tweet sent by McDonald's goading these people about their losses and telling them that they could still get a job at the restaurant was circulated on social media:

This doesn't appear to be a genuine tweet from McDonald's. There's no record of it on @Mcdonalds Twitter timeline, and we weren't able to find any archives of this alleged message.

Shortly after this tweet went viral, an image supposedly showing a McDonald's billboard with this same message (including the same erroneous apostrophe in "Bro's") was circulated on social media: This is not a genuine photograph of a McDonald's billboard. This image was created by digitally editing a photograph of a busy intersection in Poland that was taken by Flickr user Kuba Bożanowski in 2009. Here's a look at the fake image (left) and the real photograph (right): A spokesperson told Check Your Fact that "this is a fake post and not published from an official McDonald’s account."

And in September, Forbes reported that McDonald's had started accepting Bitcoin payments in El Salvador.

Fact Check: Will McDonald’s Not Hire Anyone Who Dealt with Cryptocurrency? - THIP Media. https://www.thip.media/health-news-fact-check/fact-check-conspiracy-theory-health/fact-check-will-mcdonalds-not-hire-anyone-who-dealt-with-cryptocurrency/22062/. Accessed 11 Jan. 2022.

“Fact Check-McDonald’s Did Not Tweet That It Would Not Hire People Who Have Traded Cryptocurrency.” Reuters, 10 Jan. 2022. www.reuters.com, https://www.reuters.com/article/factcheck-mcdonalds-tweet-idUSL1N2TQ2E5.