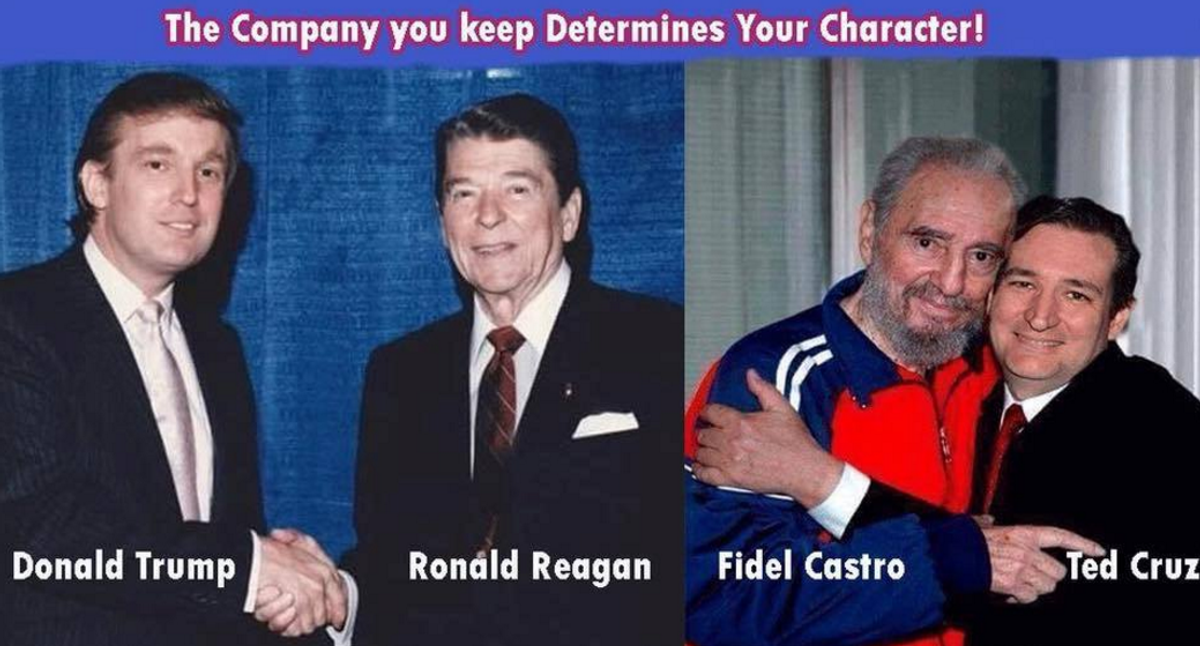 The image of Trump with Reagan is real. While we couldn't uncover the exact date or location of the photo, it was distributed by Trump aides in January 2015:

The other handout has a glamour shot of himself in a pink tie with the message "Donald J. Trump, Iowa Freedom Summit, Saturday, January 24, 2015." On the back is a photo of a young Trump shaking hands with President Ronald Reagan.

The photograph of Ted Cruz and Fidel Castro, however, is fake. The image is based off of a 2007 photo of Castro and Vietnamese politician Nong Duc Manh, taken during the latter's visit to Havana: Cruz isn't the first person to be photoshopped into this exact image. George W. Bush received a similar treatment: Although Cruz has claimed that his father once fought for the Castro regime, Cubans who remember the family have questioned that story.