Legend holds that an unfamiliar driver set the cruise control on his vehicle and then slipped into the backseat for a nap. 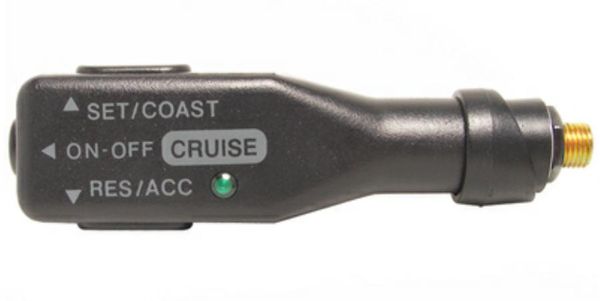 Claim:
A driver set the cruise control on his vehicle, then slipped into the backseat for a nap.
Rating:

There was the woman who took literally the salesman's pitch that her new van equipped with cruise control would practically drive itself. Days later, the woman was cruising along a highway in the Washington, D.C., area, when her baby started crying from the back of the van. The dutiful mother momentarily left the wheel to get the baby, and a multiple-car crash (with only minor injuries) ensued. Allstate paid off that claim.

This guy saves up his money and finally gets the van he always wanted. Fridge and tv in the back, all the works. He starts driving out on a country road that leads to his home. He sets the van on cruise control and gets out of the drivers seat and goes into the back to get a beer. The van of course goes off the road, and when the paramedics ask him what happened, he said he thought he had auto-pilot.

Apparently he did not realize that 'cruise control' is not 'autopilot.'

Jan Harold Brunvand, the master of urban legends, has a fair bit to say about this legend.

The legend began in the late 1970s when cruise control was first available for RVs (which then was the vehicle always featured in this legend). As he says, "Sometimes it was a retired couple that made the dangerous (but never fatal) error with cruise control, otherwise it was a young and naive driver."

Versions starring a wealthy student from the Middle East also began circulating at that time (one reader recalls seeing such a tale mentioned in a newspaper in 1977 or 1978), but these don't appear to have achieved widespread acceptance until 1984 or thereabouts. Wrote Brunvand: "The implication here, of course, is that rich Arabs don't understand technology, and as a result they may be 'getting what they deserve' when they spend their wealth so lavishly in the United States." These days, the victim(s) will often be described as an older couple, people you'd find it likely to believe would be baffled by the technology. In earlier versions from around the time of the Great Gasoline Shortage in the U.S., you'd be told the victim was an Arab with too much money and too little sense. In versions earlier than that, the victims were unfamiliar with the technology not because they were new to this country or plain mechanical klutzs, but rather because the technology itself was new.

Brunvand also points out: "A persistent feature in car legends of this kind is the denigration of a minority person (senior citizen, foreigner, woman, etc.) who allegedly misunderstands the nature of some new but fairly uncomplicated technological device."

In the spring of 2002, a telling of the venerable Cruise Control legend became part of a widely circulated "outrageous lawsuits" list known on the Internet as the "Stella Awards":

In November 2000, Mr. Grazinski purchased a brand new 32 foot Winnebago motor home. On his first trip home, having joined the freeway, he set the cruise control at 70 mph and calmly left the drivers seat to go into the back and make himself a cup of coffee. Not surprisingly, the Winnie left the freeway, crashed and overturned. Mr. Grazinski sued Winnebago for not advising him in the handbook that he could not actually do this. He was awarded $1,750,000 plus a new Winnebago.

In September 2009, the Grazinski entry reappeared, this time changing the hapless driver into a woman:

This year's runaway First Place Stella Award winner was: Mrs. Merv Grazinski, of Oklahoma City, Oklahoma, who purchased new 32-foot Winnebago motor home. On her first trip home, from an OU football game, having driven on to the freeway, she set the cruise control at 70 mph and calmly left the driver's seat to go to the back of the Winnebago to make herself a sandwich. Not surprisingly, the motor home left the freeway, crashed and overturned. Also not surprisingly, Mrs. Grazinski sued Winnebago for not putting in the owner's manual that she couldn't actually leave the driver's seat while the cruise control was set. The Oklahoma jury awarded her, are you sitting down? $1,750,000 PLUS a new motor home. Winnebago actually changed their manuals as a result of this suit, just in case Mrs. Grazinski has any relatives who might also buy a motor home

The Grazinski entry had been added to a compilation of other false entries — it was just another howler tacked on.