Do photographs show a 21-foot crocodile found swimming in the streets of New Orleans? 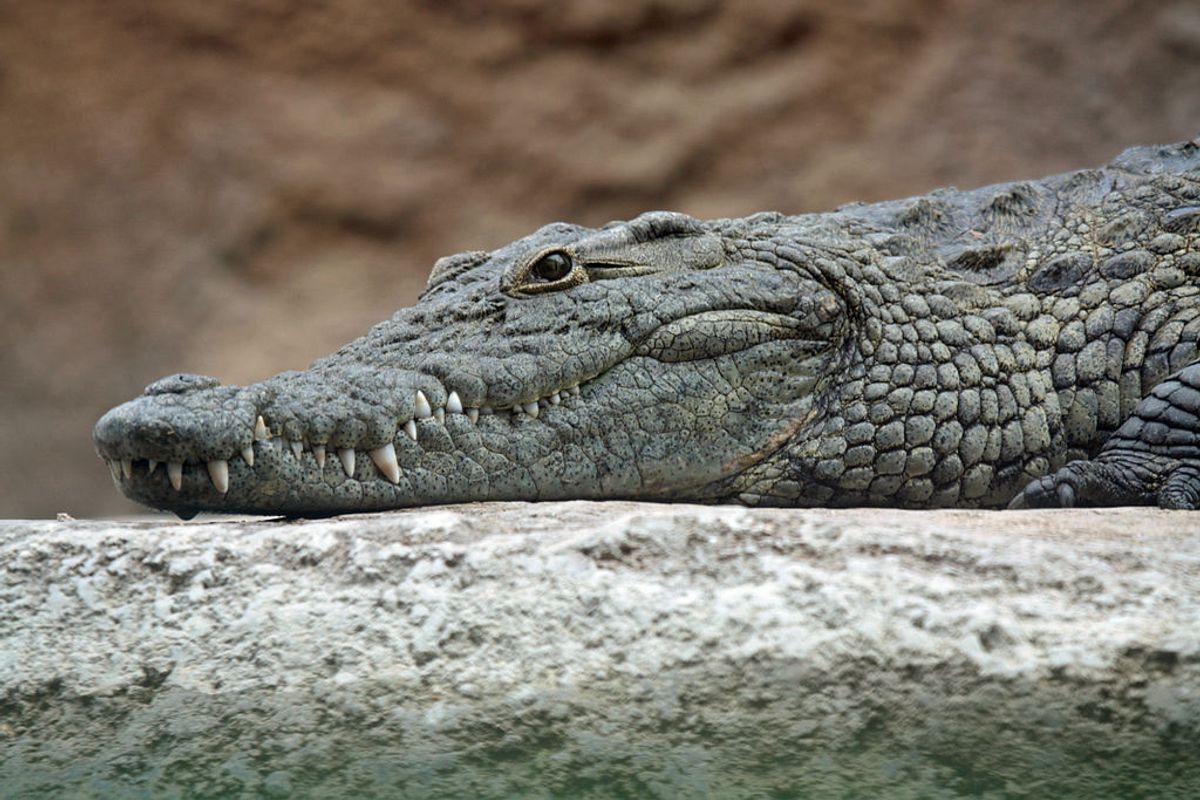 No, a 21-foot crocodile has not been found swimming around the flooded streets of New Orleans in the wake of Hurricane Katrina:

Man, can you imagine what else was swimming around down there in that water? Lord have mercy.....

This crocodile was found in New Orleans swimming down the street. 21 FT long, 4,500 lbs, around 80 years old minimum.

Specialists said that he was looking to eat humans because he was too old to catch animals. This crocodile was killed by the army last Sunday at 3:00 pm, currently he is in the freezer at the Azur hotel. The contents of it's stomach will be analyzed this Friday at 2:30pm. These photographs were taken in a very different part of the world over two years ago, and someone has simply altered the text that originally accompanied the pictures in e-mail forwards and changed the locale to New Orleans:

Monster in Pointe NoireThis crocodile was on the beach in front of the Petroleum club, Plage Sportive In Pointe Noire. 21 FT long, 4,500 lbs, around 80 years old minimum.

Specialists said that he was looking to eat humans because he was too old to catch animals. For the past few months in some villages close to Pointe Noire people were complaining that some people in their villages have been disappearing, could be this crocodile. This crocodile was killed by the army last Sunday at 3:00 pm, currently he is in the freezer at the Azur hotel.

These photographs actually show a crocodile that was shot and killed on 6 July 2003 at Pointe-Noire in the Republic of Congo. According to an article in allafrica.com, the reptile was a Nile crocodile whose vital statistics fell a bit short of the claims made above: he was estimated to be 50 years old, about 16 feet in length, and about 1,900 lbs. (not quite the 80-year-old, 21-foot, 4,500-pound monster described in e-mail).

The local mayor reportedly insisted on preserving the crocodile's carcass against the efforts of locals who wanted to eat it and arranged for it to be shipped to a taxidermist.