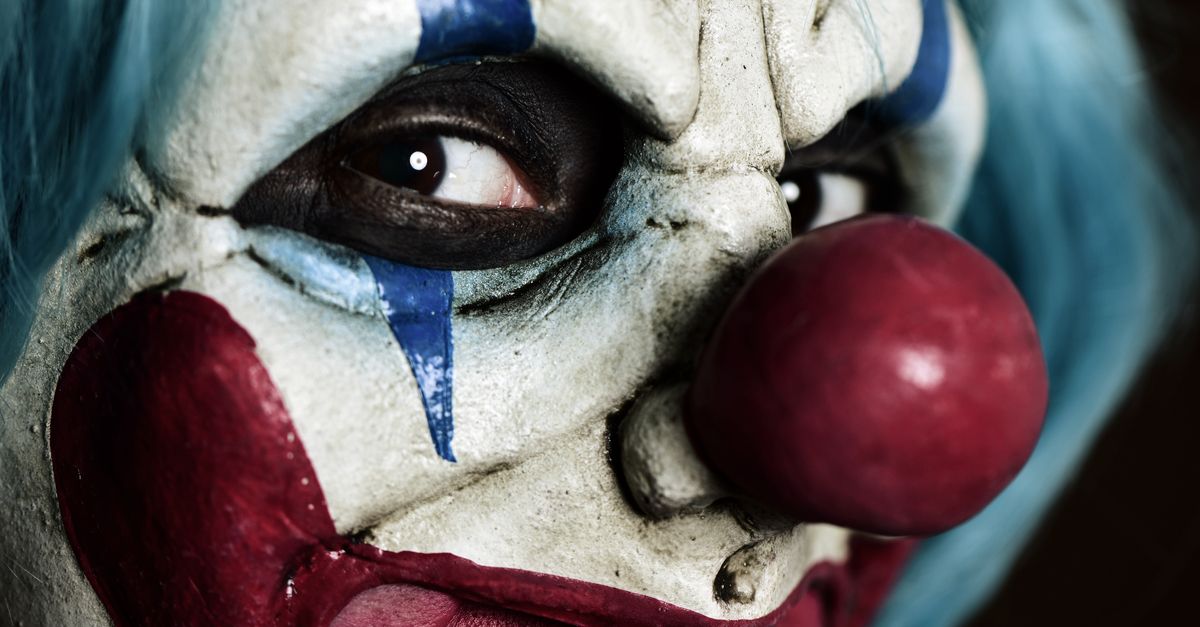 Claim:
A "creepy clown" was arrested after massacring 18 individuals in a haunted house attraction.
Rating:

In October 2016, the Now8News web site published an article reporting that a "creepy clown" had massacred 18 people inside a haunted house attraction:

Salem, MA – Creepy Clown Arrested After Haunted House Massacre: A 58-year-old man was arrested on Wednesday evening after fright junkies got way more than they bargained for at a haunted house attraction in Salem, Massachusetts ... Eyewitnesses say they were halfway through the macabre haunted house when they came across a scene of a crazy looking man dressed as a clown with a chainsaw. At first, it was just another scene of the haunted house, but as they look closer they saw one of the bodies move and then scream for his life. The young boy, approximately 19 years of age, was already partially dismembered by the man dressed in a gruesome clown costume.

Police and emergency response teams arrived on the scene within minutes, but unfortunately it was too late for the 18 bodies they found scattered throughout the ‘Fright Night Horror Massacre’ maze. The young man, who alerted the crowd screaming in pain, was transported to a nearby hospital where he later died of his injuries. Police took 58-year-old Curtis Langley into custody where he is currently being held without bond in solitary confinement under mental evaluation.

The creepy clown massacre claim (like all of Now8News's content) was completely fabricated. A deadly event of the scope purportedly involving the "creepy clown" would have undoubtedly made headlines, particularly during the social panic created by the late 2016 spate of clown sightings, but no such reports were transmitted by any credible news sources.

The mugshot of the alleged killer clown that accompanied the Now8News article
had appeared on the Internet as early as 2013, and the ambulance photograph was mocked up from what looked to be a stock image: