Cracker Barrel (and Its Menu) Is Here to Stay, Not Closing in 2021

Despite a misleading online ad, fans of Cracker Barrel need not worry. The pancakes, fried chicken, macaroni and cheese, biscuits, and other favorites aren't going anywhere. 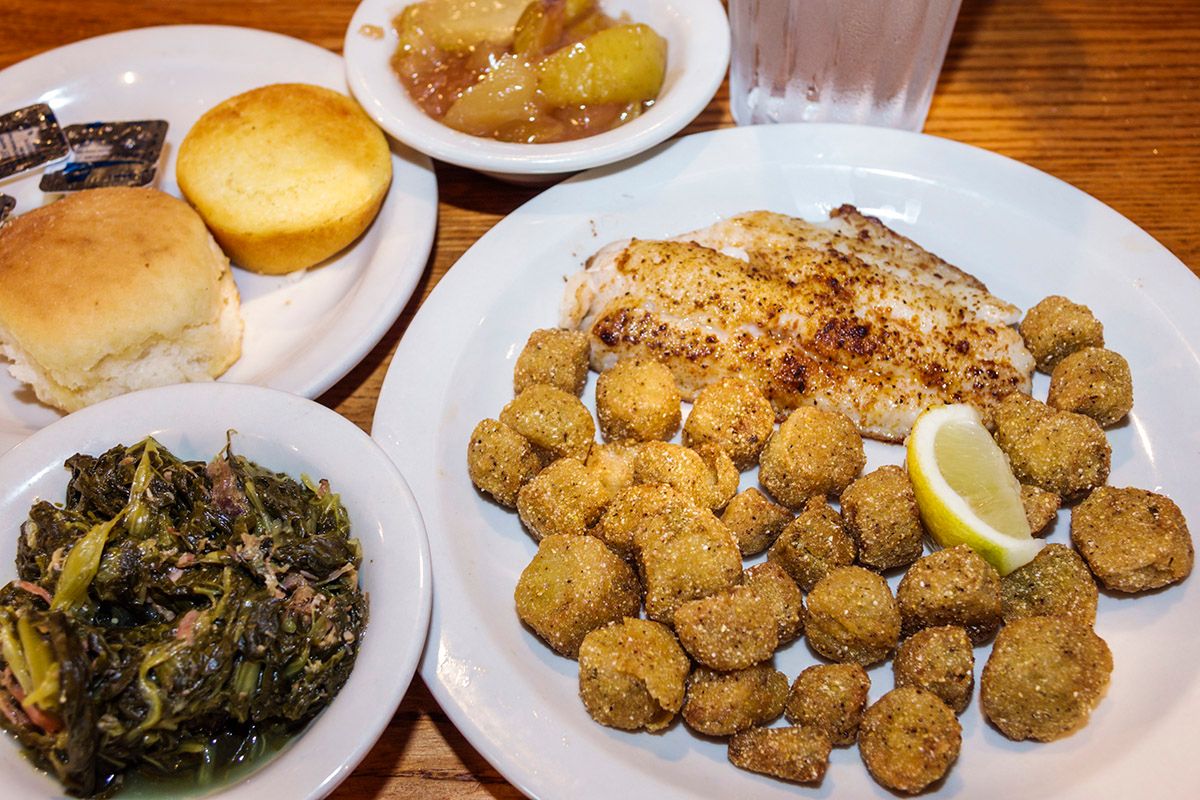 Claim:
Fans of Cracker Barrel should "say goodbye" because the restaurant chain is closing stores "across the nation."
Rating:

In June 2021, a misleading advertisement appeared to claim that the Cracker Barrel Old Country Store American restaurant chain was closing. However, fans of the establishment have no need to worry. Cracker Barrel and its menu of southern foods won't be going anywhere anytime soon.

It was paid for by an unknown party and was hosted on the Outbrain advertising network.

However, this was nothing but clickbait.

Cracker Barrel never ended up appearing anywhere in the 35-page slideshow article that resulted from clicking the ad. The article appeared to originate on Definition.org.

According to a news release from May 2021, the company was nearing 2019 levels of revenue after closing some dining rooms during the COVID-19 pandemic in 2020. The report mentioned nothing about closing stores "across the nation." Cracker Barrel was founded by Dan Evins in 1969. The first location was located in Lebanon, Tennessee.

In May 2021, we reported on what appeared to be a new TikTok trend involving the restaurant.

Videos showed Cracker Barrel diners leaving behind framed photos of themselves after wait staff collected their menus and walked away.

The restaurants are full of southern decor and old photographs that adorn the walls and the hearth of the fireplaces. Some customers attempted to blend in with the surroundings to see how long it took for the employees to notice.

There was also a TikTok trend amongst people of color where they pretended to walk into a Cracker Barrel:

The "you need to leave" TikTok sound effect is one of a countless number of popular audio clips that are used in the platform's videos.

In sum, Cracker Barrel's menu is here to stay. The restaurants and stores are not closing, as falsely implied by the advertisement.


Snopes debunks a wide range of content, and online advertisements are no exception. Misleading ads often lead to obscure websites that host lengthy slideshow articles with lots of pages. It's called advertising "arbitrage." The advertiser's goal is to make more money on ads displayed on the slideshow's pages than it cost to show the initial ad that lured them to it. Feel free to submit ads to us, and be sure to include a screenshot of the ad and the link to where the ad leads.