What’s Up with This Crab Meets ‘Symbiote’ Video?

And if you think this is interesting, check out penis fencing (more on that below). 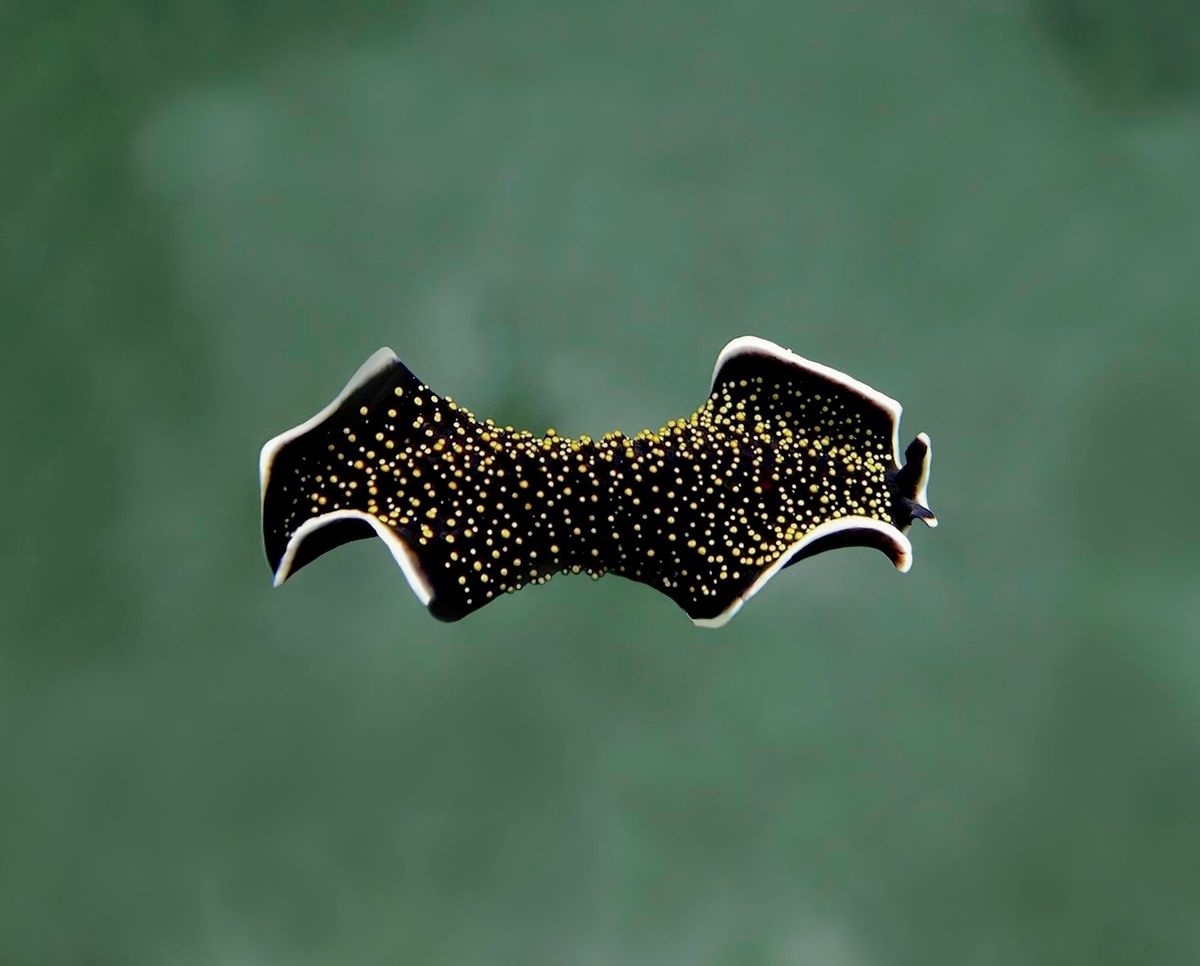 Claim:
A video authentically shows a black marine flatworm in a symbiotic relationship with a crab.
Rating:

The video is authentic. It shows a marine flatworm likely predating or fighting with the crab.

The clip does not show a symbiotic, or mutually beneficial, relationship between a crab and a flatworm.

A video shared to social media claims to show a black, blob-like organism known as a marine flatworm clambering around on a small crab. In a Reddit post shared to the platform in June 2022, which received more than 41,000 interactions, the poster suggested that the relationship between the two marine animals was that of a “symbiote.”

The video itself is authentic, but it does not show a “symbiote” or a symbiotic relationship, which is when two organisms exist in symbiosis, or have a mutually beneficial relationship. Rather, it’s very likely that the black blob, known as a marine flatworm, was trying to eat the crab. Oops.

Then again, as one Snopes reader pointed out, there is the possibility that the original Reddit poster was suggesting that the crab was being attacked by symbiotes, a reference to the the Marvel fictional creatures. The comic book describes symbiotes as "a species of inorganic, amorphous, symbiotic extraterrestrials created from the 'living abyss' at the beginning of the universe by the primordial deity Knull, who manifested a sword of living darkness called All-Black from his shadow to slaughter the Celestials and other deities."

It’s also not the first time the video has surfaced. The clip appears to have originated with this video shared to YouTube in July 2021. It was taken by Kurt Cabahug on the Phillipines island of Mactan.

Snopes spoke with Alison Young, a marine biologist who works with the California Academy of Sciences, who told us that the black organism in the video is “definitely a polyclad flatworm going after that crab.”

Polyclad flatworms are small organisms that normally grow to no more than 4 inches in length and described by the citizen science platform iNaturalist as having a “flattened, roughly oval, body shape and, in many cases, a pair of short tentacles on the head. Polyclads have what’s known as a folded pharynx, which is an elongated intestine in the center underside of their body that allows them to swallow prey whole,” reports California State University, Sacramento. Polyclads are normally found feeding on invertebrates like mollusks, sponges, and corals and also find shelter and protection from predators within these marine organisms.

“Most polyclads are carnivores, though sessile invertebrates are usually their go-to food since they can't run away from you, and flatworms aren't particularly speedy when they're ‘crawling’ over substrates — some are quite impressive swimmers, though!” Young told Snopes.

“Since the video is short, I'm not positive that this worm definitely was eating that crab, but it is possible – they basically can evert their pharynx and swallow prey whole, and then later spit out what isn't digestible. Polyclads have been known to follow snail slime trails back to a snail and eat it, so this worm could've been pursuing that crab once it first came in contact with it.”

Young added that she was unable to identify the species based on the video alone, but she did encourage our team to watch polyclads penis fencing (yes, it’s a thing) — a mating behavior worthy of its own article entirely.

Update [July 29, 2022]: Updated to include mention of symbiotes described by Marvel.