Social media users shared a pair of bizarre claims about the supposedly unique effects of COVID-19 vaccines on men. 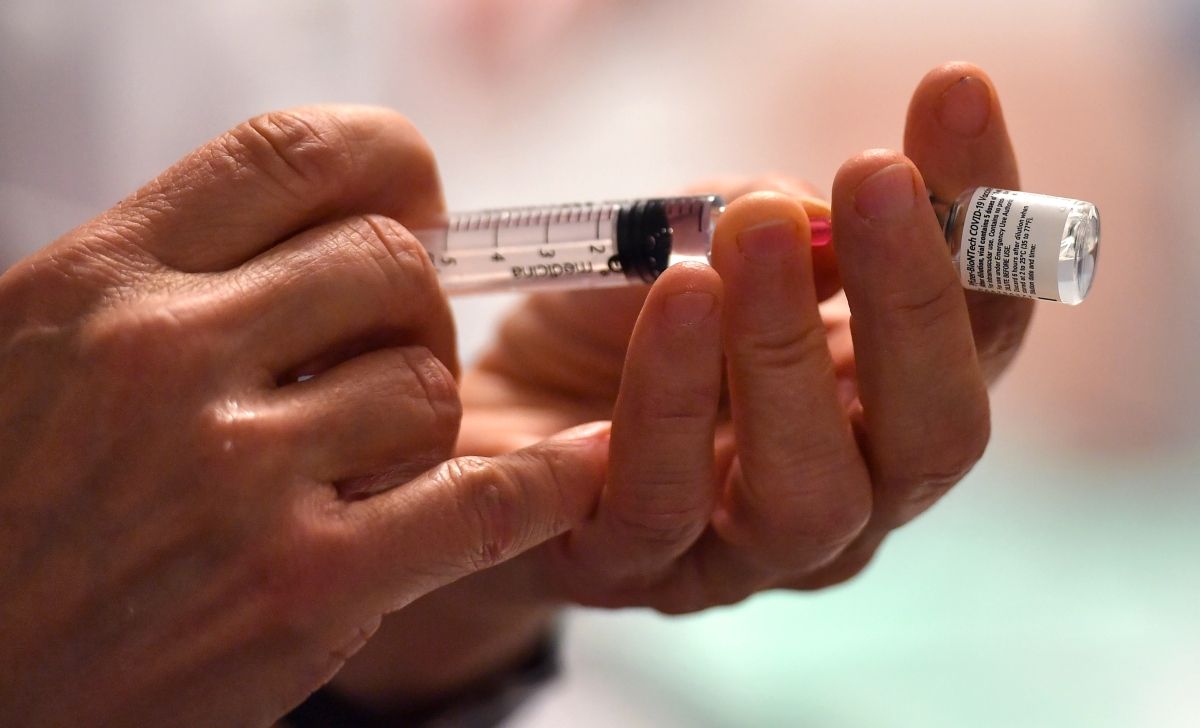 Claim:
Two scientific studies found that men should inject the COVID-19 vaccine into the penis, and that the vaccine increased penis size among some men.
Rating:

In late 2020 and early 2021, internet users shared a pair of bizarre screenshots that suggested that doctors had recommended men receive the COVID-19 vaccination injection in the penis, and also that a scientific study concluded receiving the vaccine increased penis size among some men.

The first screenshot appeared at first glance to have been taken from a CNN article, and contained the headline "Doctors encourage covid-19 vaccine injections in penis." The sub-headline was "Doctors are discovering that, for male patients, the penis offers the fastest release of the vaccine throughout the body." The first line of the article was presented as:

"Based on findings from a University of California study involving 1,500 men who received the vaccine,..." The article was a fake. CNN never ran such a story, and we could find no record of any scientific study matching the description contained in the screenshot. Furthermore, the imagery featured in the screenshot originated from entirely unrelated sources.

Firstly, the illustration showing the "safe area for injection" into a penis in fact came from an instruction manual for penile self-injection as a treatment for erectile dysfunction, taken from the website of the Kansas City, Missouri-area St. Luke's Health System.

Secondly, the doctor shown in the fake CNN article is Mohitkumar Ardeshana, a Claremont, California-based doctor of internal medicine. He told the Indian fact-checking website Boom that "The article is completely fake. I have not said anything about such a study. It is a work of mischief by someone."

The second screenshot appeared at first glance to be the opening page of a study presented as being published in the New England Journal of Medicine. The full text of the page can be viewed here, but the title of the article is presented as "SARS-CoV-2 Recombinant COVID-19 Vaccine has shown [sic] to increase penis length by 3 inches in some individuals."

The "Background" section of the supposed study read:

In a recent meta-analysis of COVID-19 studies researchers identified that those that believed that COVID-19 was not real had a shorter penis by 2-3 inches. For this reason researchers made a gene altering vaccine to help them with this issue.

Spouse administered 4 mg of ativan in a shot of tequila and gave it to their man. Once the conspiracty [sic] theorist was sound a sleep [sic], the vaccine was injected in the middle cerebral artery after teaching them how to do it in a pig. Of the 666 men who got the vaccine, 667 had an enlargement of their penis by a total of 2.5 +/- .8 inches. Spouses were very happy with the side effect of the vaccine. The study was a hoax. The spelling and grammatical errors and distinctly non-academic language contained in the article readily indicated that it was intended to be humorous, but definitive proof could be found in the fact that the article copied and pasted an entire section from a real study, which actually was published in the New England Journal of Medicine on Dec. 10, 2020. The following image shows the authentic article on the left, and the fake article on the right, with the identical "Methods" section highlighted in both: