Did Rep. Ilhan Omar Criticize AOC for Getting COVID-19 Vaccine?

Headlines appeared to allege drama between the two congresswomen. 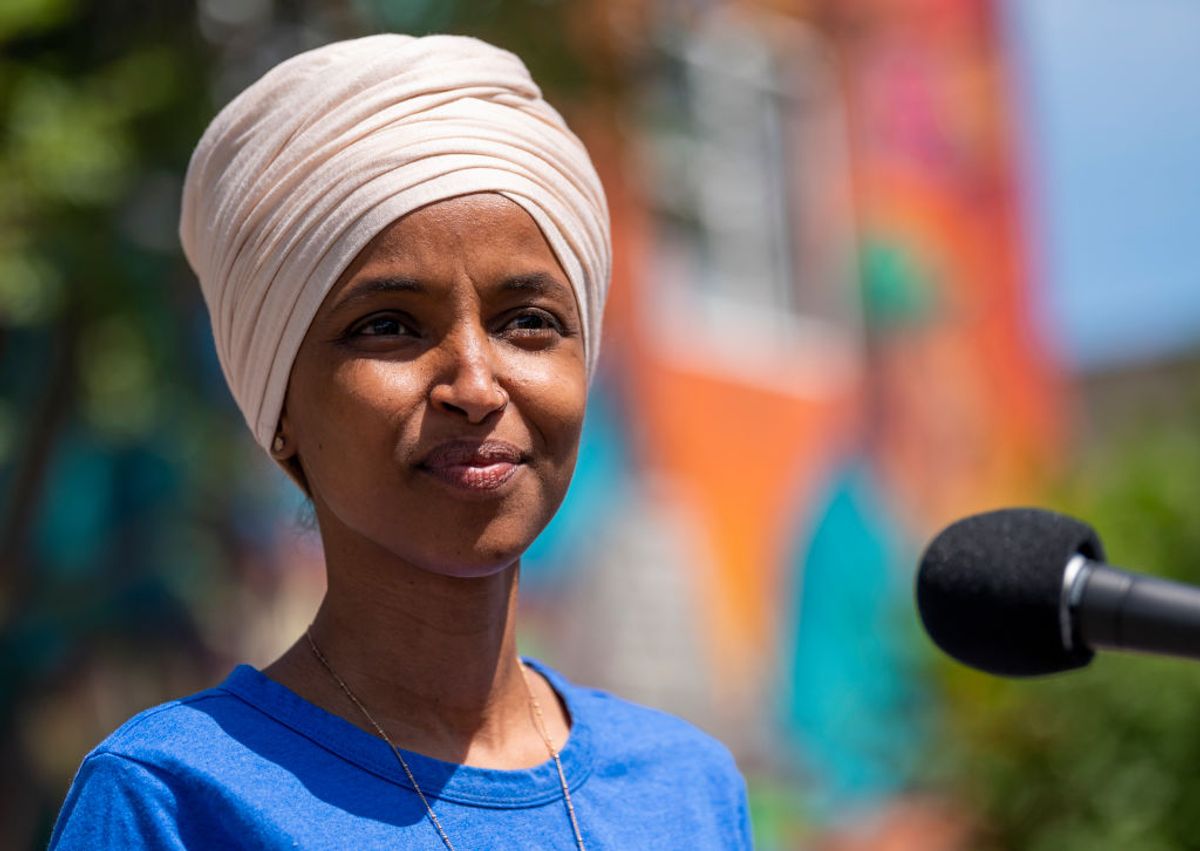 Omar made several public statements in late December in which she criticized federal politicians and their staff for receiving COVID-19 vaccinations before the majority of Americans.

None of Omar's statements were directed at Ocasio-Cortez, nor any member of Congress, specifically. Additionally, in one interview, Omar explicitly criticized members of the White House and their staff, not U.S. senators or representatives, for getting the shot.

In late December 2020, following the U.S. Food and Drug Administration’s approval of two COVID-19 vaccines, federal politicians were among the first Americans to have access to the immunization. Several members of Congress and President-elect Joe Biden shared their experiences of receiving the first of two required shots via press events and social media posts.

However, one high-profile member of the U.S. House of Representatives, Minnesota Democrat Ilhan Omar, garnered online headlines for forgoing the vaccination and allegedly criticizing colleagues who received the shot — including fellow "squad" member Rep. Alexandria Ocasio-Cortez.

In other words, without providing unrefutable evidence, the story asserted Omar appeared to have taken a "clear shot at lawmakers like her fellow progressive Ocasio-Cortez" in recent public comments that condemned politicians who received the shot.

The claim was misleading. Omar indeed called out federal leaders, including members of Congress and the White House, for getting vaccinated before "most frontline workers" and other Americans disproportionately impacted by the coronavirus.

However, Omar did not name Ocasio-Cortez nor anyone else specifically in her public statements. Additionally, she directed criticism over the matter at White House personnel, not members of Congress, in at least one interview.

At the same time, it was true to claim Ocasio-Cortez received the COVID-19 vaccine. She used Instagram on Dec. 18 to document the minutes before her vaccination and solicit questions about the process. The next day she reported she "took the jab" on Twitter, and she later said she decided to get the shot to show Americans that it's safe.

"Leaders [should] show we won't ask others to do something we wouldn't do ourselves," Ocasio-Cortez tweeted.

It was also true that after Ocasio-Cortez received the immunization, Omar tweeted the below-displayed post on Dec. 20, including a segment of a CNN video interview featuring Omar. When we think about it what gets to be prioritized is far away from what needs to be prioritized. Our frontline workers who have made the sacrifice to continue to make our country run should be the priority. People who have been disproportionately impacted by this virus should be the priority. The White House and their staff being prioritized in a time where so many people are being devastated by the coronavirus really is unfortunate, disappointing, and disturbing.

A few hours later she added on the matter: No evidence showed Omar purposefully composed the tweets after Ocasio-Cortez told the public she had received the shot, nor that the posts were subtle, inexplicit criticism of Ocasio-Cortez without naming her.

In other words, based on this available evidence, it would be just as easy to claim Omar's statements were an attack on Biden's decision to get vaccinated as it would be to consider them direct criticisms of her fellow congresswoman.

In addition to the above-displayed posts and CNN interview, we analyzed Omar's social media activity on other platforms as well as the statements on her official website and found no evidence to support the claim that she criticized Ocasio-Cortez directly, nor any other specific person, with regards to the COVID-19 vaccine.

During our research, we found other federal officials, including Republicans Sen. Rand Paul and Rep. Ken Buck, also attacked politicians for "skipping the line" on vaccinations. Ocasio-Cortez responded to Paul: In sum, while it was true Ocasio-Cortez was among those politicians who received the first dose of a COVID-19 vaccine before the majority of Americans, and it was also true that Omar made several public statements condemning federal leaders' decisions to get the shot in late December, it was not completely accurate to consider Omar's criticism a direct or personal attack on Ocasio-Cortez or any other specific politician.

For those reasons, we rate this claim a "Mixture" of accurate and untrue information.