Do COVID-19 Vaccines Make You Infertile?

Here are the facts behind claims of impotency, placenta issues, and swollen testicles. 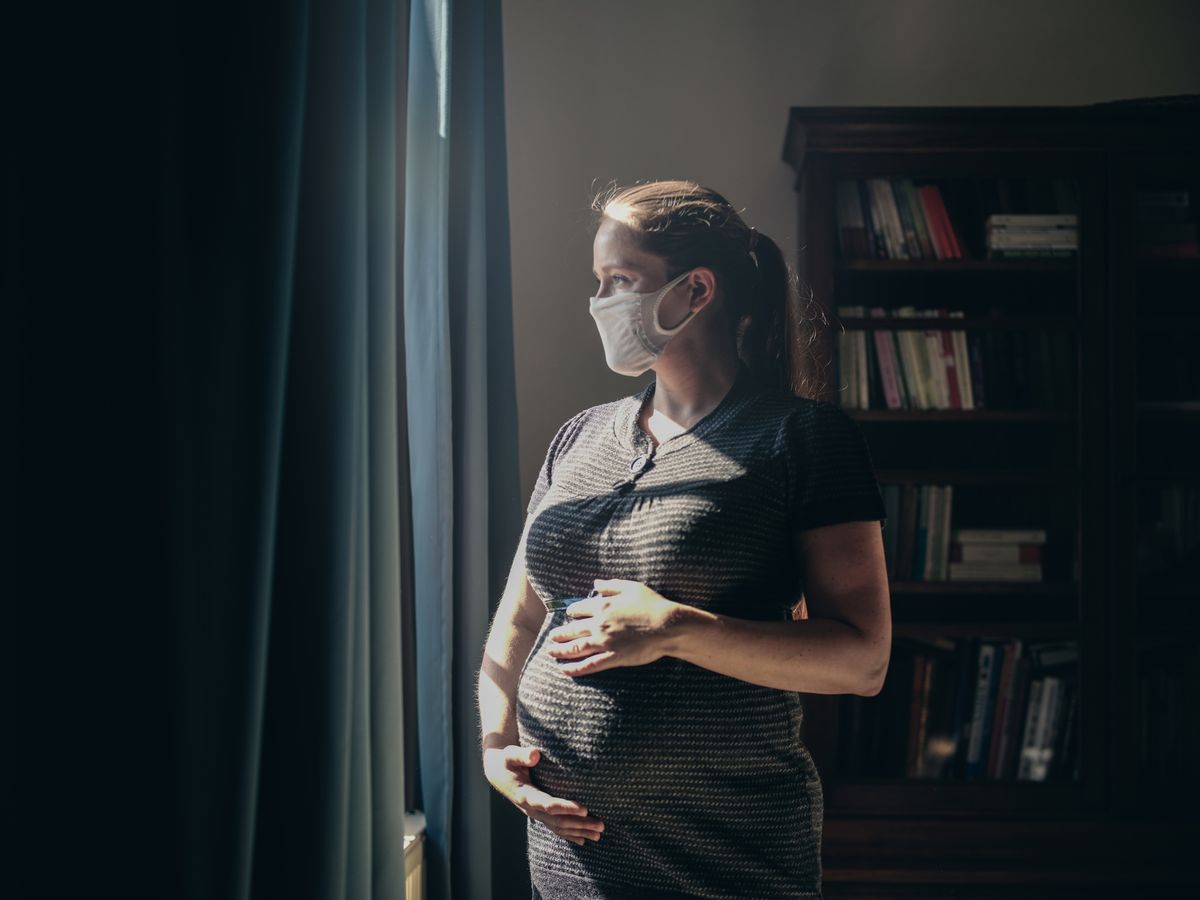 On Sept. 13, 2021, rapper Nicki Minaj told her roughly 23 million Twitter followers that she knew of someone who supposedly got vaccinated against COVID-19 and then became impotent with swollen testicles. The claim, which we address below, fueled news stories and social media chatter about a long-standing rumor: that COVID-19 vaccines can lead to infertility in both men and women.

That was not true, however. As of this writing, medical institutions — ranging from the Centers for Disease Control and Prevention (CDC) to the American Society for Reproductive Medicine — were aggressively attempting to combat false messages like Minaj's regarding infertility and vaccinations' alleged impact on reproductive systems, a process on which we elaborate below.

For people with female reproductive organs, the false theory stems from inoculations' real impact on recipients' immune systems. Vaccines produced by Moderna and Pfizer, for examples, use mRNA technology to train people's immune systems into producing antibodies that can fight the virus that causes COVID-19, technically called SARS-CoV-2.

"mRNA vaccines teach our cells how to make a protein — or even just a piece of a protein — that triggers an immune response inside our bodies," the CDC states.

That said, some people erroneously believe that those vaccine-produced antibodies could somehow mistake the SARS-CoV-2 spike protein with syncytin-1 — a different type of cellular formation that helps develop placentas and is vital for successful pregnancies. They operate under the false argument that the two proteins (SARS-CoV-2 spike protein and placenta protein) appear similar and, therefore, the inoculation's technology could easily confuse the two.

However, as biochemist Edward Nirenberg explained in a December 2020 blog post, the formulas of molecules (called amino acids) that make the two proteins have very few similarities. For one, the SARS-CoV-2 strand is shorter than the placenta protein: The former has 1,273 amino acids, while the latter has has 538, as reported by India's National Magazine Frontline.

"There is no plausible reason — no medical or scientific mechanism — for this vaccine to interact with a woman's reproductive organs or have any interaction with an egg that's been released or fertilized," family medicine doctor Laura Morris said in a news bulletin by University of Missouri Health Care (MU Health Care). "For your immune system to get mixed up and attack the placental protein would be like you mistaking an elephant for an alley cat because they're both gray.

"There is one small similarity, but the overall construction of the protein is so completely different, your immune system is way too smart to be confused by that."

Considering those biological facts, no reputable research has found COVID-19 vaccines complicate pregnancies or make it harder for women to conceive when studying the inoculations' impact on recipients' bodies. The CDC stated on its website, as of this writing: In other words, during clinical trials, unintended pregnancies occurred at similar rates in vaccinated and unvaccinated groups, as Victoria Male, a researcher of reproductive immunology at Imperial College London, summarized in the British Medical Journal. And, at assisted reproduction clinics, fertility measures and pregnancy rates were also similar between the two groups.

Meanwhile, it was true that tens of thousands of people reported changes to their period cycle or unexpected bleeding after receiving COVID-19 vaccinations as reported by reputable news outlets, including the BBC.

However, there was no evidence to link those menstrual changes to the vaccine recipients' fertility. Rather, the possible side effect appeared to be physical proof of how people's immune systems were responding to the vaccines — much like how some people have experienced a fever, chills, or headache after the shots.

Additionally, as Male wrote in the British Medical Journal, most people who reported the possible side effect said it was temporary and their cycles returned to normal the following month:

Menstrual changes have been reported after both mRNA [Pfizer and Moderna] and adenovirus vectored covid-19 vaccines [Johnson & Johnson],1 suggesting that, if there is a connection, it is likely to be a result of the immune response to vaccination rather than a specific vaccine component. Vaccination against human papillomavirus (HPV) has also been associated with menstrual changes.9 Indeed, the menstrual cycle can be affected by immune activation in response to various stimuli, including viral infection: in one study of menstruating women, around a quarter of those infected with SARS-CoV-2 experienced menstrual disruption.

Male and the National Institute of Child Health and Human Development (NICHD) were calling for more research into the potential connection between menstrual changes and the vaccinations.

While the possible side effect was largely "short-lived" and unrelated to fertility, Male wrote, understanding its full scope could help alleviate concerns among young women who falsely believe that the vaccinations could hurt their chances of future pregnancy.

"Failing to thoroughly investigate reports of menstrual changes after vaccination is likely to fuel these fears," Male stated.

All of this said, experts in reproductive health recommend vaccinations for everyone who's thinking about becoming pregnant, already with child, or breastfeeding — just like the rest of the population (over the age of 12).

Furthermore, medical experts say people who know they're pregnant should get the shots as soon as possible. That population faces a higher risk of hospitalization or death due to COVID-19 compared to everyone else. (See the CDC's full list of underlying medical conditions that could exacerbate a COVID-19 viral infection here.)

"We have no logical reason to believe that the vaccine impacts fertility in any way, but we have plenty of evidence that pregnant individuals who become sick with COVID-19 get sicker, on average, than non-pregnant individuals," Cecilia Stuopis, the medical director of the Massachusetts Institute of Technology (MIT) Medical, said in an update.

Also, aside from COVID-19's attack on pregnant people's respiratory system, evidence suggests the virus may be linked to potentially life-threatening pregnancy complications, such as preeclampsia, according to the MIT Medical update. And Mayo Clinic highlighted research that indicated pregnant women with COVID-19 were more likely to have premature births, cesarean deliveries, or babies that need neonatal care.

"If you're pregnant or trying to get pregnant, contracting COVID-19 is almost certainly more dangerous than getting vaccinated," Stuopis said.

As of this writing, reputable medical institutions, including the CDC, were refuting rumors about male infertility by pointing to a study at the University of Miami in which researchers recruited 45 healthy men between the ages of 18 and 50 with no underlying reproductive issues. The researchers examined the characteristics of their sperm, including the amount of them and how they moved, before and after the men got Pfizer-BioNTech or Moderna vaccines.

In conclusion, the study stated: "No man became azoospermic after the vaccine," or unable to produce sperm.

Meanwhile, Ranjith Ramasamy, the director of male reproductive medicine and surgery at the university, highlighted evidence that suggests the virus — not its vaccinations — can affect sperm counts and cause impotency. He worked on a study, for example, that examined penile tissue samples from two men who had COVID-19, and found blood vessel damage that would make it hard for blood to enter the penis for an erection.

"Interestingly, the male reproductive organs have been found to be vulnerable in moderate to severe illness, leading to reports of erectile dysfunction and orchitis," a condition that can result in swollen testicles, according to a summary by Ramasamy and other researchers.

Additionally, "the risk of infertility and erectile dysfunction increases with the severity of an infection," Daniel Nassau, a urologist at the university, told Frontline.

The impact of COVID-19 infections aside, there was no scientific support for Minaj's claim that the vaccines — the technology that aims to combat the virus — caused impotency or orchitis among people with male reproductive systems. "We've never seen that," Ramasamy told The Associated Press.

Ashley Winter, a urologist specializing in sexual dysfunction at Kaiser Permanente in Portland, Oregon, also emphasized in an interview with that news outlet that there was no evidence to substantiate any concerns over the vaccinations' potential threat to male fertility.

"On a population level, hundreds of millions of men have gotten this vaccine, and there's no study showing reduced erectile function in men who have been vaccinated," she said. "Fundamentally, we just have no study linking the vaccine to either swollen testicles or erectile dysfunction."

Ramasamy, Ranjith. "COVID-19 Could Cause Male Infertility and Sexual Dysfunction – but Vaccines Do Not." The Conversation, https://theconversation.com/covid-19-could-cause-male-infertility-and-sexual-dysfunction-but-vaccines-do-not-164139. Accessed 18 Sept. 2021.