A story about meth-addled cannibals came from a site that specializes in secondhand fake news. 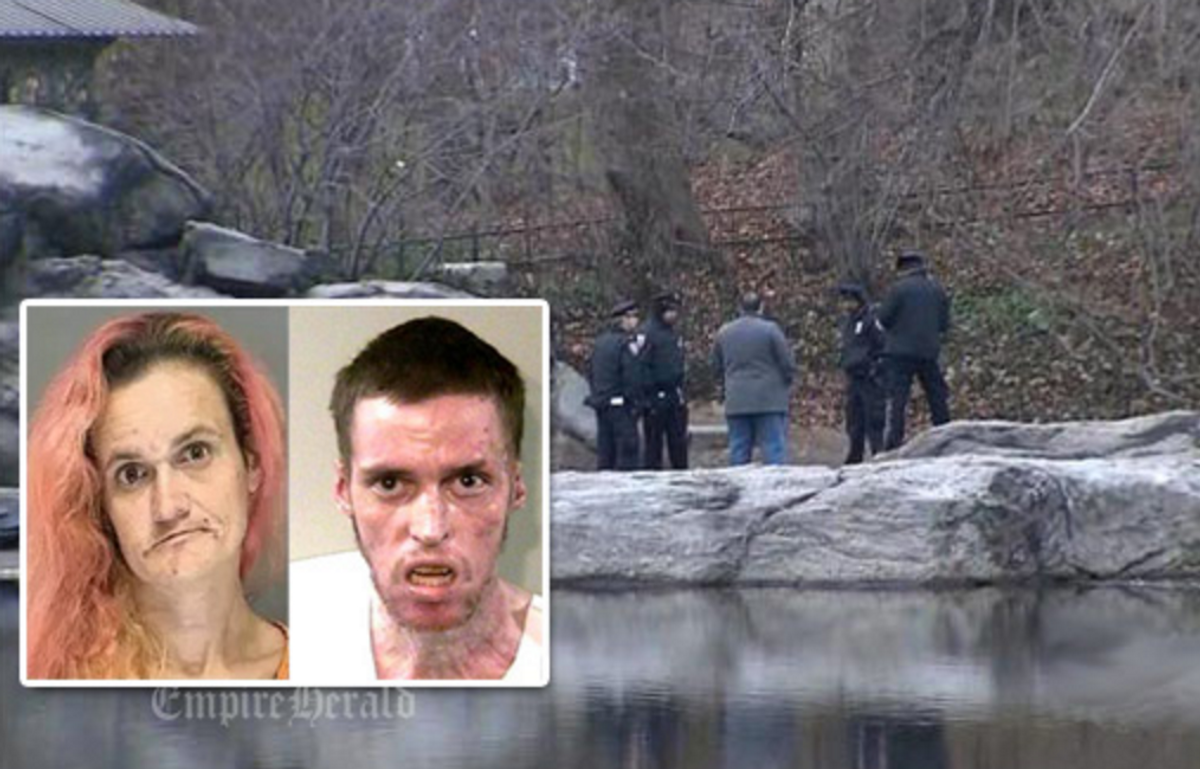 Claim:
A couple on crystal meth ate parts of a homeless person.
Rating:

In February 2016, a story appeared on a web site called Empire Herald that claimed a couple, high on "Crystal Meth," had attacked and partially eaten a homeless man in Central Park:

"We found a couple that met the description of the 911 reports we had been receiving," said Patrolman Sanchez. "My partner and I identified themselves and asked the couple to turn around. When they did, their faces were covered with blood and we heard the homeless man was crying for help. From what we could initially see, the two perpetrators had already eaten off every single one of the homeless man's fingers and began chewing off his toes when we arrived on the scene."

The scene would have been ghastly and horrifying, if it was real. However, Empire News is one of the many "satire" clickbait sites whose outrageous stories are passed around by the trusting or the credulous.

Other recent headlines include: "Woman Morgue Worker Arrested After Giving Birth to Dead Man's Baby," "Babysitter Discovers 'Clown Doll' in Kid's Room Was a Real Person, Raping the Child at Night," and "Man's Penis Gets Ripped Off After Attempting to Rape a Pit Bull."  There is no truth to any of these stories, which appear to have been gleaned from other "satire" sites.

The fact that the story contains no dates should be a giveaway that this story is completely false.  Add to that the fact that the photos are actual mugshots stolen from law enforcement web sites (for offenses that have nothing to do with cannibalism) and at the very bottom of Empire Herald "About" page is this disclaimer: