We found no evidence to suggest Costco toilet paper was any less safe for septic tanks than any other brand of bath tissue. 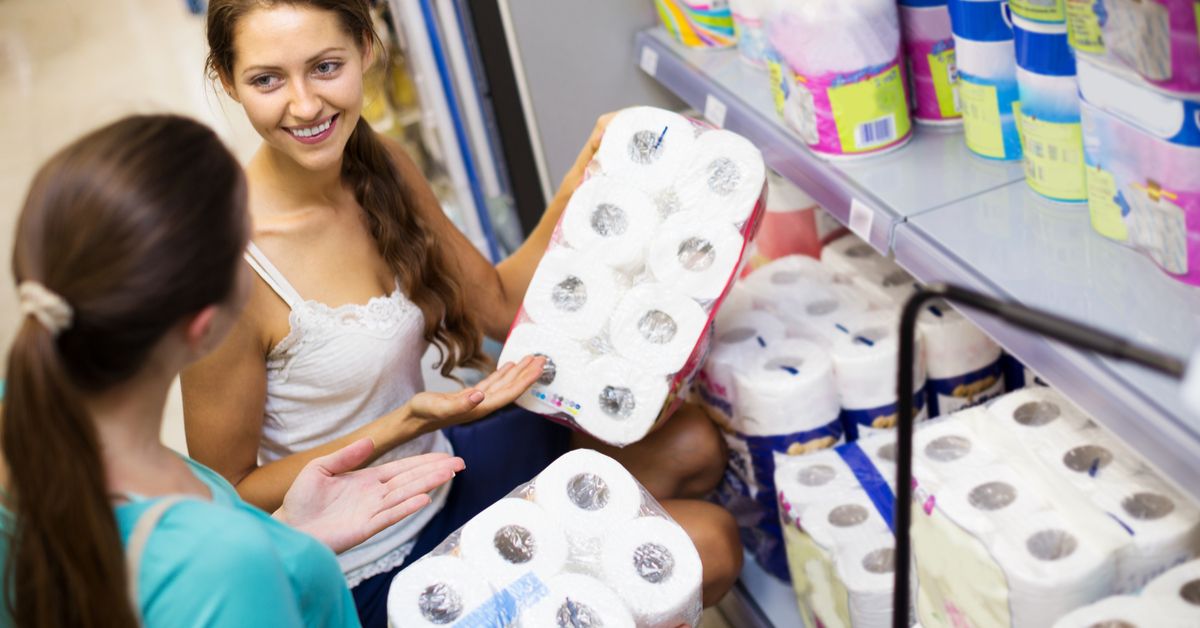 In early February 2018, a Facebook post about Costco toilet paper and its purported effect on septic systems began recirculating:

If you use Costco toilet paper then please read this!

In addition to the burst pipe, we also found out that there was an issue with our septic tank today.

When the guy looked in our septic tank, he said, 'You use Costco toilet paper.' We agreed that we did.

He said it is not biodegradable and does not break down which is why our septic tank was full of white toilet paper that was still intact.

He said even people who are on city services have issues because it clogs the pipe that takes their waste to the city pipe.

Eventually, the sewage will back up into your house.

I hope this helps someone else as it was an expensive lesson for us to learn.

The original post appeared on 28 January 2016, and the reasons for its renewed popularity in February 2018 are unclear. At any rate, a distinction made in the original post (perhaps lost on subsequent sharers) was the poster's reference specifically to a septic tank. The most recent data indicate only about 20 percent of American homes rely on that system versus a public sewer connection:

Nearly one-fifth of U.S. households are not connected to a public sewer ... The data is from 1990, which is the most recent state-level septic system assessment. The U.S. Census Bureau, which collected the data, stopped doing so for states and counties after 1990 because no federal agency regulates septic systems. A national estimate, from a much smaller sample size, is completed every two years as part of the American Housing Survey.

The percentages are similar for Canada, where the post appears to have originated.

The claims made, if accurate, would not be applicable to a majority of Facebook users in North America, whose homes are connected to a municipal system. Use of a septic tank in homes without sewer lines is a consideration for inhabitants, and certain products are designed and marketed to be safer for those less common systems. Plumbing chain Roto-Rooter's blog addressed the differences between septic tanks and public sewers in a comprehensive 2015 post.

In a separate 2017 blog post, Roto-Rooter addressed the often-asked question of whether all toilet paper is truly "septic safe":

The truth is toilet paper is designed to be flushed, and there is no evidence that your septic tanks will have any difficulty filtering out standard toilet paper. You may continue to buy your favorite toilet paper and flush it with impunity, provided you don’t try to flush too much all at once. However, if you are still concerned or skeptical that toilet paper cannot hurt your septic tank, there are a few steps you can take.

We reached out to a representative for Roto-Rooter, and received a detailed response about whether specific toilet paper posed a risk to septic systems in particular:

Having grown up in a house with a septic tank, I can understand the concern that homeowners with septic tanks have about using toilet paper that breaks down as quickly as possible. Most septic tanks are located less than ten feet from the house, so the toilet paper that is flushed doesn’t travel very far down the pipe before arriving at its final destination. And septic tanks don’t have an agitator to churn the waste and expedite the breakdown of toilet paper ... toilet paper itself cannot and will not damage drainpipes, sewers or septic tanks. No brand of toilet paper that Roto-Rooter is aware of can cause a clog inside a properly maintained, modern drainpipe or residential sewer. All brands of toilet paper are designed to break down quickly in agitated water, but it stands to reason that thinner single-ply paper breaks down faster than thicker 2-ply. A toilet flush begins the breakdown process and the paper continues to disintegrate as it travels through the turbulent waters of drain and sewer pipes. To provide comfort, luxury brands tend to be slightly thicker and so they may stay intact a little bit longer than very thin single-ply toilet paper. But again, no toilet paper can cause damage to your pipes.

The real source of toilet backup trouble is usually with the drainpipes themselves. For instance, older homes built before the mid-1970s commonly have cast iron drainpipes. Over the years, the galvanized coating on the inside of the pipes wears away and exposes the iron, causing the pipe to gradually rust away. Over time, the iron oxide (rust) degrades the pipe from the inside crating a billowy, uneven surface that slowly decreases the inside diameter of the pipe, much like plaque in a human artery. When an iron pipe is at this life stage, toilet paper, wet wipes and even solid waste tend to get caught on the rusty uneven surface and form a clog, causing a toilet backup. Eventually, the rust will close off water flow completely, and the pipe must be replaced. But before such time, the homeowner is forced to deal with slow drains and more frequent backups.