The $4.99 price tag has held firm for one of the company’s most popular items. 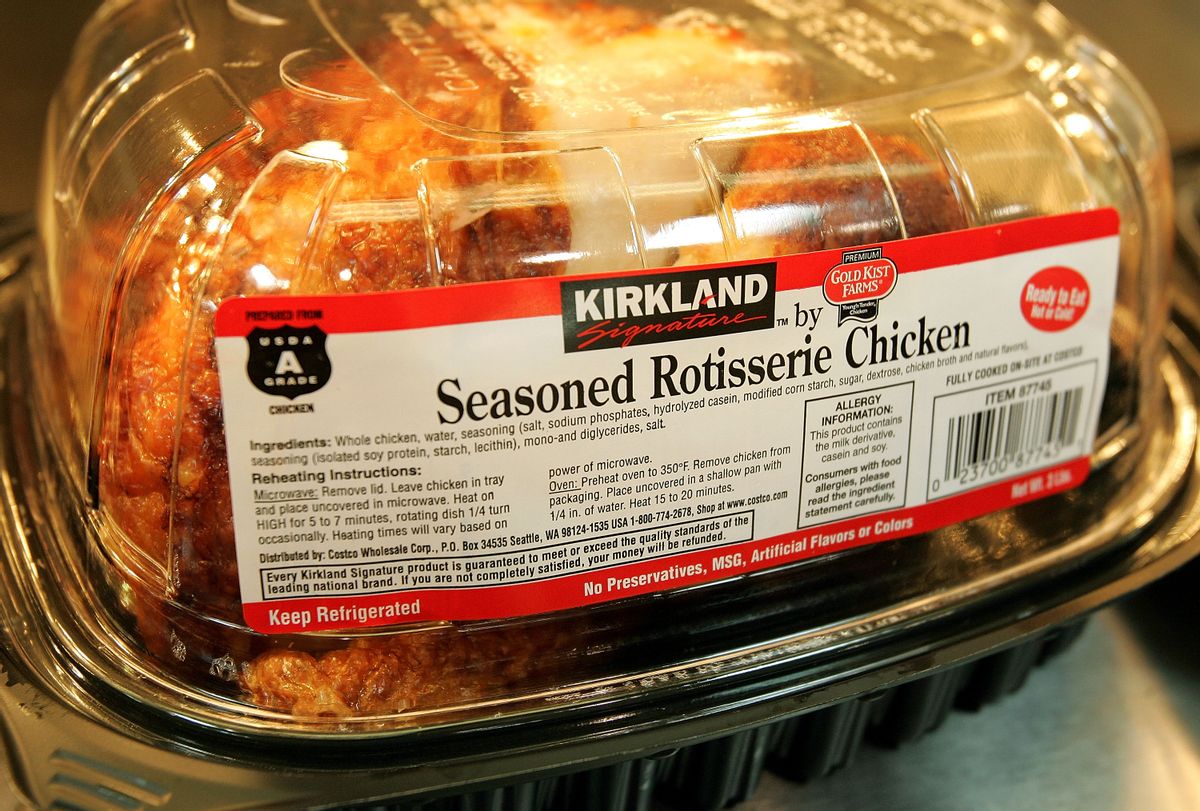 Claim:
Costco loses an estimated $30 to $40 million a year by keeping rotisserie chickens at $4.99 each. But the company would rather keep members happy and foot traffic high.
Rating:

In 2015, Costco's chief financial officer said the company was willing to sacrifice "$30 million, $40 million a year on gross margin” by keeping the chicken’s price at $4.99. Many attribute this to the fact that customers go to Costco to buy more than just the chicken, and this inspires brand loyalty.

The actual losses from the rotisserie chicken price in recent years is unknown, and the company has declined to offer figures.

Costco’s rotisserie chicken is a famous staple of the wholesale chain store — not just because it is considered to be delicious, but because it costs only $4.99. The chickens have pulled consumers in to Costco for decades, and in 2018 alone, the company reportedly made $91 million from sales of the item.

Despite rising costs, the company has kept the price at $4.99. According to a tweet from Uber Facts, this is important to keeping customers happy and shopping consistently in the store:

Indeed, many argue that Costco keeps the price of this item cheap because it is a “loss leader,” which means that the company swallows the losses because the item helps draw customers who end up buying a lot more than just the chicken from the store. A popular TikTok video explains it in the following way:

The estimated losses for the company were revealed in a statement from Costco’s chief financial officer (CEO), Richard Galanti, in 2015, when he said Costco was willing to sacrifice "$30 million, $40 million a year on gross margin by keeping it at $4.99.” But by 2019, Jeff Lyons, senior vice president of fresh foods, declined to tell CNN whether Costco still loses money selling the rotisserie chicken at that price.

The chicken isn’t the only item that allows customers to get a good deal and is zealously kept cheap. The co-founder of the company once threatened to kill the CEO when he wanted to raise the price of the $1.50 hotdog and soda combo. The CEO described the story of the hotdog here:

I came to (Jim Sinegal) once and I said, ‘Jim, we can’t sell this hot dog for a buck fifty. We are losing our rear ends.’ And he said, ‘If you raise the effing hot dog, I will kill you. Figure it out.’ That’s all I really needed. By the way, if you raised (the price) to $1.75, it would not be that big of a deal. People would still buy (it). But it’s the mindset that when you think of Costco, you think of the $1.50 hot dog (and soda).

It thus boiled down to building customer loyalty by giving people a good experience through consistent prices.

Given that we don’t really know how much Costco has lost in recent years over this pricing choice, though, we rate this claim as a “Mixture.”