The message was supposedly documented in a photo of a Costco Wholesale gas pump displaying a Kirkland Fuel logo and a total of $147.34 for 26.458 gallons purchased. 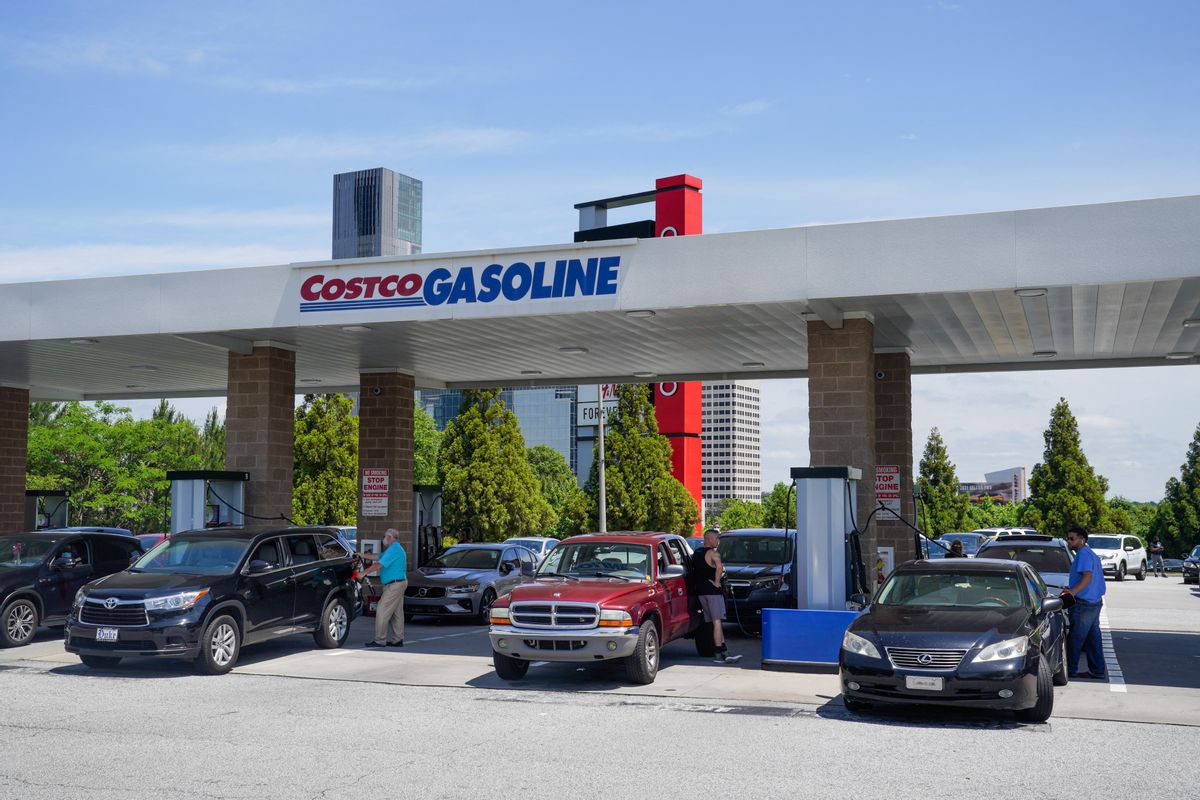 In late May 2022, a picture was shared to social media that showed a Costco Wholesale gas pump screen with the words, "Don't blame us. Blame Joe Biden." It was often shared in posts with captions such as, "Costco knows what's up," and "Forget stickers. Costco just went digital." The latter caption referred to the fact that some supporters of former U.S. President Donald Trump had placed stickers on gas pumps with current President Joe Biden's face that read, "I did that!"

The picture of the Costco gas pump screen showed two options for the message that both read "Yes," instead of one for "Yes" and one for "No." These two options are often included on gas pump screens to ask if customers are interested in receiving a printed receipt. The screen showed a total of $147.34 for 26.458 gallons purchased. While some users may have believed that a tech-savvy person reprogrammed the screen, a quick review of the photograph showed that it had been doctored, likely with Adobe Photoshop.

Readers asked us about the picture. We went searching for the social media posts that had the most interactions. On May 24, it was shared to Twitter and received more than 1,000 likes:

We noticed that the "Blame Joe Biden" Costco photograph was also shared to Facebook several times. One post from May 27 received more than 12,000 shares in just four days.

According to FotoForensics.com, a website that allows users to examine an image to see if it's been altered, the picture was indeed doctored. This may have been obvious to some readers, as the words about Biden didn't appear to be in the correct perspective from where the camera captured the photograph of the Costco gas pump screen.

There's also an extra "Yes" that was left behind above the screen, which appeared to be in the same font as the words on the screen. A report from LeadStories.com noted that the extra "Yes" was positioned in the exact center of the picture, both horizontally and vertically. This meant that the person who doctored the photograph had likely pasted a new layer in Adobe Photoshop and forgot to move or delete it, since pasting a new layer can place it in the dead center.

This basically served as a dead giveaway that the picture had been altered. This extra, floating "Yes," which we circled above, appeared to be a mistake by the person who doctored the picture.

In sum, no, a Costco gas pump screen did not actually read, "Don't blame us," nor did it say, "Blame Joe Biden." It was a doctored picture.

Frankel, Todd C. “After Another Massacre, One Gunmaker Maintains a Familiar Silence.” Washington Post, 29 May 2022, https://www.washingtonpost.com/business/2022/05/29/uvalde-rifle-gunmaker-morality/.