Did Cory Booker 'Defend' Jared Kushner After Receiving Donations From Him?

Some commentators have drawn a link between Kushner's contributions and the New Jersey Senator's stance on removing Kushner's security clearance. 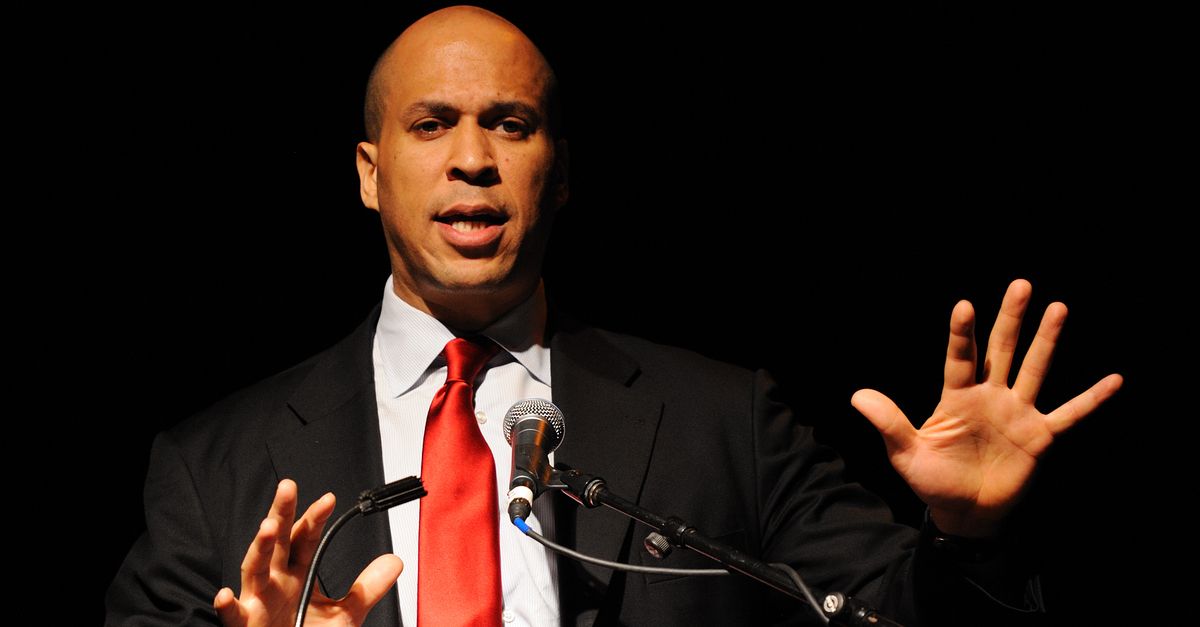 Between 2009 and 2014, Jared Kushner and his immediate family contributed tens of thousands of dollars to Cory Booker's campaigns; in May 2017, Booker declined to call for Kushner's security clearance to be revoked.

Booker did not defend Kushner, but called for an investigation into the allegations surrounding him.

Whether there is any link between Booker's May 2017 remarks on Jared Kushner's security clearance and past campaign donations by the Kushner family.

New Jersey Sen. Cory Booker was reticent about the Democratic National Committee's proposal to revoke White House adviserJared Kushner's security clearance during a 28 May 2017 appearance on CNN's State of the Union.

The proposal came in response to reports that Kushner, who is also Trump's son-in-law, had sought to open an unofficial "back channel" for communications with the Russian government.

Booker's lack of support for removing Kushner's security clearance has prompted some commentators to draw a link to Kushner's past donations to the New Jersey Senator's political campaigns. For example, the day after his appearance on State of the Union, the International Business Times (IBT) printed Booker's remarks about Kushner side by side with details about Kushner's past donations:

New Jersey Democratic Sen. Cory Booker — a potential 2020 White House contender and recipient of major campaign contributions from Jared Kushner and others in the Kushner family — declined to endorse his party's call for the White House to revoke the security clearance of the president's son-in-law.

Later that day, the Democratize US web site ran with IBT's report claiming that Booker "came to Kushner's defense" on CNN, and adding that "progressives are livid." The web site AlterNet republished IBT's article with the headline "Democrat Cory Booker Defends Jared Kushner — After Receiving Loads of Campaign Cash."

First, here is exactly what Cory Booker said on CNN:

Host Dana Bash asked the Senator: "Are you with the DNC in wanting Jared's security clearance to be suspended?"

At first, Booker did not directly answer that question:

Well I think this should really raise a lot of concern and I think the media around this is not overblown, in the sense that you have Republicans and Democrats coming out and saying "Hey, wait a minute, that's very problematic."

So one is this administration's not talking about our values, cozying up to authoritarian leaders, and the other pattern we have is just this continuous drumbeat of inappropriate contacts with the Russians.

When Bash pressed him, Booker replied:

Well, again, I think we need to first get to the bottom of it and he needs to answer for what was happening at the time. It raises very serious concerns for me.

That [the removal of Kushner's security clearance] could be a potential outcome that I seek, but I want to understand — at least hear from — Jared Kushner, as well as the administration, about what was exactly going on there.

While these remarks fell short of the DNC's explicit call for Kushner to be fired and have his security clearance revoked, they were roughly similar to those made by other leading Democrats.

On 28 May 2017, Senator Dick Durbin declined to comment at all when asked about the allegations surrounding Jared Kushner, and the question of his keeping his security clearance, on Fox News Sunday.

The following day, Representative Adam Schiff — the ranking Democrat on the House Intelligence Committee — appeared on ABC's This Week and supported a "review" of Kushner's clearance, but not its immediate removal, although he did say he would support revoking it if Kushner was found to have been untruthful. The day after that, Senator Al Franken appeared on CBS This Morning and also stopped short of supporting the proposal.

Now for a look at Jared Kushner's past contributions to Booker's political campaigns.

Jared Kushner has personally donated a total of $40,400 to Cory Booker, and members of his immediate family have contributed a further $166,800.

The Kushner family and Ivanka Trump have long records of contributing tens of thousands of dollars to many political candidates, mostly Democrats, over the years. Their donations to Booker were far from unique or unusual, but rather part of a pattern of campaign contributions to New Jersey and New York politicians.

However, even before Donald Trump's election as President, the Kushner family and Ivanka Trump had a prominence and influence in New York and New Jersey business and politics beyond what is reflected in their donations to Booker.

Does this mean Booker's comments on CNN on 28 May were influenced by past donations from the Kushner family, and his connections to Jared Kushner and Ivanka Trump? It's unclear.  The Kushners have been prolific donors to many political candidates over the years, and Booker has received millions of dollars from thousands of contributors during his political career.

And finally, what Booker actually said on CNN shouldn't be exaggerated. He didn't "defend" Kushner, as some commentators have claimed. The Senator said Kushner should "answer for what was happening at the time", and called for an investigation, saying the reports of Kushner's secret communications with Russia were "not overblown" and raise "very serious concerns."

However, these two separate facts are both accurate: First, Cory Booker has in the past received campaign donations from Jared Kushner and his family; second, while the DNC called for Kushner's security clearance to be revoked, Booker — like other leading Democrats — declined to go that far.

6:23 pm, 31 May 2017: Updated to include the statements of other Congressional Democrats and clarify that the DNC had called for Jared Kushner's security clearance to be revoked.