Was a Coral Reef Taller Than the Empire State Building Discovered in the Great Barrier Reef?

It was the first detached reef to have been discovered in the area since the late 1800s. 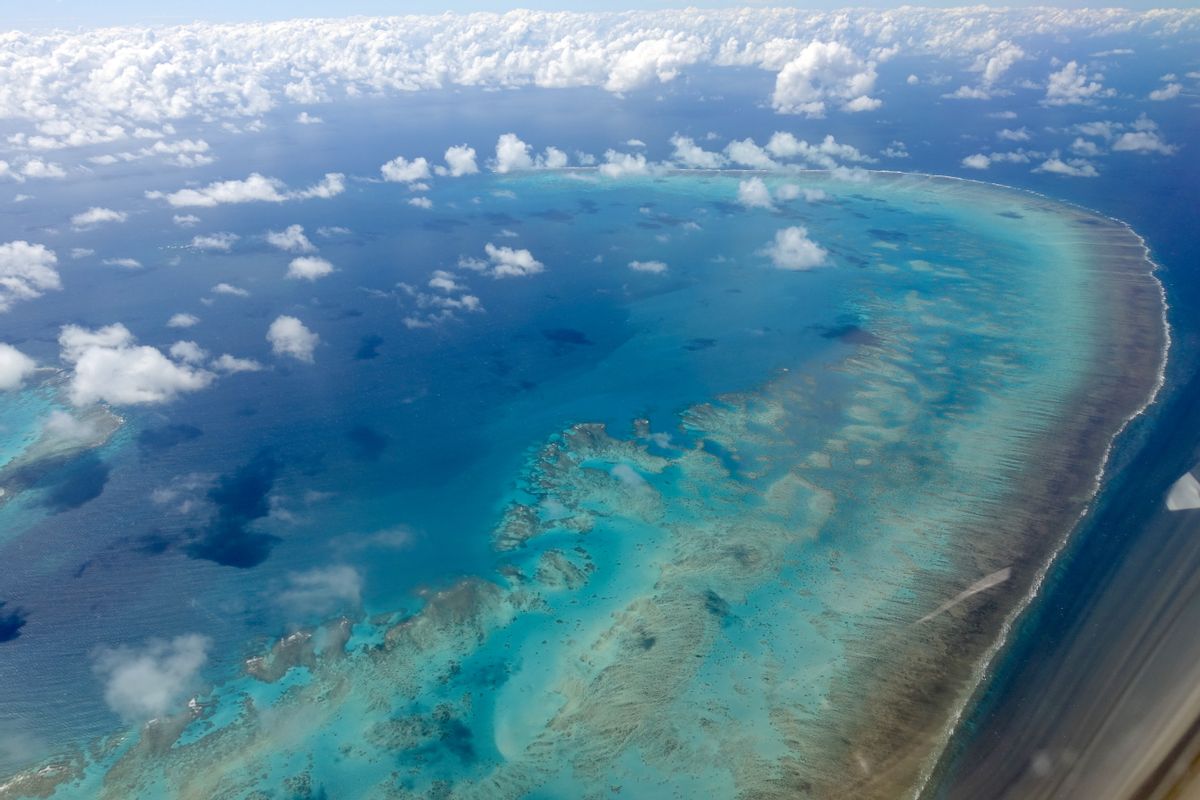 Claim:
Australian scientists discovered a 1,600-foot-tall detached coral reef in the Great Barrier Reef, making it the first to be discovered in the region over a century.
Rating:

For the first time in more than 120 years, Australian scientists have discovered a large, detached coral reef in the Great Barrier Reef stretching 1,600 feet from the seafloor to measure taller than the Empire State Building in New York.

The coral reef discovery was announced by the ocean exploration nonprofit Schmidt Ocean Institute on Oct. 26, 2020, when scientists aboard research vessel Falkor came upon the enormous reef during a year-long expedition exploring the oceans surrounding Australia as part of the Northern depths of the Great Barrier Reef project.

Falkor operates the remotely operated vehicle (ROV) SuBastian, which is connected to the ship by a fiber optic cable that sends live video feeds from the seafloor to the vessel, and then out to the public in real-time via telepresence. Researchers were conducting underwater mapping of the northern Great Barrier Reef, a UNESCO World Heritage Site, and the planet’s largest coral reef system.

The base of the blade-shaped reef is nearly a mile wide, and rises more than 1,600 feet from the seafloor to just over 130 feet below the surface of the ocean. Scientists were able to visually record the reef using video systems aboard the ROV, as well as to conduct three-dimensional mapping — a combination that together helps the scientific community to better understand the broader ecosystem.

“To find a new half-a-kilometer tall reef in the offshore Cape York area of the well-recognized Great Barrier Reef shows how mysterious the world is just beyond our coastline,” said Jyotika Virmani, executive director of Schmidt Ocean Institute. “This powerful combination of mapping data and underwater imagery will be used to understand this new reef and its role within the incredible Great Barrier Reef World Heritage Area.”

Made up of around 3,000 individual reefs, the Great Barrier Reef is the largest living structure on Earth, and is visible from space, according to the Great Barrier Reef Foundation. Though its scale is massive, it is actually made up of millions of tiny organisms known as coral polyps that collectively build larger colonies generally known as corals.

These “rainforests of the sea” that provide life to about one-quarter of the oceans’ fish species. Iconic to the Great Barrier Reef, shallow water corals form symbiotic relationships with photosynthetic algae called zooxanthellae that live in the tissue of coral and provide the brightly colored hues associated with shallow corals. Coral provides a home to the zooxanthellae, which in turn photosynthesize sunlight to produce carbohydrates and food for their hose.

Deep-sea corals like those found by Falkor live in deeper, darker, and colder waters, where light often does not reach. These corals do not rely on photosynthesis for food, but rather capture and prey upon plankton and organic matter that drift in the water column.

“This unexpected discovery affirms that we continue to find unknown structures and new species in our Ocean,” said Wendy Schmidt, co-founder of Schmidt Ocean Institute. “The state of our knowledge about what’s in the ocean has long been so limited. Thanks to new technologies that work as our eyes, ears and hands in the deep ocean, we have the capacity to explore like never before. New oceanscapes are opening to us, revealing the ecosystems and diverse life forms that share the planet with us.”

The reef was unnamed as of the time of this writing, and it joins seven other detached tall reefs in the area that have been mapped since the 19th century.