Did Cops 'Take a Knee' and Leave the Washington Redskins Stranded Overnight in Their Locker Room?

No, police didn't strand the football team in their locker room after a game against the Philadelphia Eagles (or any other team). 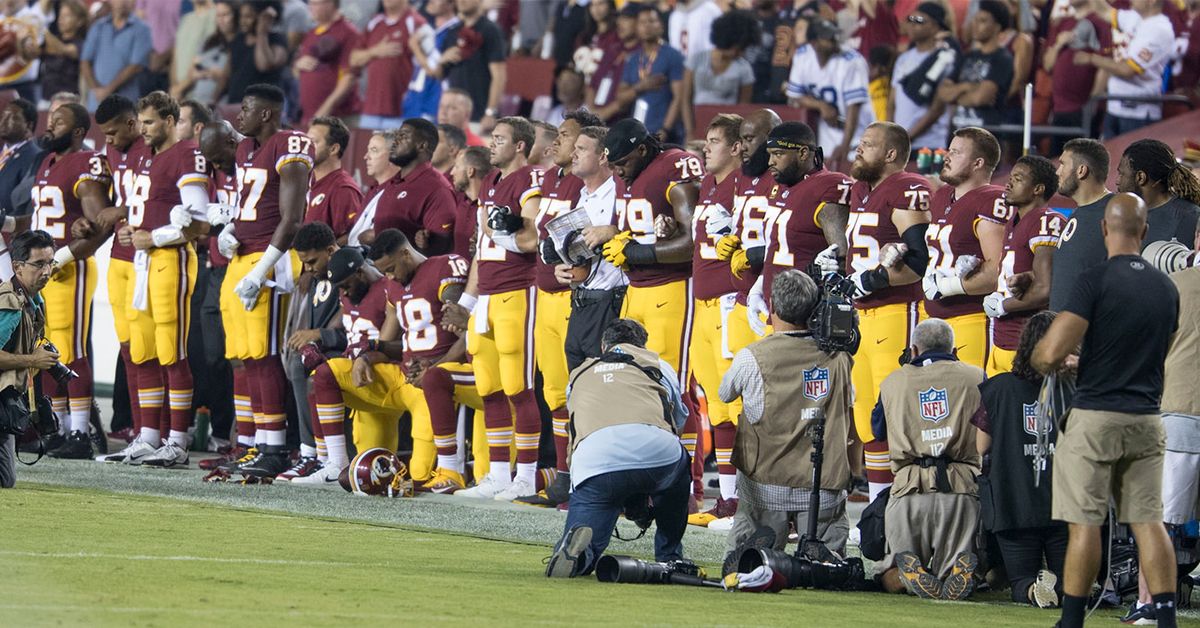 Claim:
The Washington Redskins were stranded in their locker rooms overnight by Philadelphia police angry that players "took a knee" during a game against the Eagles on 23 October 2017.
Rating:

On 24 October 2017, an article began circulating on Facebook with the claim that law enforcement officers in Philadelphia retaliated against Washington Redskins players who "took a knee" to protest police brutality by refusing escort players from their locker room after a game:

The Washington Redskins allowed 11 of their players to take a knee for the National Anthem ... enraging fans and local law enforcement in Philadelphia. After the game, the 14 officers assigned to seeing the team safely to their bus decided to show them the same respect they’re showing our veterans.

The men lined up in front of the door, took a knee, put a fist in the air and shouted “Blue Lives Matter!” Then the captain informed them that they were “on their own” and the corp walked out ... it wasn’t until after 5 AM when tailgating closes at the stadium that the team was safe enough to start their long-haul back to DC.

The Philadelphia Police Department released a statement that those officers are on the stadium payroll during games and therefore not subject to disciplinary action. Stadium officials say the matter will be handled internally. In other words, good job, fellas. Show those entitled brats how things really work.

Although it is true the Redskins played the Eagles in Philadelphia on 23 October 2017, the claim about police "trapping" players in their locker room is completely false. Freedum Junkshun is a fake news site, and a disclaimer displayed on the footer of every page plainly states the purpose of its content:

Its story about the Washington Redskins being punished by Philadelphia police for "taking a knee" is a variation of a previous claim (wildly popular, and also completely untrue) that the New Orleans Saints were similarly stranded when a flight crew did the same, then refused to transport the team after an away game. An image used to illustrate the claim dates back to a September 2016 Philly.com article about a local mosque hosting a breakfast for Philadelphia police officers.