Headlines mischaracterized the connection between Richard Rivera, who served a prison sentence for a police officer's death, and a 2020 initiative by Gov. Andrew Cuomo. 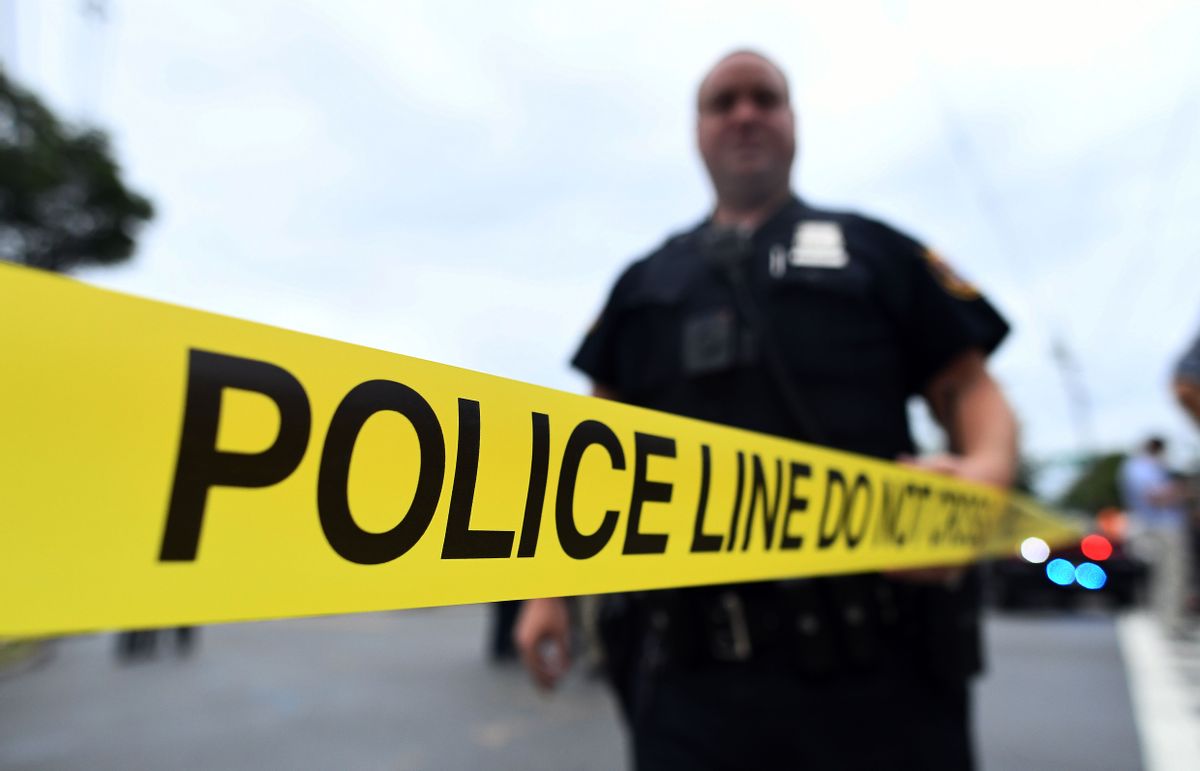 Claim:
Richard Rivera, who served a 39-year prison sentence for fatally shooting a New York City police officer in 1981, helped the city of Ithaca and Tompkins County attempt to reform policing in 2021.
Rating:

After his prison release in July 2019, Rivera started working for nonprofits that aim to eliminate economic and racial disparities in Tompkins County's criminal justice system and volunteered to help homeless residents stay healthy during the COVID-19 pandemic. To brainstorm ideas to reform local policing in 2021, local officials picked roughly 40 people — including Rivera — to help them gather information from historically marginalized groups.

On March 29, 2021, The New York Post published an article that claimed local officials in upstate New York were attempting to follow an executive order by Gov. Andrew Cuomo to reform policing in light of George Floyd's death by recruiting a "cop-killer" to work on their behalf.

The story, which Fox News recirculated, alleged that:

He fatally shot an NYPD cop execution-style decades ago in a Queens bar — and now Richard Rivera is helping reform police in upstate New York as part of a state-mandated plan launched by Gov. Andrew Cuomo.

The cop-killer — who murdered off-duty officer and dad-of-four Robert Walsh in 1981 — sits on a panel for Ithaca and Tompkins County as part of its “Reimagining Public Safety Collaborative.’’

This underlying claim was true: A man named Richard Rivera was indeed helping the city of Ithaca and Tompkins County brainstorm potential changes to the role of law enforcement in their communities after serving a 39-year prison sentence for fatally shooting New York City Police (NYPD) officer Robert Walsh in 1981. We lay out evidence to substantiate that conclusion below.

However, The New York Post story lacked critical context about Rivera's post-prison life -- information that was pertinent to explaining his involvement in the local "Reimagining Public Safety Collaborative" by the city and county located roughly 240 miles northwest of New York City -- as well as mischaracterized the connection between his criminal background and Cuomo's Executive Order 203.

We should note here the New York Post story reported that Robert Walsh Jr. -- a child of the deceased police officer -- said through a representative that the family was "completely shocked" that their father's killer was "being trusted to create police reforms."

By contacting New York City's Police Benevolent Association (the union representing active and retired NYPD officers), we attempted to reach the Walsh family ourselves to corroborate that alleged sentiment, and to hear more of their thoughts regarding Rivera's participation in the "Reimagining Public Safety Collaboration." We did not receive a response, but we will update this report if we do.

First, let us address the major flaws in the tabloid story's framing of Walsh's death and a 2021 state initiative spurred by global protests against systematic racism in policing after Floyd's death while in police custody.

What Is The "Reimagining Public Safety Collaborative"?

In summer 2020, Cuomo issued a directive (full text here) requiring municipalities across the state to gather input from residents, police leaders, and elected officials, and then use that feedback to submit a region-specific plan to improve public safety by April 1, 2021. The order, however, did not lay out specific rules or processes for how local governments could meet those objectives.

In other words, Cuomo's executive order did not include specific guidelines for who could be leaders of, or participants in, the efforts to solicit community input or brainstorm ideas to restructure government agencies, subsequently leaving those decisions up to local officials. As a result of that fact, it was erroneous to frame Rivera's participation as directly related to the state-mandated order.

Next, to learn how Tompkins County and Ithaca was attempting to meet the governor's order via the so-called "Reimagining Public Safety Collaborative," we reached out to the local government bodies.

Among such committees was the "Communications/Community Working Group," of which Rivera was indeed a member alongside eight other people, according to county records and Recckio's email to Snopes. That group was established, specifically, to help the officials compile the perspectives of people from historically marginalized groups, specifically Tompkins County residents of color.

"We've been canvassing the community to get the narratives of those most impacted by policing," Rivera, 57, said at a March 25 virtual town hall to discuss the effort.

According to the county spokesperson, government officials selected Rivera for the role because of his social justice activism. "Richard was chosen because of his work in the community connecting with and advocating for marginalized groups, including individuals reentering from incarceration and those who are experiencing homelessness," Recckio's email said.

Who Is Richard Rivera?

After leaving prison in summer 2019, where he earned bachelor's and master's degrees, Rivera started working for nonprofits that aim to eliminate economic and racial disparities in Tompkins County's criminal justice system and volunteered to help chronically homeless residents during the COVID-19 pandemic.

As of this writing, he was working for an Ithaca-base nonprofit that offers a variety of services to people suspected of committing crimes or who have recently been incarcerated, according to the organization's website and a May 2020 video in which Rivera explained his advocacy. He's also part of an organization that researches systematic issues challenging previously incarcerated people via a partnership with Cornell University.

Additionally, Rivera regularly delivered socks and other necessities to people living at Ithaca's homeless encampment called "The Jungle," according to a local newspaper and the above-mentioned video.

"I started working with the HIV population in prison and watched a lot of my friends die," Rivera said in the clip at the homeless encampment. "During that period of time, I learned a great deal of compassion and empathy and recognizing that everybody is worth treating with dignity and respect."

The second oldest of nine siblings, his childhood in New York City was "plagued by chaos, neglect, and violence" with a mother who suffered from chronic mental health issues and a stepfather who was abusive, according to The Appeal, an agenda-focused media outlet that highlights social issues. At age 8, Rivera stopped going to school and started working the streets to supposedly help his younger siblings with money.

By age 16, he had developed a cocaine addiction and leveled-up from minor thefts and panhandling, per The Appeal profile. He told WENY News decades later that, on the night of Walsh's death, he and his friends were driving around -- smoking weed, snorting cocaine, and drinking booze -- and decided to rob a neighborhood bar in Queens. On Jan. 12, 1981, wearing panty-hose over their faces and brandishing guns, Rivera and two of his friends charged the bar, while another young man served as their getaway driver, according to news archives by The Daily News. The robbers dispersed across the business, and Rivera stayed near the front entrance to announce the robbery.

At that point, NYPD Officer Robert Walsh, 36, drew his gun and identified himself as a police officer, according to an article on Officer Down Memorial Page, a website that honors deceased law-enforcement officers. Walsh supposedly stopped at the bar on his way home from work.

In an email to Snopes, Rivera recalled firing two shots in rapid succession, fatally striking Walsh, and then running out of the bar.

Walsh was a 12-year veteran of NYPD and survived by his wife and three children, according to the Officer Down Memorial Page. (Note: The Daily News' 1981 story about Rivera's arrest reported he had four children.)

In the end, Rivera and two other suspects were convicted of murder and attempted robbery, crimes that carried 25 years to life in prison. A third suspect, age 15, pleaded guilty as a juvenile offender and was sentenced to 10 years, according to the memorial page.

Decades later, in the email to Snopes, Rivera condemned reports that portrayed the incident as an "execution-style" shooting (like the Fox News story referenced above and initial news stories in the early 80's) and framed him as "cold and calculating" psychopath. In reality, he said he was acting on the impulses of an illiterate 16 year old.

When The New York Post's article published, people nationally learned of Rivera's background and involvement in the government-sponsored effort to reform law enforcement.

Among them was Ithaca Police Chief Dennis Nayor, who told WENY News his colleagues have contacted him "in complete and utter disbelief" regarding Rivera's involvement in the county-city initiative. “To find out [...] that a person murdered a police officer and is now forming opinions on shaping policing, it does not add up, and I'll just say it does not sit well," he said.

Other critics included Republicans in the New York State Senate and the leader of the police union in Nassau County neighboring New York City.

"It’s the reality of me and it’s jarring when you first read that, ‘Okay, a guy who was convicted of murdering a NYC police officer, is now involved in our efforts to reimagine police and public safety," he said. "I act every day and I behave in a way, every day, that I hope honors and respects the memory of my victim.

And that memory for me is that of the highest human standards of servitude, compassion, and of caring."

This article was updated with comments from Rivera.