Does This Photo Show a 'Cop After Not Shooting a Guy with a Knife'?

Some images are so effective in capturing readers' attention, they find their way into more than one story. 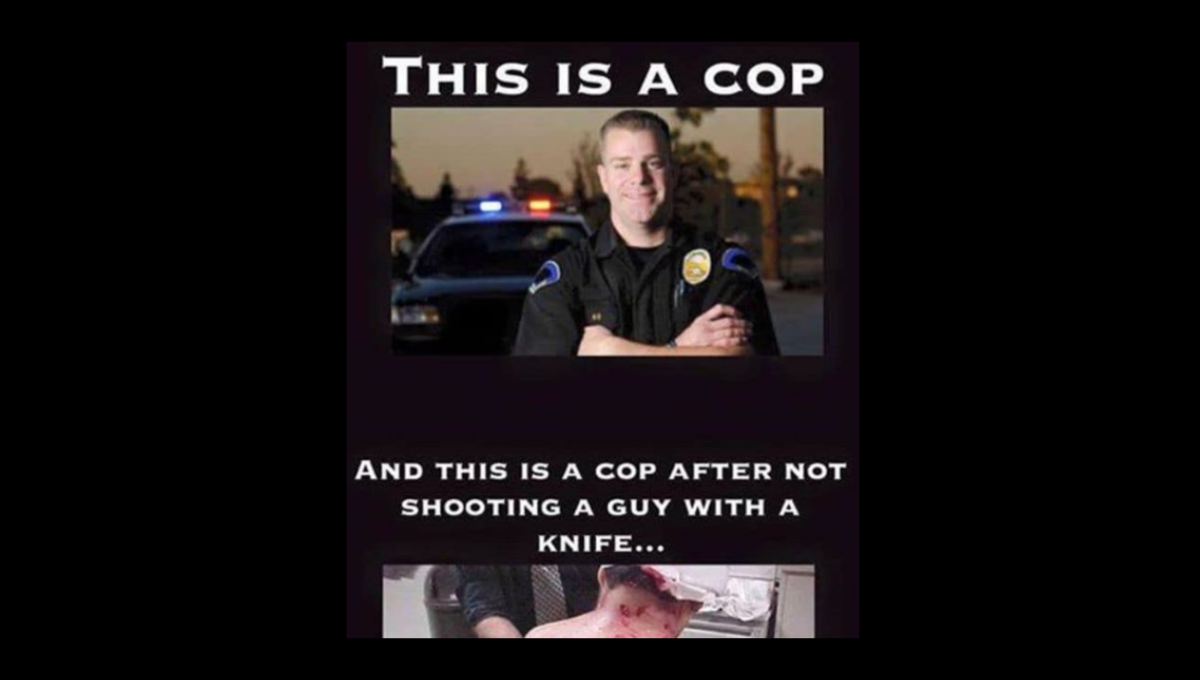 Claim:
Photo shows a law enforcement officer who was badly wounded after "not shooting" a perpetrator brandishing a knife.
Rating:

WARNING: This story contains a graphic image that may not be suitable for all viewers.

In February 2020, a Snopes reader alerted us to a meme circulating on Facebook that appeared to show a man with bloody gashes across his back. Going further, the grisly meme alleged that the scene captured a "cop after not shooting a guy with a knife." The gruesome, lower image in the meme was, unfortunately, familiar to us. That photograph had been previously misrepresented as part of an email hoax that we reported on in 2016.

We rate this more recent claim as "Miscaptioned" because, although the same photograph appears to have been circulating on the internet since at least 2008, according to a reverse image search, we found no evidence to prove this photograph shows a law enforcement officer who was stabbed as a result of not firing his weapon.

We did, however, find the image appearing on a personal blog post critiquing a British police force’s staffing practices, inscrutable Russian chat rooms and memes, and at least one debunked story about the rapper Eminem.