"C" is for crystal formation? 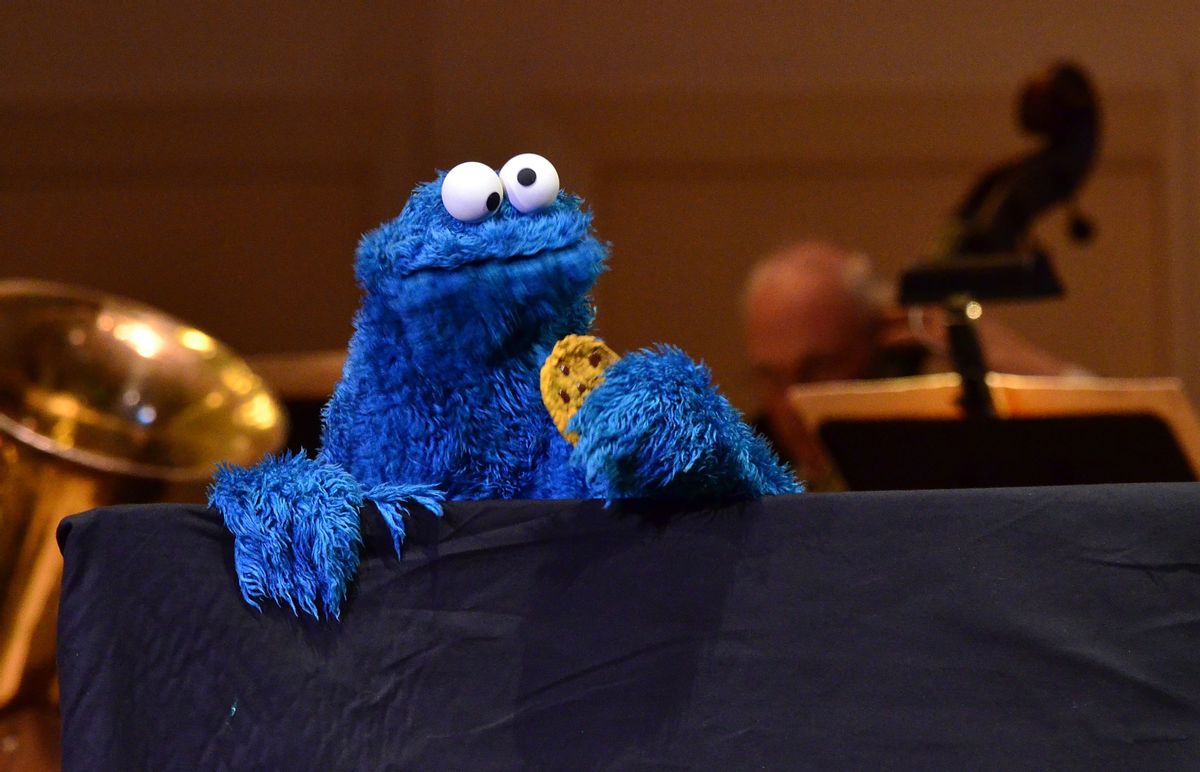 In January 2021, a photograph started circulating on social media that supposedly showed two halves of a rock resembling the character Cookie Monster from the children's show "Sesame Street":

While it might be difficult to tell at first glance, one of these things is not like the others.

On the left, we see the cross section of a volcanic rock that was discovered by Lucas Fassari in Brazil.  On the right, we see a Muppet named Cookie Monster.

This Cookie Monster rock went viral in January 2021 after geologist Mike Bowers posted a video of the unusual stone to Facebook. The video starts with an image of what appears to be an ordinary rock, but then it is split open to reveal a Cookie Monster agate:

I think this is probably the most perfect Cookie Monster out there ... I have seen others but here you have it complete on both sides. This is very unusual. There are a few famous agates out there: the owl, the scared face. There are many approximate ones but it is rare to find one so well defined like this.

Bowers described this Cookie Monster rock as an agate, a common formation found in volcanic rocks. Here's a description of what agate is and how it forms from Geology.com:

Agate is a translucent variety of microcrystalline quartz. It is used as a semiprecious stone when it is of desirable quality and color.

Agate generally forms by the deposition of silica from groundwater in the cavities of igneous rocks. The agate deposits in concentric layers around the walls of the cavity, or in horizontal layers building up from the bottom of the cavity. These structures produce the banded patterns that are characteristic of many agates. Some of these cavities are lined with crystals and those are known as geodes.

Agate occurs in a wide range of colors, which include brown, white, red, gray, pink, black, and yellow. The colors are caused by impurities and occur as alternating bands within the agate. The different colors were produced as groundwaters of different compositions seeped into the cavity. The banding within a cavity is a record of water chemistry change. This banding gives many agates the interesting colors and patterns that make it a popular gemstone.