No, Converse Didn't Replace Its 'All-Star' Logo with a Satanic Symbol

The shoes were part of a brand collaboration. 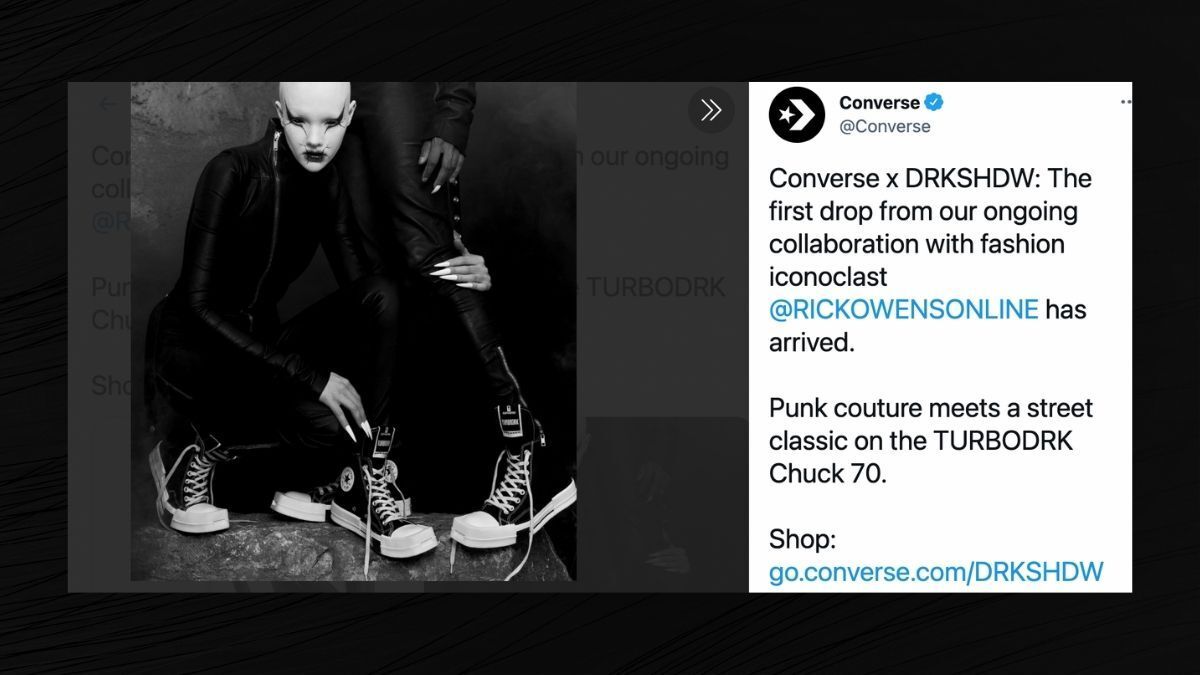 Athletic shoemaker Converse collaborated with fashion designer Rick Owens, who uses a pentagram in the logo for his brand DRKSHDW. The DRKSHDW logo appears on shoes that are part of that collaboration, but Converse hasn't replaced its "All-Star" logo with a pentagram. Moreover, pentagrams aren't necessarily associated with satanism. The symbol is also widely used by members of pagan belief systems like Wicca.

In July 2021, Christian news outlets reported that sneaker brand Converse had replaced the iconic "All-Star" label on its shoes with a satanic symbol.

Converse hasn't replaced the All-Star logo, which famously adorns its classic Chuck Taylors. The new symbology is instead the result of a collaboration between Converse and DRKSHDW, the brand run by goth-inspired fashion designer Rick Owens.

The logo for DRKSHDW contains a pentagram, or five-point star, although the DRKSHDW pentagram contains one exaggerated point. The DRKSHDW-branded shoes, some of which contain the pentagram logo and also the All Star logo, can be viewed by clicking on this gallery.

A spokesperson for Nike, which owns Converse, told Snopes in an email:

Converse’s collaboration with fashion designer Rick Owen’s DRKSHDW brand incorporates the DRKSHDW pentagram logo design, which has been used in his line for many years. The pentagram, which has many different associations, is in no way a comment from Converse on religion, nor does it replace the iconic “All Star” logo on our shoes.

In an Instagram post promoting the brand collaboration, Owens explained why he uses the pentagram in his own work:

I've been using this pentagram for a long time because obviously, it has adolescent occult associations. But I like geometric diagrams like that because, in a very primal way, they are a culture's grasp for control. And a way to organize thoughts and systems. And a pentagram, in this day and age with all of its associations… I like the fact that it refers to an alternative system. And that suggests openness and empathy. It suggests the pursuit of pleasure, this pursuit of sensation. But one of the main things that I think it suggests is empathy and a consideration of systems of living that might not be standard. So that leads us to be more accepting and tolerant of other systems, which I think is a good thing

In modern American culture, the pentagram is often associated with pagan belief systems like Wicca. A pentagram with a goat skull inside it is also used as the symbol for The Satanic Temple, but that group doesn't literally worship Satan or any other deity, and is instead composed of atheists who advocate for pluralism.