Federal agencies offer recruitment incentives for new hires that may include student loan repayment, but nobody qualifies for automatic exemptions. 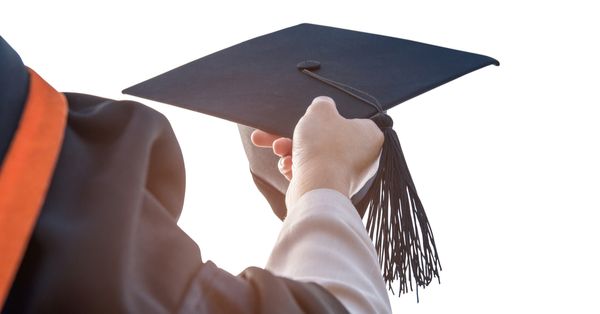 Claim:
All congressional staffers and family members are exempt from repaying their student loans.
Rating:

Various statements circulated on the Internet over the years have claimed that all staffers working for members of Congress are automatically exempted from having to repay their student loan obligations:

Monday on Fox news they learned that the staffers of Congress members are exempt from having to pay back student loans. This will get national attention if other news networks will broadcast it. ... just where will all of it stop?

The claim that all such persons are so exempted is based upon a misunderstanding of one particular federal employment program which provides some federal employees assistance in paying back student loans up to a certain amount, depending upon income level, length of employment, and other requirements.

The claim references the Federal Student Loan Repayment Program, which is essentially a discretionary benefit that can be offered by federal agencies to select employees as an aid in hiring and retaining qualified personnel for some important and hard-to-fill positions. The program has been used by many different federal government agencies (not just Congress), it does not apply to everyone who works for those agencies, and it does not forgive student loans in full.

As noted in the page describing the Federal Student Loan Repayment Program on the website of the United States Office of Personnel Management (OPM), federal agencies have discretion to make student loan payments -- up to certain limits -- on behalf of employees as a recruitment or retention incentive:

The Federal student loan repayment program permits agencies to repay Federally insured student loans as a recruitment or retention incentive for candidates or current employees of the agency.

Although the student loan is not forgiven, agencies may make payments to the loan holder of up to a maximum of $10,000 for an employee in a calendar year and a total of not more than $60,000 for any one employee.

An employee receiving this benefit must sign a service agreement to remain in the service of the paying agency for a period of at least 3 years. An employee must reimburse the paying agency for all benefits received if he or she is separated voluntarily or separated involuntarily for misconduct, unacceptable performance, or a negative suitability determination. In addition, an employee must maintain an acceptable level of performance in order to continue to receive repayment benefits.

Employees enrolled in the program must count such assistance as income and pay taxes on it.

A 2009 press release issued by the OPM about the student loan repayment program note that it was intended to make the compensation for positions public service more competitive with those of jobs in private industry:

"The program is part of a directed effort for agencies to compete with the higher salaries offered in the private sector and maintain a highly skilled workforce," said OPM Director John Berry. "President Barack Obama has highlighted the importance of recruitment and retention tools and asked each agency to do its part to ensure 'this Government is as efficient as possible and that every taxpayer dollar that is spent is being spent wisely.' We have many critical skills gaps in the Federal government and we need to use every tool in our tool box to bring the best service to the American public. During my tenure, I intend to carry out the President's call of efficiency and good stewardship and encourage agencies to use student loan repayments in targeted and strategic ways."

According to the OPM's 2016 annual report on the Federal Student Loan Repayment Program for calendar year (CY) 2016, in that year 34 different federal agencies paid upwards of $71.6 million to provide student loan payments on behalf of 9,868 employees, primarily those with scientific and engineering skills.

The report also noted that the agencies making the most extensive use of student loan repayments did not include Congress but rather comprised "the Departments of Defense, Justice, State, Homeland Security, Veterans Affairs, Health and Human Services, and the U.S. Securities and Exchange Commission, who between them accounted for over 88% of such expenditures:

During CY 2016, 34 Federal agencies provided 9,868 employees with a total of more than $71.6 million in student loan repayment benefits. Compared to CY 2015, this represents a 2.7 percent increase in the number of employees receiving student loan repayment benefits and a 3.0 percent increase in agencies’ overall financial investment in this particular incentive.

The Federal Student Loan Repayment Program applies only to employees of federal agencies. It does not cover loans made to their children or other family members, and it does not provide student loan benefits to congressional family members.