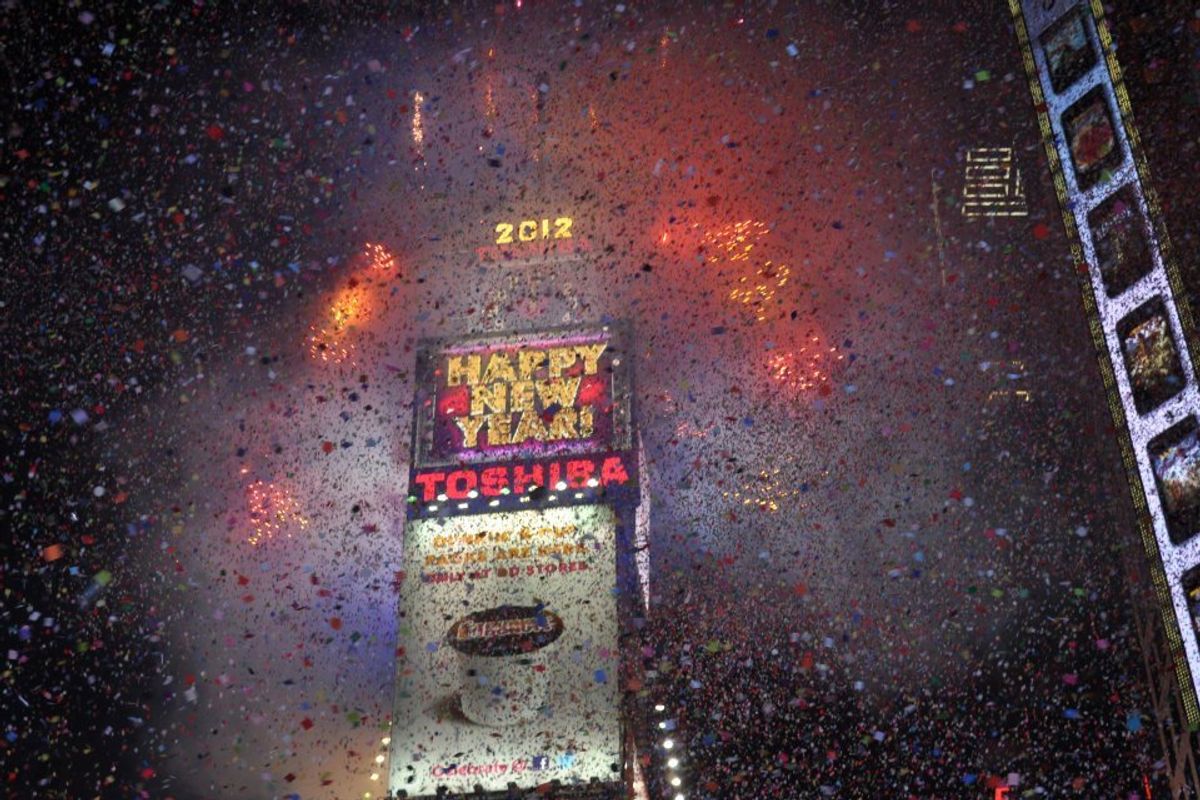 Image Via Nichole A. Hall/Wikimedia Commons

There is no year-round option to submit hopes and dreams on Post-it notes. The only way to submit them is during the month of December at a designated location or online.

If you have a wish for 2023, it can be a part of New York City's famous New Year's Eve Times Square celebration, albeit in a small way. In early December 2022, organizers for the New Year's Eve party unveiled a "Wishing Wall," which allows people to write their wishes on pieces of confetti for 2023. The same confetti will be released over the crowd on New Year's Eve.

A recent meme claimed, inaccurately, that a year-round visitor center wall would also allow people to share their hopes and dreams on Post-it notes that would be later used as part of the confetti drop on New Year's Eve. However, submissions are not accepted year round, contrary to the Pinterest post below:

The Wishing Wall can be found in Manhattan at the Times Square Plaza between 46th and 47th streets, and will be open every day of December except for Christmas Day, from 11 a.m. to 8 p.m., until Dec. 29, 2022. For people who cannot submit wishes in person, a digital option allows submissions through an online form until Dec. 28, on the Times Square website, or on the website of its sponsor, Planet Fitness. Digital wishes submitted after that date will be saved for next year's New Year's celebration.

Whether it's a personal goal, a dream for the future or doing something for the very first time, these wishes are added to over a ton of confetti that floats down at midnight onto the revelers gathered in Times Square in celebration of the new year. Be a part of this most magical night by making your wish in person through our mobile Wishing Wall on the plazas or by sharing your New Year's wish with us below or on Twitter and Instagram using #ConfettiWish. We will add it to the thousands of others released above Times Square at midnight on New Year's Eve for all the world to see!

This is not the first Wishing Wall in Times Square, and according to one report in the New York Post, it has appeared every December since 2007. Around 3,000 pounds of confetti reportedly will shower down on New Year's Eve to mark the beginning of 2023. The confetti showering has taken place in Times Square since 1992.

Falling confetti in Times Square on New Year's Eve does carry people's hopes and dreams, but there is no option to submit them via Post-it notes year round. As such, we rate this claim as "Mostly True."