Does a Picture Show a Shanty Town in Los Angeles?

U.S. President Donald Trump has criticized California for its homeless population, but an alleged image of L.A. got some things wrong. 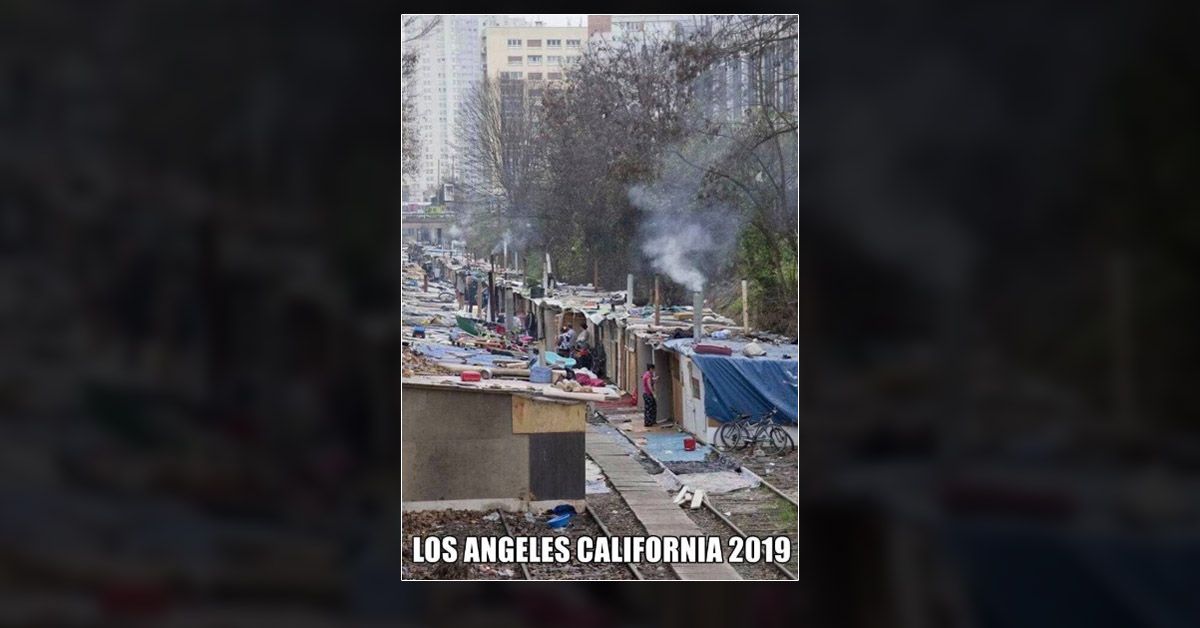 Claim:
An image shows a village of shacks in Los Angeles in 2019.
Rating: The picture appears to have initially been published in 2015 by the British Daily Mail tabloid, which reported at that time it showed "shacks" that had been "built by gypsies" in Paris, France. The article decried the building of "shanty town" villages in one of "Europe's great cities," even as human rights groups pointed out that Roma people are European Union citizens.

During his visit to California, Trump struck a similar tone, criticizing California for an ongoing housing crisis and stating that homeless people are occupying "our best highways, our best streets, our best entrances to buildings."

California's major cities are indeed experiencing a rise in homelessness, driven largely by a lack of affordable housing. But the above image does not depict Los Angeles, nor was it taken in 2019. Therefore we rate this claim "Miscaptioned."

Stanton, Jenny. "The Third World Shanty Town... in the Heart of Paris: Roma Gypsies Create Their Own Village Built from Rubbish and Scrap in One of Europe's Great Cities."   Daily Mail. 18 December 2015.