Did Paramount Pictures Insist on Casting a White Actor in 'Coming to America'?

"This was back in, you know, the '80s," Eddie Murphy said of the purported studio edict. 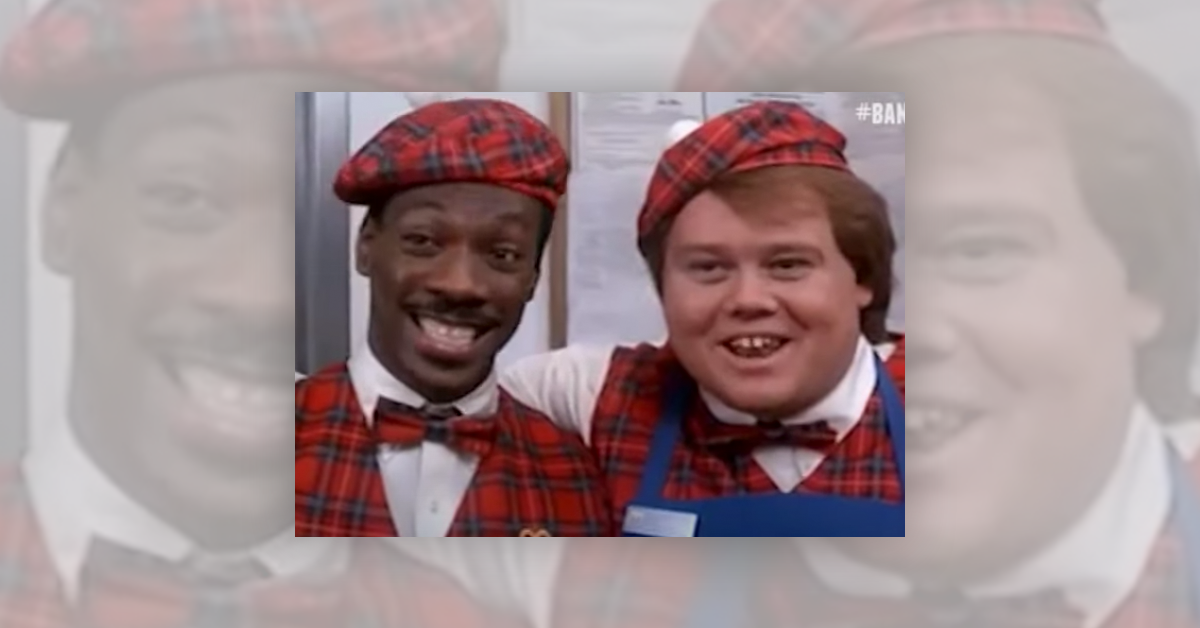 Claim:
Paramount Pictures insisted on casting a white actor in the 1988 film "Coming to America" because the cast was all Black.

The classic Eddie Murphy comedy "Coming to America," released in 1988, tells the tale of a coddled African crown prince who travels from the fictional nation of Zamunda to the New York City borough of Queens in search of love. Thanks in part to the March 5, 2021, release of its sequel, "Coming 2 America," new stories about the original film's production are coming to light 32 years later.

One story that has grabbed significant attention is how Louie Anderson came to be cast as Maurice, an eternally optimistic fast-food worker.

Responding to a question posed by Jimmy Kimmel on a March 1, 2021, episode of his show, Murphy and "Coming to America" co-star Arsenio Hall explained that Anderson was cast because the studio, Paramount Pictures, forced them to cast a white actor. "I love Louie," Hall said, "but I think we were forced to put Louie in it."

Explaining further, Murphy told Kimmel that "Paramount was like …. the whole cast is Black. And this was back in, you know, the '80s, so it was like, we have to have a white person ... And Louie, we knew him, we was cool with him and so Louie got in the movie." Anderson and Murphy knew each other from the stand-up scene.

According to Hall, Paramount gave him "a list with three white guys" and asked whom he would rather work with. The relevant portion of that interview is here:

Murphy told the same story in an appearance on "Good Morning America," explaining that "Louie Anderson was in 'Coming to America' because the whole cast was Black, and the studio was like, we have to have somebody white in the movie. … So I was like, well, who's the funniest white guy around and is a friend of my own? Louie's perfect."

In a 2017 interview on the satellite radio show “Sway in the Morning,” Anderson told his own version of getting hired for the film. In that telling, Anderson, Murphy, and Murphy's entourage went to the swanky Beverly Hills restaurant Ivy, and Anderson covertly picked up the $660 tab. Murphy, Anderson said, offered him a part in "Coming to America" the next day.

We note that, while different, the two stories are not at odds with each other. Plans to cast Anderson may well have been in place before Anderson's trip to Ivy, Anderson conceded in the interview.

In a later interview with Conan O'Brien, Anderson said that Murphy and Hall's remarks on Kimmel were news to him. "I had no idea for 33 years," Anderson said. "I thought I had bought Eddie at dinner with his entourage at the Ivy one time," Anderson told O'Brien, "Now I just find out Eddie had to hire me because Paramount, I guess, said you have to have a white person in the movie."

Snopes reached out Paramount Pictures and to "Coming to America" executive producer Leslie Belzberg to confirm Murphy and Hall's account, and we will update our story if new information comes to light. Because we have not yet heard from Paramount or other individuals in a position to corroborate Murphy and Hall's story, we are not providing a rating to the claim at this time.

Update [March 22, 2021]: Added statements made by Louie Anderson in an interview with Conan O'Brien.