A YouTube user captured a tense encounter with a Comcast crew — but police said the company was not at fault. 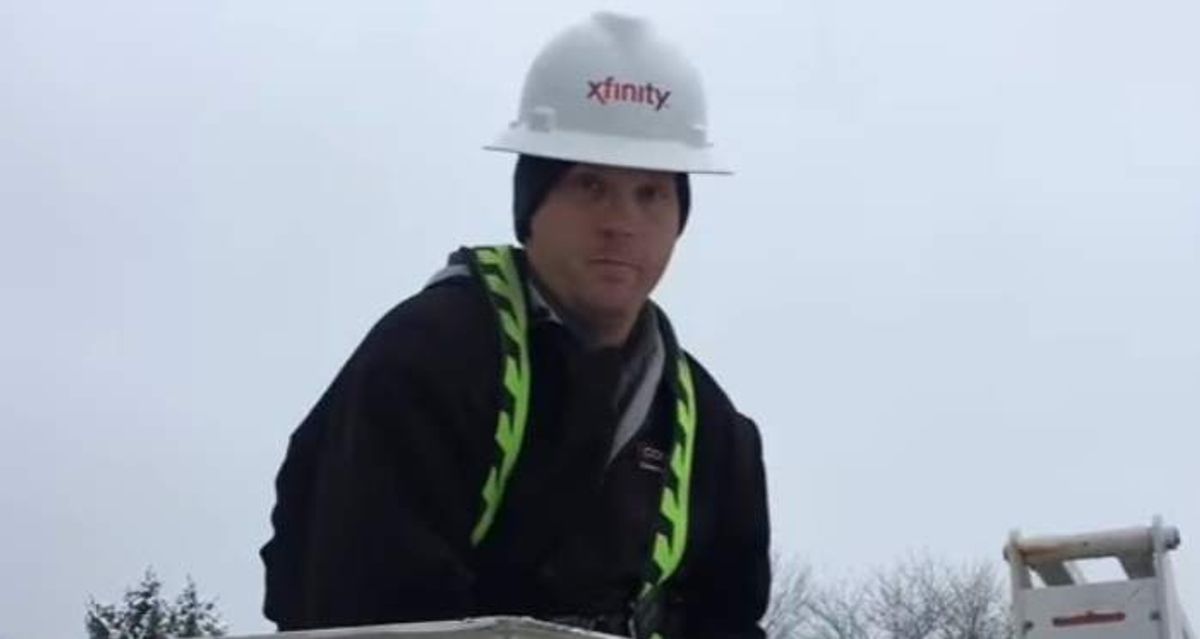 On 13 December 2016, a video showing service workers from Comcast Xfinity in a traffic dispute on camera quickly spread online — but police said the company was not at fault.

The video, which has amassed millions of views, shows the cameraman pointing out vehicles on the side of the road and telling crew members that they are creating a hazard for motorists.

At one point, a pickup truck can be seen hitting a car from behind while the crew continues to work. The cameraman then says he will put up his own cones to avoid further incidents.

The video spread online, leading to criticism of Comcast for its handling of the situation. The company responded with a statement from Ed Marchetti, its senior vice-president of technical operations, who said he was "concerned" by what he saw:

Our employees should always protect people and treat them with respect no matter what the situation. Safety matters most - especially in dangerous weather conditions like this.

We are actively investigating what happened when our technicians were on site to restore services during an outage and we will reach out to those who were impacted by this incident.

Within the next 24-48 hours, my team leaders will meet with our technicians across our company to use this as an example of how important it is to make everyone’s safety a priority in everything we do.

And just as important, there’s no place for disrespect - treating people the right way is the only way to work.

Indianapolis police confirmed in a statement to Snopes.com on 14 December 2016 that the crash seen in the video was reported as a hit-and-run, because the pickup truck left the area after both crashing into the car and destroying a mailbox:

It appears that speed was a factor in the hit-and-run crash. The suspect truck was likely going too fast for the weather conditions.

Per our Traffic Unit, the number of cones and cone placement are an acceptable standard and best practices via OSHA guidelines. From what has been seen in the video the drivers of the Comcast truck did not break any laws.

It should be noted that the weather conditions here on yesterday were slick and hazardous, and that several other vehicles navigated that area without a problem (as seen in the video).

So while the encounter was contentious, authorities declared that Comcast was not in violation of any guidelines. The Indiana Department of Transportation told Snopes on 19 December 2016 that the incident fell outside of its jurisdiction:

This incident occurred on a city street. INDOT builds and maintains interstates, US highways and state roads. INDOT does not have any regulatory or enforcement authority here.

However, police did confirm that the man who uploaded the video had received threats via email after its publication.

Torchinsky, Jason. "This Video Will Make You Hate Comcast More Than You Already Do." Jalopnik. 14 December 2016.

Marchetti, Ed. "A statement about the incident in Indianapolis." Corporate.comcast.com. 14 December 2016.