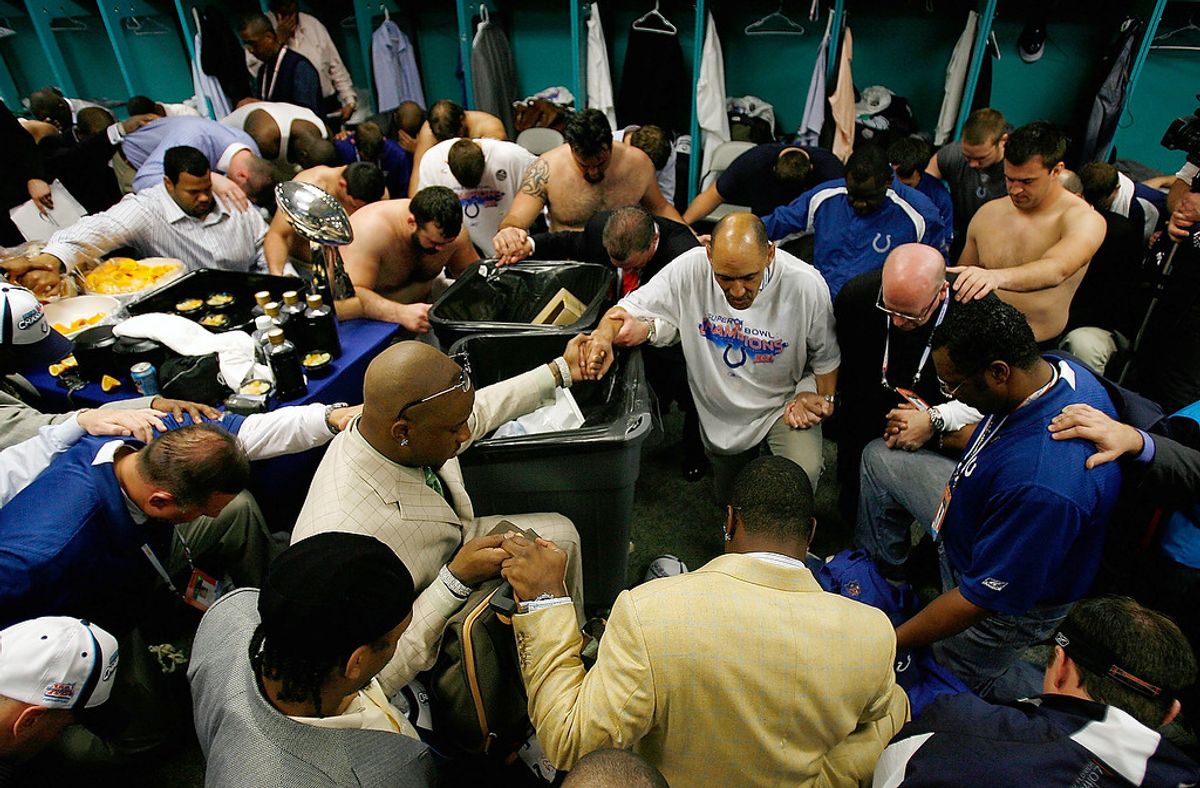 In his first five years as head coach of the NFL's Indianapolis Colts, Tony Dungy has accomplished the remarkable feat of directing his team to both five straight seasons of 10 or more wins and five straight playoff appearances. Dungy and the Colts capped this impressive string with a 12-4 season in 2006 and a 29-17 championship victory against the Chicago Bears in Super Bowl XLI on 4 February 2007.

Tony Dungy is immensely popular around the NFL, known for his "soft-spoken style, ever-steady leadership and commitment to balancing family life with football." He is also known for being a deeply spiritual man and a dedicated father, and he was of course both shocked at saddened by the death of his son James, who committed suicide at the age of 18 in December 2005.

Colts Tony Dungy - A Little Insight (this is really good)Below is a very touching story about Tony Dungy, Coach of the Indiana Colts, and the essence of his purpose in life. It was most amusing to hear Coach Dungy's responses to the TV sports interviewer, when he was asked how great it was to be one of the first "African-American" head coaches to take his team to a Super Bowl. Head Coach "Tony Dungy" responded immediately with: "Yes that's good, but what is really great and awesome, is how God worked this out for us; it's just amazing how He made this all come together!"

Thus, (as Paul Harvey would say after reading the following) "and now, you know the rest of the story."

DETROIT, Mich. — They were there for breakfast, and they were there to cheer New York Jets running back Curtis Martin. And it was Martin who received the Athletes in Action Bart Starr Award Saturday morning, but the hundreds who gathered in fourth-floor ballroom at the Marriott Renaissance in Detroit, Mich., on the morning before Super Bowl XL were clearly touched by the featured speaker.

Two hours into the breakfast, emcee Brent Jones introduced Dungy, who was welcomed with a lengthy standing ovation. Dungy thanked the crowd, shared an anecdote about Martin, then told the crowd he was going to speak for about 15 minutes.

"It's great to be here," Dungy told the crowd, then adding with a laugh, "I just wish I wasn't here in this capacity so many times of being just that close to being in the game and just being an invited speaker.

"My goal is to have our team here one day and have a couple of tables with all of our guys here. Because we have a special group of young men, a great group of Christian guys. It’d be wonderful to have them here so you could see their hearts and what they’re all about.

"It hasn't quite happened yet, but we’re still hoping one day it will."

He told them he was going to talk about lessons he had learned from his three sons. The crowd fell silent. Then Dungy spoke.

It's an article from February 2006 about a talk Tony Dungy gave before a breakfast held in Detroit on the eve of Super Bowl XL by Athletes in Action (AIA), a ministry of Campus Crusade for Christ founded to "build on society's great love of sports and utilize the platform given to the athletes to reach the world for Jesus Christ." During that AIA appearance, Dungy talked publicly for the first time about James' suicide, speaking of his late son "eloquently and steadily, speaking of lessons learned and of the positives taken from experience."