A Colorado school's field trip to several houses of worship prompted controversy over a dress code requirement, largely due to slanted reporting. 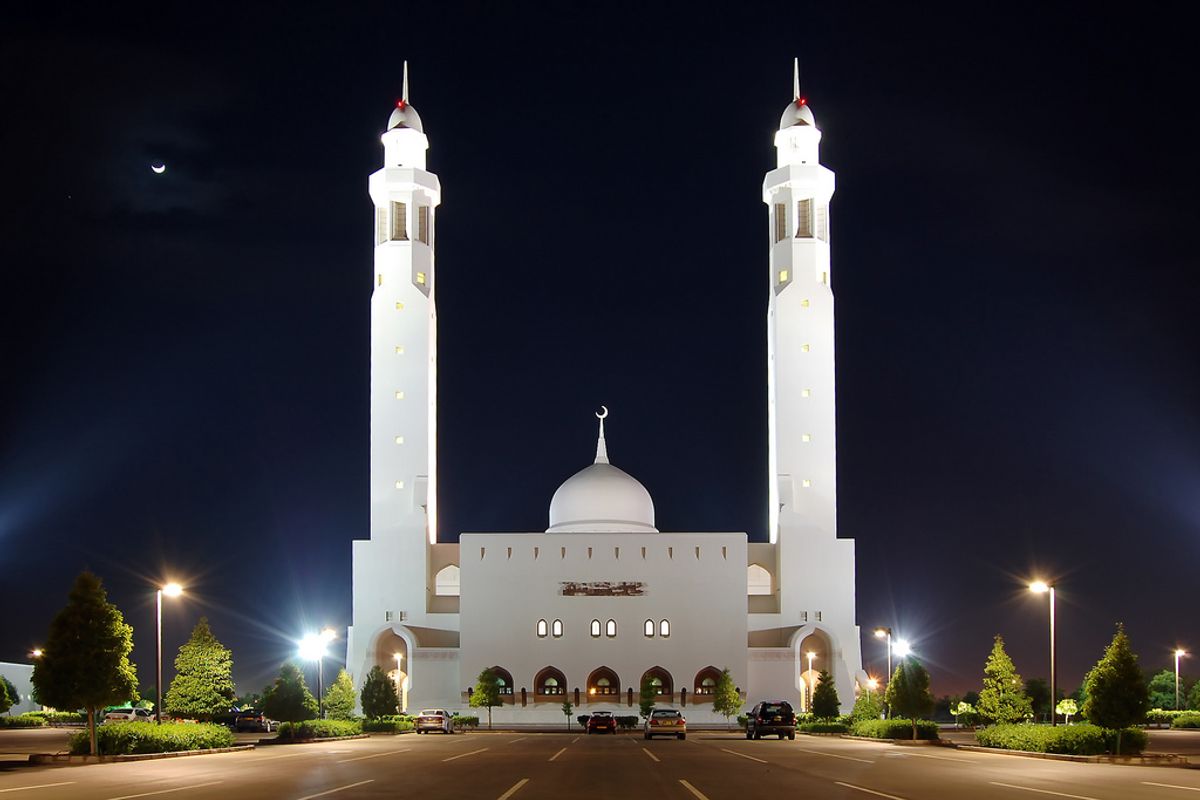 Claim:
A Colorado school's female students were forced to adhere to "Sharia rules" when visiting a mosque on a field trip.
Rating:

During a January 2015 field trip, Colorado schoolchildren visited three houses of worship and were required to observe appropriate dress code at each.

The trip did not involve a visit to a mosque only, girls were not forced to wear Islamic dress, the trip was not part of Common Core curriculum, and participation in the field trip was not mandatory.

On 31 January 2016, the unreliable web site JewsNews published an article reporting that female students in Colorado had supposedly been forced to "submit to sharia-compliant rules" during a school field trip to a mosque (a trip that had actually taken place a year earlier, in January 2015):

A school district in Colorado is coming under the wrath of the community for telling school girls that they may have to submit to sharia-compliant rules regarding covering their heads and ankles on a field trip to a Muslim mosque.

According to WND, Douglas County School District confirmed that such Islamic law will be enforced on the trip.

Peter Boyles of KNUS reported on the rules the school system issued to students in order to notify parents, which were as follows:

The world religions field trip is next Tuesday, January 13. We will be visiting the Denver Mosque. THERE IS A DRESS CODE FOR THIS TRIP: All students must wear appropriate long pants. Ankles must be covered. Girls must bring wide scarves or hooded sweatshirts for the mosque.

The JewsNews article was deliberately misleading in that it only reproduced a portion of the directives issued to students for the trip in question, leaving out the key context that the field trip wasn't solely about a visit to a mosque, but also to a Greek Orthodox cathedral and a synagogue as well:

The world religions field trip is next Tuesday, January 13. We will be visiting the Denver Mosque, the Assumption Greek Orthodox Cathedral, and the Rodef-Shalom Synagogue. We will then eat lunch at Park Meadows Food Court. Students must either bring a sack lunch or money to purchase lunch at the food court.

THERE IS A DRESS CODE FOR THIS TRIP: All students must wear appropriate long pants. Ankles must be covered. Girls must bring wide scarves or hooded sweatshirts for the mosque.

In that context, it's clear the dress code was in line with visits to multiple houses of worship and wasn't specific to Islam, as individuals attending other houses of worship (such as cathedrals and synagogues) are also often asked to cover their heads and dress modestly. JewsNews and similar sites also withheld the information that the field trip was an optional activity, so no students "had to submit" to a dress code (or anything else) if they chose not to participate.

A bulletin published by the Douglas County School District web site at the time detailed a number of the misconceptions spread by right-wing web sites regarding the January 2015 world religions field trip:

We would like to clarify some misinformation regarding the field trip.

For the past ten years, RHMS seventh-grade students take a social studies course that is partially focused on world religion. In the Douglas County School District (DCSD), we provide authentic learning experiences to all students. We teach students how to think, not what to think.

The social studies course includes a voluntary field trip to a Greek Orthodox Church, a Jewish Temple, and a Mosque. As with any field trip, our students and families are offered the choice to participate in the field trip — it is not mandatory. If the decision is made to not participate in a field trip, alternative educational opportunities are provided. This is true for any DCSD field trip, including the RHMS world religion field trip. Students who choose to attend the RHMS world religion field trip are expected to respect the dress code of the host facility, but again, they may choose not to participate. Information shared with RHMS parents stated: "All students must wear appropriate long pants. Ankles must be covered. Girls must bring wide scarves or hooded sweatshirts for the mosque."

As part of providing an authentic learning opportunity for students, DCSD provides an optional field trip to further support the world religion course, thus allowing students who choose to participate to discuss what they experienced on the field trip with their family members and eventually leading to the development of their own views.

Moreover, the photograph included with the JewsNews article was also deliberately misleading, as it was entirely unrelated to the 2015 Colorado school field trip. The image dated to at least 2013 and was initially labeled as depicting schoolchildren in Denmark: So, the January 2015 Colorado field trip for students studying world religions involved not just a visit to a mosque but to two other houses of worship (each with its own dress guidelines), the trip wasn't a part of any Common Core initiative, nor was participation in the field trip compulsory.