An intriguing rumor about cultural theft and fried chicken lacks concrete evidence but alludes to a deeper truth. 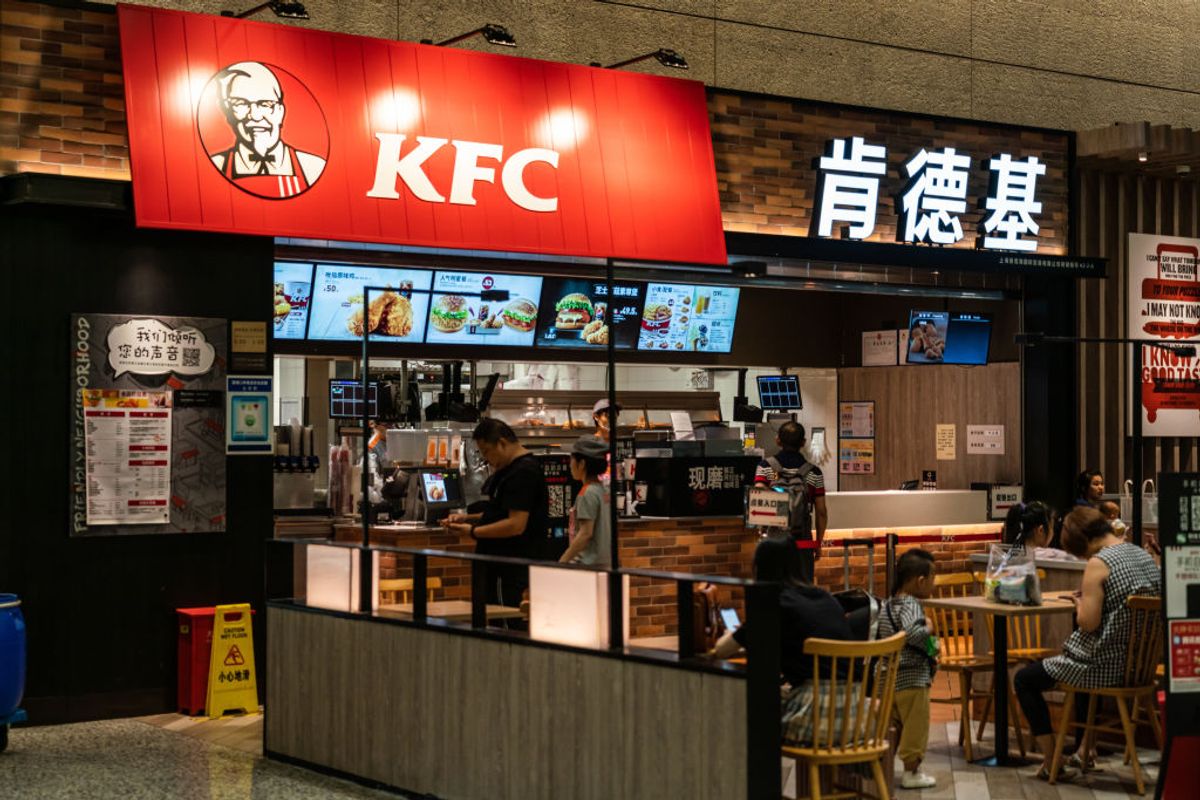 In September 2019, we received multiple inquiries from readers regarding an old story about the origins of the famous KFC original recipe — the blend of herbs and spices that went into creating "Colonel" Harland Sanders' original Kentucky Fried Chicken.

The African Diaspora Facebook page wrote: "Meet Mrs. Childress. Colonel Sanders Stole His Famous Fried Chicken Recipe From A Black Woman Named Mrs. Childress. He later paid her $1,200 for her recipe. KFC is worth 15 Billion Dollars today." That text was accompanied by the following image:

On Sept. 3, a Facebook account with the name Glenn Dickens wrote, "In case you didn’t know. Meet Miss Childress, she died in poverty. She is the woman behind the original #KFC recipe. He took all her profits and made us think it was his recipe."

In recent years, this story has appeared in many other social media posts, memes, and articles, all of them claiming that the recipe that made Sanders rich and gave rise to one of the most popular fast-food chains in American history was initially stolen from a black woman (sometimes named "Mrs. Childress," sometimes "Miss Childress," and in some instances not named).

Many iterations of the story hold that Sanders later handed over the relatively meager amount of $1,200 after getting pressured by the woman's family, and most posts include an image of an African American woman preparing fried chicken in a kitchen, describing her as "Miss Childress."

In reality, the image was taken from a 1920s magazine advertisement for Snowdrift shortening, one that played on racist and painfully outdated stereotypes of that era, and depicted the woman (named only as "Sarah") as an exemplar of the racist "mammy" caricature — a cheerful, black, female domestic servant to white families, especially in the segregation-era American South. It's possible the image is a photograph, but it is perhaps more likely a painting, since the norm for popular American magazines in the 1920s — such as Ladies' Home Journal, where the "Sarah" advertisement was published — was for photographs to be printed in black and white, with illustrations presented in color. It's not clear who the woman depicted in the advertisement was or on whom she was modeled, so we cannot rule out the possibility that she was the "Miss Childress" described in the KFC memes.

Also, evidence is lacking in support of the main claim — that Sanders stole his famous original fried chicken recipe from a black woman named Miss Childress. A 2010 blog post claimed that: "Ron Douglas in 'America’s Most Wanted Recipes' says that Sanders took his secret recipe from a black woman, one Miss Childress of Kentucky, whose family he paid $1,200 when they complained." However, Douglas' book does not, in fact, make any such claim.

We found no evidence to support the "Miss Childress" story in a newspaper archive that stretches back more than 100 years, and the prominent food writer Joshua Ozersky made no mention of Sanders' having stolen the recipe from a specific black woman, in his widely cited 2003 biography "Colonel Sanders and the American Dream."

The version of events presented there by Ozersky is the conventionally accepted one: Sanders set up a gas station in Corbin, Kentucky, during the 1930s, then began serving food there, including fried chicken. His food and hospitality garnered the gas station a good reputation among passing travelers, and he eventually converted the business into a restaurant and motel. Sanders settled upon a blend of 11 herbs and spices that went into making his fried chicken, and began using a pressure cooker to fry the chicken. In later years, he franchised out the use of his recipe to restaurants across the United States, and from there the iconic brand emerged.

Sanders' decision to use a pressure cooker (rather than a pan or deep fryer) to make the chicken was arguably the key factor in the development of fried chicken as "fast food" and the extraordinary success of Kentucky Fried Chicken. This is a factor the "Miss Childress" memes and social media posts typically neglect, suggesting as they do that the success of Sanders and KFC was entirely attributable to the blend of herbs and spices used to season the chicken itself. According to Ozersky, for example, the use of the pressure cooker was considerably more important. As he wrote in his 2003 biography of Sanders:

"... What made the chicken great was the innovation of using a pressure cooker to make it. It's much less glamorous than any secret mixture of herbs and spices but far more important ... No one was going to start a fast food empire using cast-iron skillets, even if those were the best way to cook chicken. (And they are ...) It takes too long to make chicken in a pan and even the most colossal version hammered out by a southern smithy can only hold thirty pieces at a time at most."

Sanders patented his pressure cooker process in 1966, writing in his application that the method he had come up with allowed a cook to create "accurately controlled conditions of temperature, pressure, time, sizes of serving pieces, and amount and composition of breading used, for the purpose of producing superior taste, texture and appearance in the finished product."

While Ozersky cited no specific act of intellectual property theft on the part of Sanders, he did allude to the racial tensions and cultural appropriation involved in the development of fried chicken in the early 20th century American South, writing that Sanders embodied the following "paradox":

"Anyone who knew anything of the South knew that no Kentucky colonel would have cooked the fried chicken in a southern household; the chicken in prosperous southern households, particularly in the Colonel's era, was inevitably cooked by a black maid or family housekeeper. Colonel Sanders created an alternative reality in which the white planter not only ate the chicken but implicitly made it. Nothing could have been further from the truth."

We also put the "Miss Childress" story to Psyche Williams-Forson, chair of the department of American Studies at the University of Maryland College Park, an expert in the interaction of food, cultural history and women's studies and author of the 2006 book "Building Houses Out of Chicken Legs: Black Women, Food and Power."

She told us she had found "no direct evidence that Colonel Sanders 'stole' the KFC recipe from an African American woman," and had come across no information that indicated Sanders later paid the woman $1,200 under pressure from her family.

However, Williams-Forson emphasized that a history does exist of white entrepreneurs and chefs taking recipes from African American women and men, without giving them proper credit. She pointed to the example of Idella Parker, who was a long-time maid to the white cookbook author Marjorie Kinnan Rawlings, and later an author in her own right. In her 2006 book, Williams-Forson wrote:

"The cookbook, according to Parker, required 'months and months together' in Rawlings' tiny kitchen extracting the recipes from '[Parker's] hands and head.'  [Parker] says: 'Many of the recipes in the book were mine, but [Rawlings] only gave me credit for three of them, including 'Idella's biscuits.' There were several others that were mine too, such as the chocolate pie, and of course it was me who did most of the cooking when we were trying the recipes out.'

"In the end, Parker, whose many contributions made the cookbook a reality, only received an autographed copy. But of this she says, 'in those days I was grateful for any little crumb that white people let fall, so I kept my thoughts about the cookbook strictly to myself.'"

More broadly, Williams-Forson told us, "some black women who performed domestic service had their recipes improperly 'borrowed.'" She added:

"Given that throughout enslavement and long after, African American and white women often worked together in the kitchen instructing and cooking various recipes, it is quite difficult to make a strong assertion of whose recipe belongs to whom. The issue, however, is that African American women were never credited in cookbooks. How is this possible given the proven evidence of African American culinary skill?"

Despite the absence of documentary evidence to support the "Miss Childress" theory, Williams-Forson outlined the reasons why it should not be dismissed, writing to us in an email:

"This is not to say it did not happen. I am saying I did not find this evidence. And where might this evidence be uncovered? Would Sanders have acknowledged it? Might the African American family have kept a receipt? This is a needle in a haystack because it happened so often to African Americans, who were denied the opportunity to read and write, and thus were unable to document their culinary practices."

Although we have found no evidence to support the claim, it is possible that Sanders did directly steal his fried chicken recipe from a specific African American woman, who may or may not have been named Childress. If he did, it is also plausible that no documentary evidence of that act of plagiarism ever existed, or that if it did, it has not survived.

Alternatively, Sanders might have borrowed and taken elements of several fried chicken recipes, perhaps some of them invented by, or passed down or shared between, African American women — in the way that many recipes evolve and change over the years. "Miss Childress" might simply be a stand-in or symbolic victim in the wider legacy of appropriation and intellectual property theft that characterized much of the cultural relations between whites and blacks in early 20th-century America. Until and unless we obtain concrete evidence that clears up that uncertainty, we are issuing a rating of "Unproven."