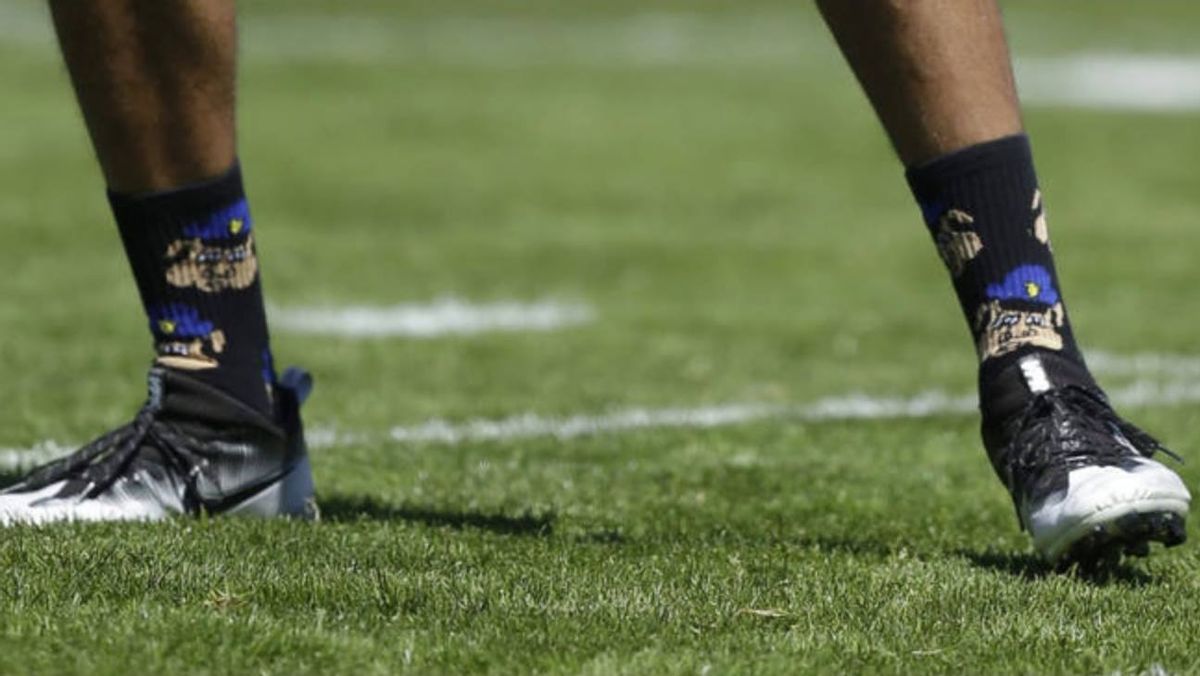 San Francisco 49ers quarterback Colin Kaepernick, who protested racial oppression by refusing to stand for the national anthem and aligned himself with radical icons Malcolm X and Fidel Castro by wearing a T-shirt bearing their likenesses, has waded into political controversy yet again by being photographed wearing socks adorned by cartoon images of pigs wearing police caps. The photos, some of which are said to date from early August 2016, circulated widely via social media, capturing the attention of the National Association of Police Organizations, whose executive director, Bill Johnson, said in a statement to USA Today:

It's just ridiculous that the same league that prohibits the Dallas [Cowboys] football club from honoring the slain officers in their community with their uniforms stands silent when Kaepernick is dishonoring police officers with what he's wearing on the field.

"I think the league is in a downward spiral regarding their obligations to the public under [commissioner] Roger Goodell, and this is just another example of that.

In turn, Kaepernick acknowledged via Instagram that he had, in fact, worn the socks during training, but said they were only intended to make a statement about "rogue cops":

The NFL exercises some control over what players are allowed to wear during practice sessions and can take corrective action, but told USA Today that the league will not comment on the matter of Kaepernick's socks until it had communicated with the 49ers organization.