Is Colin Kaepernick on the Cover of Time Magazine as the 2018 'Person of the Year?'

An image purportedly showing Colin Kaepernick as the "Person of the Year" on the cover of Time Magazine is a hoax. 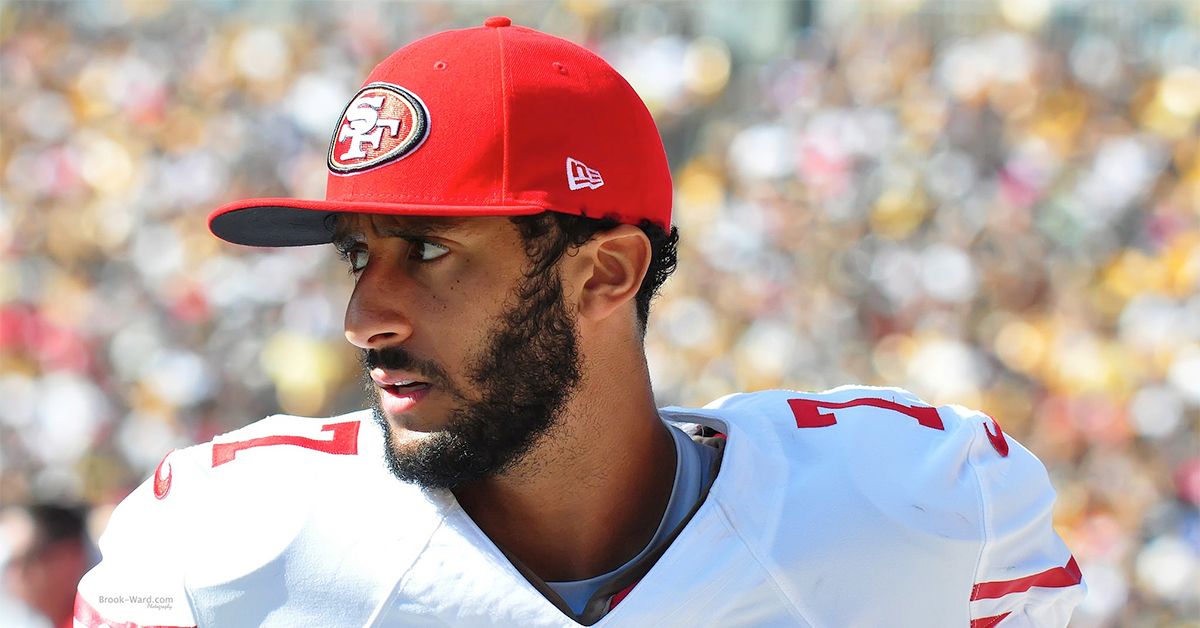 Claim:
An image shows a 'Time' cover featuring Colin Kaepernick as the magazine's 'Person of the Year' for 2018.
Rating:

In August 2018, an image purportedly showing an upcoming cover of Time magazine featuring NFL quarterback Colin Kaepernick as the publication's "Person of the Year" was circulated on social media: Kap will be featured on Time cover 10/3/2018! Finally he'll get recognized in this positive way!

This is not a picture of a genuine issue of Time, nor has Kaepernick been named the magazine's "Person of the Year" for 2018.

Time typically announces their "Person of the Year" in December (at the end of the year), and only after a "shortlist" of candidates has been published. As of this writing, neither of those announcements have been made.

The photograph used for this fake Time cover came from a cover story about Kaepernick that was published in GQ in November 2017. The former 49ers quarterback was named the "Citizen of the Year" in that issue for his efforts to start a national conversation about police brutality and racial inequality by kneeling during the playing of the national anthem before NFL games:

He's been vilified by millions and locked out of the NFL -- all because he took a knee to protest police brutality. But Colin Kaepernick's determined stand puts him in rare company in sports history: Muhammad Ali, Jackie Robinson—athletes who risked everything to make a difference.

In 2013, Colin Kaepernick was on the cover of this magazine because he was one of the best football players in the world. In 2017, Colin Kaepernick is on GQ's cover once again -- but this time it is because he isn't playing football. And it's not because he's hurt, or because he's broken any rules, or because he's not good enough. Approximately 90 men are currently employed as quarterbacks in the NFL, as either starters or reserves, and Colin Kaepernick is better -- indisputably, undeniably, flat-out better -- than at least 70 of them. He is still, to this day, one of the most gifted quarterbacks on earth. And yet he has been locked out of the game he loves -- blackballed -- because of one simple gesture: He knelt during the playing of our national anthem. And he did it for a clear reason, one that has been lost in the yearlong storm that followed. He did it to protest systemic oppression and, more specifically, as he said repeatedly at the time, police brutality toward black people.

Here's a look at Kaepernick's 2017 GQ cover (left) as well as the image from that story which was used for the fake Time cover: Kaepernick was a runner-up for Time's "Person of the Year" honor in 2017 and was truly featured on the magazine's cover in October 2016. Here's a look at Kaepernick's genuine Time cover as well as an excerpt from the magazine's 2017 "shortlist" entry about the NFL player:

Colin Kaepernick last played in an NFL game on Jan. 1. But over the past 11 months, he’s exerted more influence on American society than any of the stars lighting up television screens on Sundays. A silent protest that began in 2016, when Kaepernick started kneeling during the national anthem to call attention to police brutality and racial injustice, grew into a social movement that highlighted the nation’s cultural divide, roiled powerful institutions from the NFL to the White House, and forced us all to grapple with difficult questions about protest, patriotism and free speech—issues many would rather ignore, let alone face as part of their weekend entertainment.

As the controversy mushroomed this year, Kaepernick declined to speak about his role, but paid a heavy price for taking on the most popular sport in the U.S. Despite boasting talent and credentials that surpass those of many of the journeymen quarterbacks signed this year, Kaepernick found himself out of work; front offices around the league decided they were better off without the distraction. In October, he filed a collusion grievance against the NFL, arguing that he had been blackballed by its owners. He’s set to become the first star athlete since the Vietnam era to lose his career because of his beliefs. Gregory, Sean.   "All Across the Country, Athletes Are Fueling a Debate About How America Defines Patriotism."     Time.   22 September 2016.