Did the U.S. Food and Drug Administration Announce a Ban on a Colgate Total Toothpaste Ingredient?

A widely-shared article gets some crucial facts wrong about a September 2016 FDA ruling on the use of triclosan. 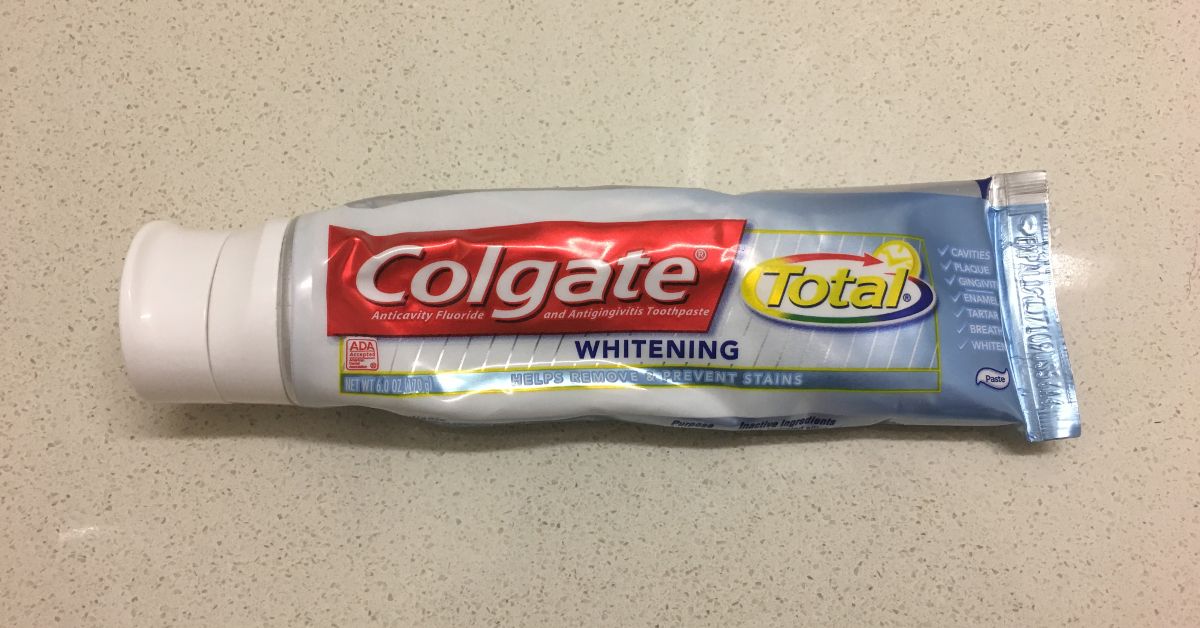 Claim:
In June 2017, the FDA announced it would be banning the use of triclosan in various products, including Colgate Total.
Rating:

In September 2016, the FDA ruled that a host of products could no longer be sold due to their containing triclosan, an antimicrobial agent.

Despite containing triclosan, the toothpaste was conspicuously not included in the list of banned products, and continues to be approved by the FDA; the agency made no announcement regarding triclosan or Colgate Total in June 2017.

On 26 June 2017, Woman Daily Tips published an article appearing to report that the Food and Drug Administration  had just announced it would be banning the antimicrobial agent triclosan, which is commonly found in soaps and toothpaste:

The FDA has just issued a warning this week noting that they will be putting a ban on triclosan — a common antibacterial agent used in soaps, detergents, toys, cosmetics, and toothpaste. Apparently, the chemical poses a high-degree of health risks and side effects.

Colgate Total is just one of many products that list triclosan as an active ingredient.

In reality, Colgate Total is one of very few products containing triclosan that the FDA has not banned. In September 2016, the agency ruled that a host of antiseptic and antibacterial wash products could no longer be sold in the United States, due to the presence of certain ingredients — including triclosan:

The agency issued a proposed rule in 2013 after some data suggested that long-term exposure to certain active ingredients used in antibacterial products — for example, triclosan (liquid soaps) and triclocarban (bar soaps) — could pose health risks, such as bacterial resistance or hormonal effects.

However, this ruling did not include Colgate Total because the manufacturers — Colgate-Palmolive — were able to demonstrate that the health benefits of the product (it is effective at reducing plaque and gingivitis) outweighed any potential for harm. At the time, FDA spokesperson Andrea Fischer told the New York Times:

Based on scientific evidence, the balance of benefit and risk is favorable for these products.

The FDA's official stance on Colgate Total has not changed since September 2016, and the product was included in the June 2017 approved drug product list. The American Dental Association also lists Colgate Total as an "accepted product".

The irony of the Woman Daily Tips article is that it singles out a specific brand of toothpaste as being the subject of an imminent ban due to its containing triclosan, when in fact Colgate Total is conspicuous as a product that was not banned in a September 2016 ruling on triclosan. Contrary to the article's claim, the FDA did not make an announcement during the week of 26 June 2017 that a ban on Colgate Total, or an additional ban on triclosan, was imminent; nor did the agency make such an announcement at any time during the first half of 2017.

Saint Louis, Catherine.  "Why a Chemical Banned From Soap Is Still In Your Toothpaste."   New York Times.  7 September 2016.