Is Cocoa Mulch a Danger to Dogs?

Veterinarians have warned that cacao shells contain the same ingredient that makes chocolate toxic to dogs. 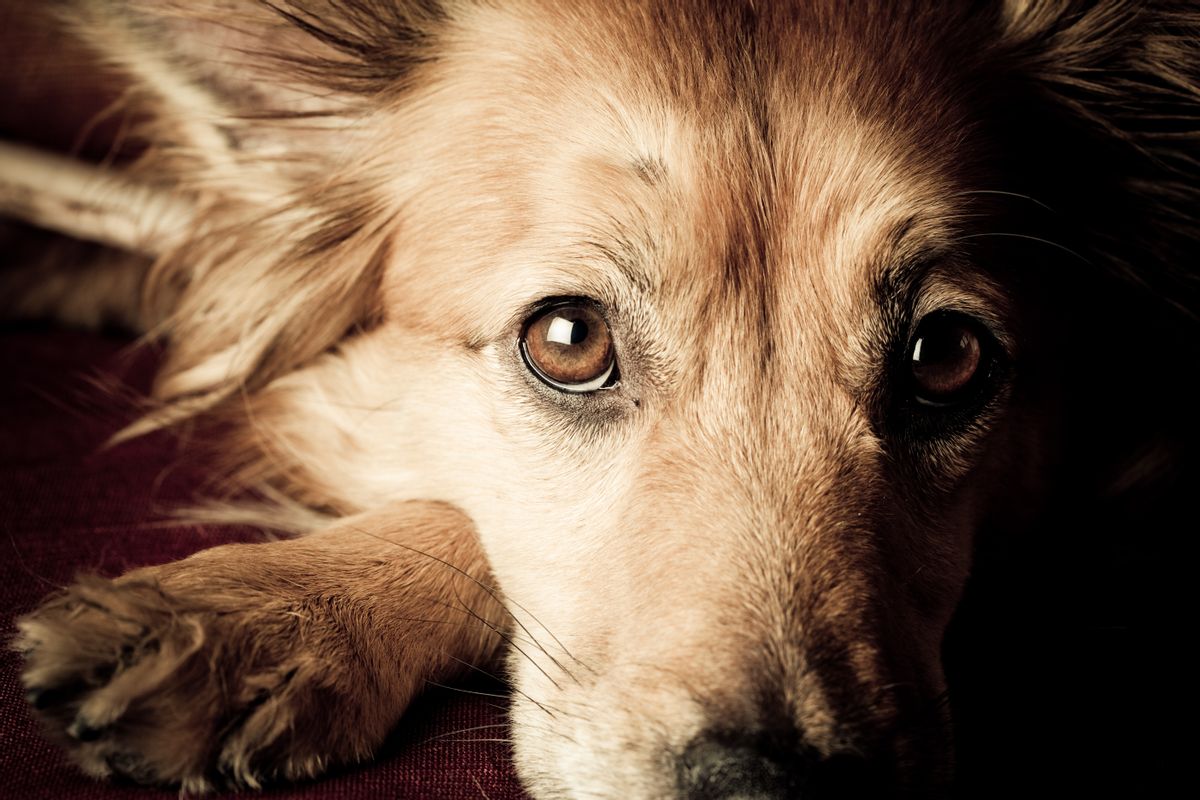 Claim:
Cocoa mulch contains a chemical (theobromine) that can be harmful to pets.
Rating:

This warning about the potential danger to pets posed by cocoa mulch began appearing in our inbox in May 2003.

Theobromine is the ingredient that is used to make all chocolate — especially dark or baker's chocolate — which is toxic to dogs.

Although there is at least some truth to this one, the dangers it warns about are by now somewhat outdated and exaggerated: most dogs aren't really interested in eating cocoa mulch, some brands of that product have been reformulated to reduce or eliminate the potentially dog-dangerous substance it contains (theobromine), and we know of only one substantiated case of a pet death caused by ingestion of the substance.

(In July 2007, "Moose," a 3-year-old Labrador belonging to a Minneapolis couple, died after eating cocoa mulch purchased at a local store. His owners had a veterinarian at the University of Minnesota perform a necropsy to determine the likely cause of death of their young and previously healthy pet. The vet found cocoa shells in Moose's stomach and evidence of theobromine in the shells.)

Cocoa mulch, made of cacao shells, is popular with gardeners and landscapers for a number of reasons: it has an aromatic scent, it repels garden pests, it retains moisture well, and it has a rich brown color that darkens (rather than fades) over time. However, veterinarians have warned pet owners that cacao shells also naturally contain theobromine, the same ingredient that makes chocolate toxic to dogs:

Found in most home garden centers, cocoa mulch is known for its fine texture and the sweet smell the fresh mulch gives off.

But getting past the scent, Family says cocoa mulch can be dangerous if a dog starts eating it. It contains two key ingredients found in chocolate: theobromine and caffeine. Similar to eating chocolate, he says a dog that eats just a few ounces of cocoa mulch could starting having stomach problems and it could get worse if it eats more.

"As time goes on they might act restless, excited, it can produce tremors and seriously seizures," Family explained.

"Puppies are very curious animals. So they're going to be attracted to various things around the yard and [the effect of eating cocoa mulch] seems to be more severe in the small breeds, and it depends on the amount they actually ingest," Family said.

The American Society for the Prevention of Cruelty to Animals (ASPCA) confirms the potential effects of theobromine and caffeine on dogs:

According to tables we've examined, cocoa mulch contains of theobromine per ounce, making cocoa mulch one of the strongest concentrations of theobromine a pet is likely to encounter in any chocolate product. However, the question of the gravity of the risk presented by this type of gardening mulch remains a matter of debate. According to for example:

It is true that studies have shown that 50% of the dogs that eat Cocoa Mulch can suffer physical harm to a variety of degrees (depending on each individual dog). However, 98% of all dogs won't eat it.

And some of those who vend cocoa mulch note that although they're aware of the pet warnings, they've never encountered a case of a dog's being sickened by the product:

"The weird thing is, it smells like a chocolate Pop Tart. That's the best way I can describe it. It really does have a chocolate scent to it," explained Shane Compton of Hewitt's Garden Center.

Compton says cocoa mulch is not that popular at his store, but says it has its regular customers who every now and then wonder about the rumors they hear and the effect it has on man's best friend.

"There's always stories on the Internet, but in the we've been here we've actually never heard of any body's dog getting sick," Compton said.

Some manufacturers of cocoa mulch (such as the brand) now proclaim that their products are theobromine-free and pet safe. Responsible pet owners should take care in their selection of cocoa mulch brands; some might prefer to choose another form of soil enhancement for their gardens, such as cedar-based products, rather than gamble their dogs won't be attracted to or harmed by cocoa mulch.

(Although Home Depot is named as a vendor of cocoa mulch in the example cited at the head of this page, the company told us in May 2006 that: "The Home Depot does not and will not sell mulch harmful to pets. The mulch sold by The Home Depot containing cocoa shells goes through several cleaning processes, including a high heat system in order to strip the cocoa fat from the shells without the use of any chemicals.")

The danger of canine theobromine poisoning does not begin and end with cocoa mulch, however: chocolate in any form poses substantial risks to some pets. This most beloved of foodstuffs contains theobromine and small amounts of caffeine, both of which can sicken and even kill cats and dogs.

Chocolate's toxicity to animals is directly related to three factors: the type of chocolate, the size of the animal, and the amount of chocolate ingested. Unsweetened baking chocolate presents the greatest danger to pets because it contains the highest amount of theobromine, approximately per ounce. White chocolate contains the least. As a general rule of thumb, one ounce of milk chocolate per pound of body weight can be lethal for dogs and cats. (Milk chocolate contains approximately of theobromine per ounce.)

Theobromine affects the heart, central nervous system, and kidneys, causing nausea and vomiting, restlessness, diarrhea, muscle tremors, and increased urination. Cardiac arrhythmia and seizures are symptoms of more advanced poisoning. Other than induced vomiting, vets have no treatment or antidote for theobromine poisoning. Death can occur in 12 to

This type of poisoning is uncommon because it is rare that a dog, even a small dog, will eat enough chocolate to cause anything more than an upset stomach. Yet it can happen, especially if the animal gets into baking chocolate or powdered cocoa, two forms of the sweet particularly loaded with theobromine.

Do not feed chocolate to dogs or cats. If you keep a pet, do not leave chocolate lying about lest your critter help himself to it and in so doing poison himself. If your animal begins exhibiting signs of distress and you believe he might have gotten into some chocolate, call your veterinarian immediately. (It will help if you can supply information about the approximate weight of your critter, what sort of chocolate was ingested — white, milk, dark, cocoa powder, baking — and roughly how much.) But time is of the essence if such a poisoning has indeed taken place, so make the call right away.