Is This a Video of a Cockroach Strumming a Guitar? 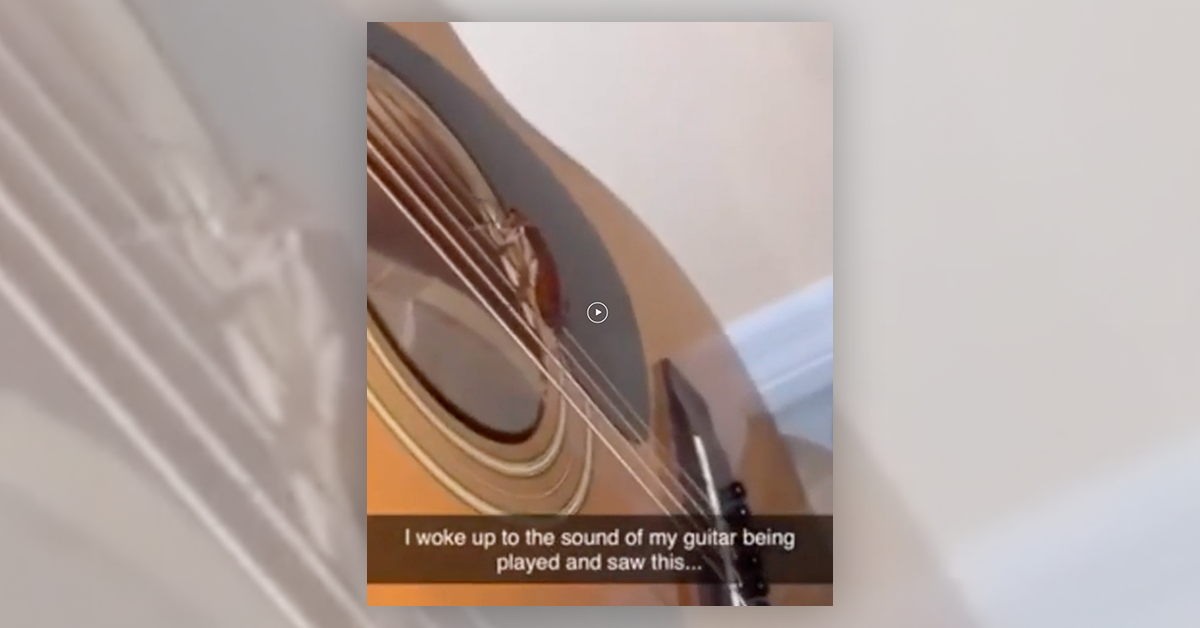 Claim:
A video shows a cockroach producing musical tones on a guitar.
Rating:

A video appearing on multiple platforms and shared with the caption "I woke up to the sound of my guitar being played and I saw this" shows a cockroach on a quixotic mission to climb the neck of a guitar, producing strumming noises in the process:

While we are unable to locate the original source of the video, we know that it first went viral on Feb. 6, 2020, after being shared on Barstool Sports' TikTok account. We have no reason to doubt the authenticity, in part because cockroaches on guitars appear to be an at least somewhat common problem. Several message boards discuss the problem of cockroaches living in guitar gear.

In fact, the viral video in question is not even the only footage that exists of a music-generating cockroach. This video, which shows what appears to be a slightly more novice insect instrumentalist, was published in 2017: