Did Bricks of Cocaine Wash Up on Beaches After Hurricane Dorian?

A variety of debris and unusual items washed up in Florida in summer 2019 due to Hurricane Dorian. 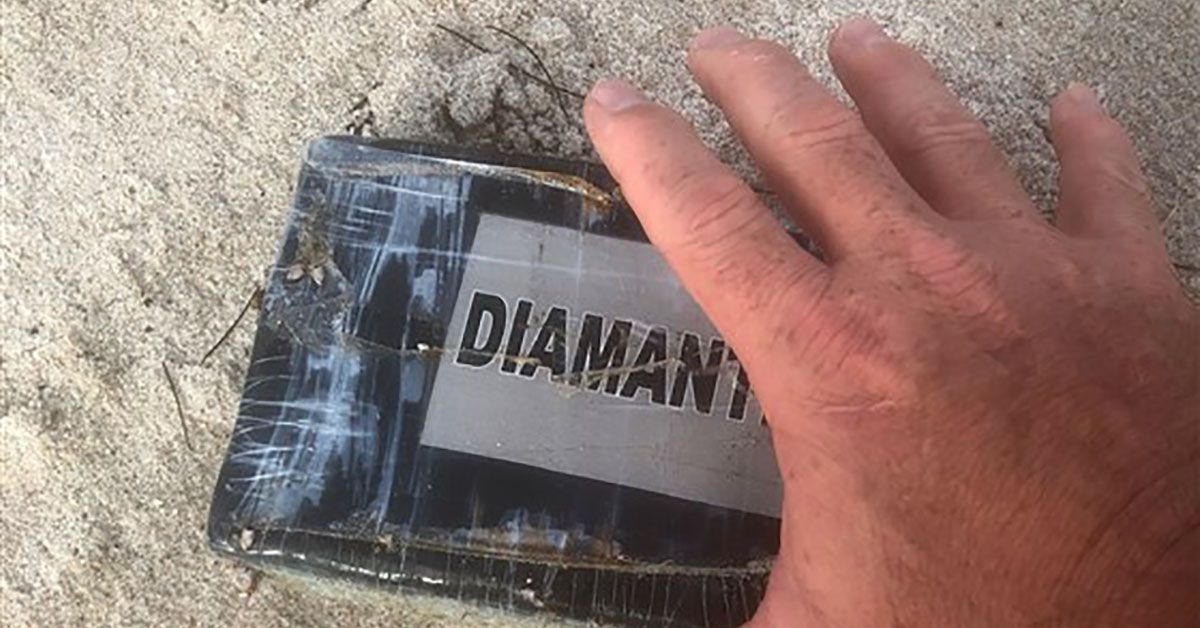 A brick of cocaine was found on a beach in Florida as Hurricane Dorian began to impact the area.

A large amount of cocaine was found in a duffel bag on a Florida beach before the storm.

It's unclear if Hurricane Dorian played any part in these drugs washing up on shore.

On Sept. 10, 2019, social media users encountered a video posted by @NowThisNews that reported bricks of cocaine had washed ashore on a beach in Florida after Hurricane Dorian:

While the described incident may seem somewhat strange, the video was based on genuine news reports.

Days earlier, CNN reported that Melbourne City police found a brick of cocaine on a beach after a beach-goer reported it as a "suspicious package." The officer had the package's contents tested and confirmed that they were cocaine: A beachgoer found the drugs, pointing out a "suspicious package" to a patrol officer monitoring the beach, Melbourne city spokeswoman Cheryl Mall told CNN. The officer took the package into custody, and the contents were tested, confirming the cocaine.

This brick of cocaine was found a few days after law enforcement discovered another stash of cocaine on Cocoa Beach. Local news outlet Florida Today reported that officers found a duffel bag containing 15 kilos of cocaine worth about $300,000:

Cocoa Beach police are asking beachcombers in the aftermath of Hurricane Dorian to be cautious about suspicious packages after a duffel bag stuffed with 15 kilos of cocaine washed ashore over.

The find — worth at least $300,000 — came before Dorian’s violent stirrings in the Atlantic led to a single brick of cocaine being found along a beach in Melbourne.

“There is a possibility that more will come onshore. Especially now with these conditions. It could be coming from anywhere,” said Manny Hernandez, spokesman for the Cocoa Beach Police Department.

“We’re telling people to be cautious and not to grab or handle it because if there is an opening, it can go into your pores and you can overdose,” he said.

Cocoa Beach Police Sgt. Manny Hernandez told us that this duffel bag of cocaine was found "pre-Hurricane Dorian" on Aug. 30, 2019. It's unclear if these two packages were connected. However, as some of the cocaine washed ashore prior to the hurricane, we've marked this article as "Mostly True."

Here are the facts regarding the cocaine that washed up in Cocoa Beach (Pre-hurricane Dorian):

On Friday, August 30, 2019 (pre-hurricane Dorian) at approximately 17:16 (5:16pm), Cocoa Beach Police responded to the Beach End of S. 6th St, Cocoa Beach, FL., in reference to a suspicious package that washed up on shore. The red, travel style duffle bag, was noticed by a beach goer who immediately contacted the police department as the bag appeared suspicious.

Responding officers believed the duffle bag contained illegal substance and properly removed it from the beach and transported the bag to the Cocoa Beach Police Department. Upon further inspection, the bag contained 15 small "bricks" that were tightly packaged. However, it was believed the packages may contain an unknown narcotic, possibly cocaine.

Cocoa Beach Police contacted the U.S. Customs and Border Protection agency and notified them of the suspicious bag and contents. A representative/Agent with the agency responded to the Cocoa Beach Police Department the same evening. U.S. Custom and Border Protection Agent inspected the packages and after removing several layers off one of the "Bricks", the Agent informed the substance to be cocaine.

It is unknown who the duffle bags belongs to and unknown where the cocaine is from. There were no further incidents involving the duffle bag. The bag and the 15 "Bricks" (1 Kilo per brick) was turned over to U.S Custom & Border Protection Agent. The street value in the central Florida area is approximately $20K - $30K per "Brick" (Kilo).

While these news reports may seem unusual, these incidents were not the first time drugs had washed ashore in Florida. In 2016, law enforcement recovered 20 kilos of cocaine worth about $600,000 near Jupiter Island in Martin County. A similar discovery was made the following year near Melbourne Beach.

Correction [11 September 2019]: Rating of this article was changed from "True" to "Mostly True." A statement from Cocoa Beach was added and some language was changed to correct the timeline of events.