Was a Woman Fatally Bitten by a Snake in Her Coat Pocket?

You never know when you may come across your worst fears. 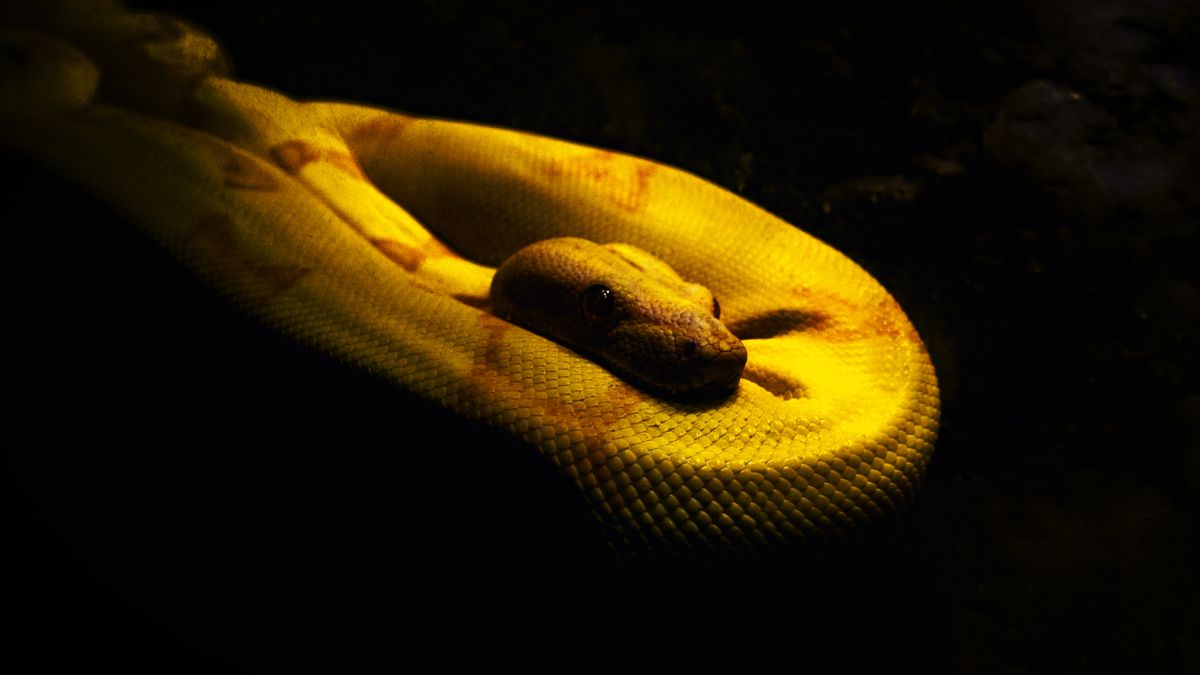 Claim:
A woman was fatally bitten by a snake found in the pocket of her new winter coat.
Rating:

The tale of the deadly snake lurking in consumer goods dates to at least the mid 1960s. As a snippet of popular lore, it combined two familiar elements: distrust of business establishments, and dangerous foreign creatures encountered in unexpected places.

Recently, when visiting my parents in NJ, my elderly aunt told me that her neighbor's visiting nurse told her that another patient of hers was recovering from a snakebite. This woman had gone to a large clothing outlet type store and tried on a coat. After experiencing swelling and discomfort in her shoulder, went to the doctor who pronounced her the victim of an unknown snake. She returned to the store, found the same coat she had tried on and the store manager discovered two baby snakes still in residence in the coat. The woman had recovered and of course was suing the store.

Several summers ago a housewife in New York suffered a very unfortunate accident while out shopping. It transpired that she had gone into a large department store to look for a wicker clothes-basket with a lid. As she looked through the baskets she kept putting her hand inside the lid and running her fingers round the rim to check that they did not have any loose canes that would snag the clothes as they were pushed in and pulled out.

While going through this procedure, all of a sudden, she gave a cry and fell to the floor. She was immediately rushed to hospital but found to be dead on arrival. On examination it was discovered that she had died as a result of a snake bite. When the baskets were checked they found a large and deadly poisonous snake in the bottom of the one she was seen to examine last. It was concluded that the snake had arrived in America having been shipped in the basket from the Far East.


By 1991, a legend that had begun in the late 1960s as a "snake hidden in most anything" tale had polarized into a "viper in a winter coat" tale. Moreover, by that time the legend had come to be strongly associated with Burlington Coat Factory, a New Jersey firm with stores across the U.S.A. Though many clothiers manufacture outerwear, and winter coats are offered for sale in most clothing stores, Burlington Coat Factory is one of the few to specialize almost exclusively in this item of apparel. Consequently, any legend involving a winter coat will naturally gravitate towards that firm. The impression that coats are less expensive at Burlington adds to the believability of the legend — to sell them on the cheap, popular wisdom dictates that Burlington must be importing its inventory from third world countries just a'slithering with venomous snakes.

Burlington says its been looking for that mythical snake for years and is constantly being asked about it. According to its people, the story could never come true in that chain — coats don't get to the consumer fast enough for any lurking snakes (assuming there were any) to still be part of the deal.

"If a snake is in there, it's got to sit in a distribution center for a few months before it's sent to the stores. Are you going to tell me, it survived all that time up a sleeve?" said Ric Bramble, Burlington Coat Factory spokesman at the chain's headquarters in Burlington.

Venomous spiders have, upon occasion, turned up in the produce section of grocery stores (often amongst the grapes). Contrary to legend, they don't pop up in dry goods or in clothing departments.

Snake sightings in retail establishments are even more rare, but a 1991 lawsuit asserted that one slithered into a Pennsylvania couple's mattress. Shortly after purchasing the mattress in May 1988, the couple noted unusual movements in the bed that they suspected could be a living creature. They exchanged the mattress for another, but again noted those same odd movements in their bed. After four months of this, they took the mattress to a lab, where workers found what was left of a 26-inch ribbon snake. The couple asked for $20,000 in damages.

In September 2003, Douglas Hatchett of Bangs, Texas, while shopping for shoes in a Wal-Mart, claimed to have been bit by a rattlesnake which had been concealed behind a shoebox on a shelf. The victim said he stomped the snake to death, and the man was treated and released the same day from an area hospital. Doubt has since been expressed as to the veracity of his claim, with the hospital asserting Hatchett was not bitten by the snake and that their services were stolen by him. Wal-Mart as well is questioning the validity of Hatchett's story, and police at the scene said to a Wal-Mart employee the dead Western Diamondback rattler didn't look like a freshly killed snake.

Key to understanding the legend is appreciating that the fatal coat is never purchased from an upscale shop. The common perception of discount stores' trading off quality for price enters into this legend, as does an element of the overly frugal shopper getting her just deserts. Had she only been willing to pay retail, we nod sagely to ourselves, she'd have lived.

Most of all, however, this tale speaks to our fear of foreign contamination. The snake in this legend always comes from outside the U.S.A., even though America also has both venomous vipers and a textile industry. Just as in the Mexican Pet and the spider-filled shaking cactus legends, something brought in from a foreign land conceals untold dangers.