Is This a Real Video of the Coachella Ferris Wheel 'Dancing'?

The ferris wheel at Coachella is definitely an engineering marvel. 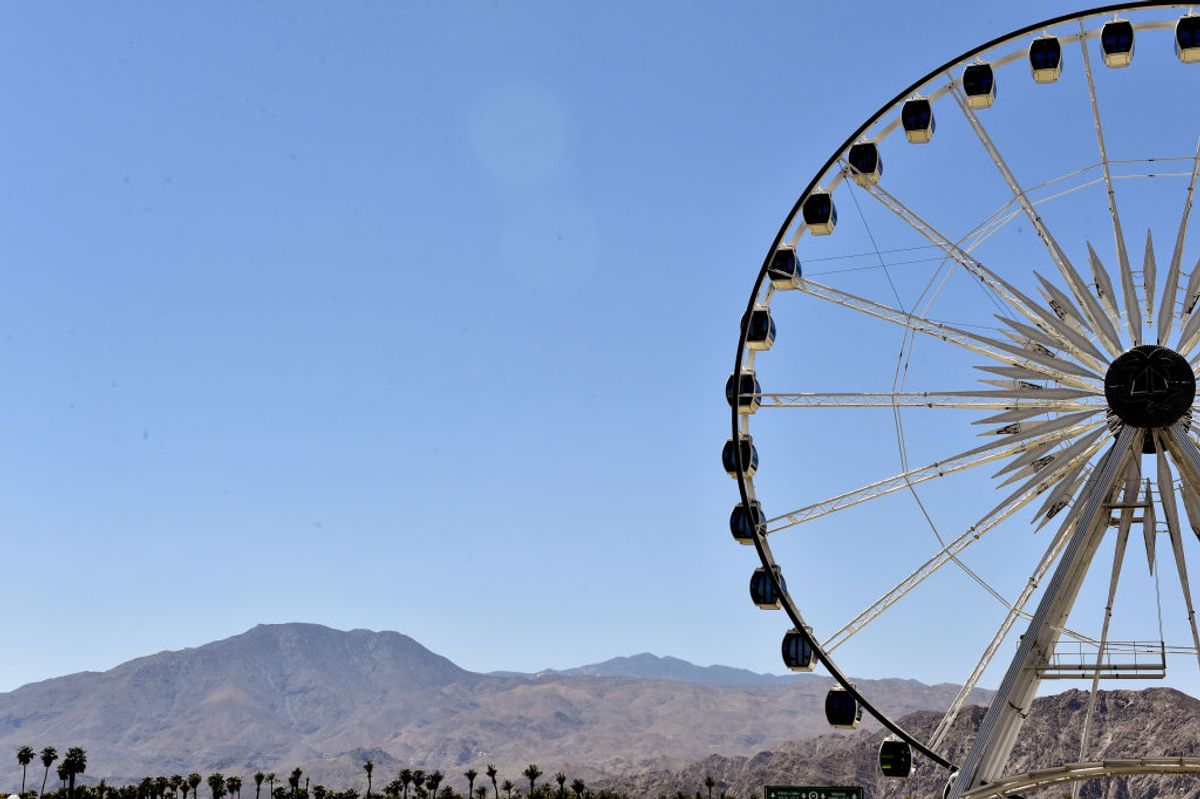 Claim:
A video shows the Coachella ferris wheel "dancing" as it rotates.
Rating:

More than 100,000 music fans gathered in Indio, Calif., in mid-April 2019 for the annual Coachella Valley Music and Arts Festival. In the lead-up to the event, the Twitter account for the popular music festival posted a video that supposedly showed the Coachella ferris wheel "dancing" as it rotated:

First 100 people at the Ferris Wheel ride for free ? pic.twitter.com/5y9GZoybf3

This is not a genuine video of the Coachella ferris wheel but a computer-animated video of it created to promote the annual festival.

Filmmaker Ari Fararooy made the video as part of a social media campaign for Coachella. When he shared the video to his Instagram page, he noted that the video was based on drone footage shot by White Owl Aerial and featured CGI (computer-generated imagery) done by John Bashyam. In other words, this ferris wheel rotates just like other ferris wheels. The "dancing," wriggling motions are the result of digital editing.

The Coachella ferris wheel is one of the largest, transportable ferris wheels in the world. Nauta Brussink, Inc., manufactured it, and it is owned by the amusement park ride company Ray Cammack Shows:

That beautiful Ferris wheel at Coachella (Le Grande Wheel) is the world’s largest transportable Ferris wheel, only second in size to the London Eye and Le Grande Roue de Paris; both are so big they remain stationary. The Wheel arrives in 22 containers, it is transported to Reliant Park in 17 18-wheelers. Assembly required the use of a 60-ton crane and took 10 days to complete.

After spending 20 years as a ticket taker at carnivals, Ron Bussink, 43, envisioned this fabulous wheel. The ingenious Swiss designer is now president and chief executive officer of Nauta Brussink, Inc. which manufactured the wheel.

It took three years to build and requires more electrical power than all other rides at most fairs.

The wheel reaches heights of more than 150 feet. It is easily the highest vantage point for viewing the festival in its entirety.

While the Le Grande XL Observation Wheel spends most of its April in Indio, Calif., it travels to other major festivals, such as the Houston Livestock Show and Rodeo, throughout the summer. Here's a video showing what this ferris wheel actually looks like when in motion: