The parody headline was even shared — without disclaimer — by Elon Musk himself. 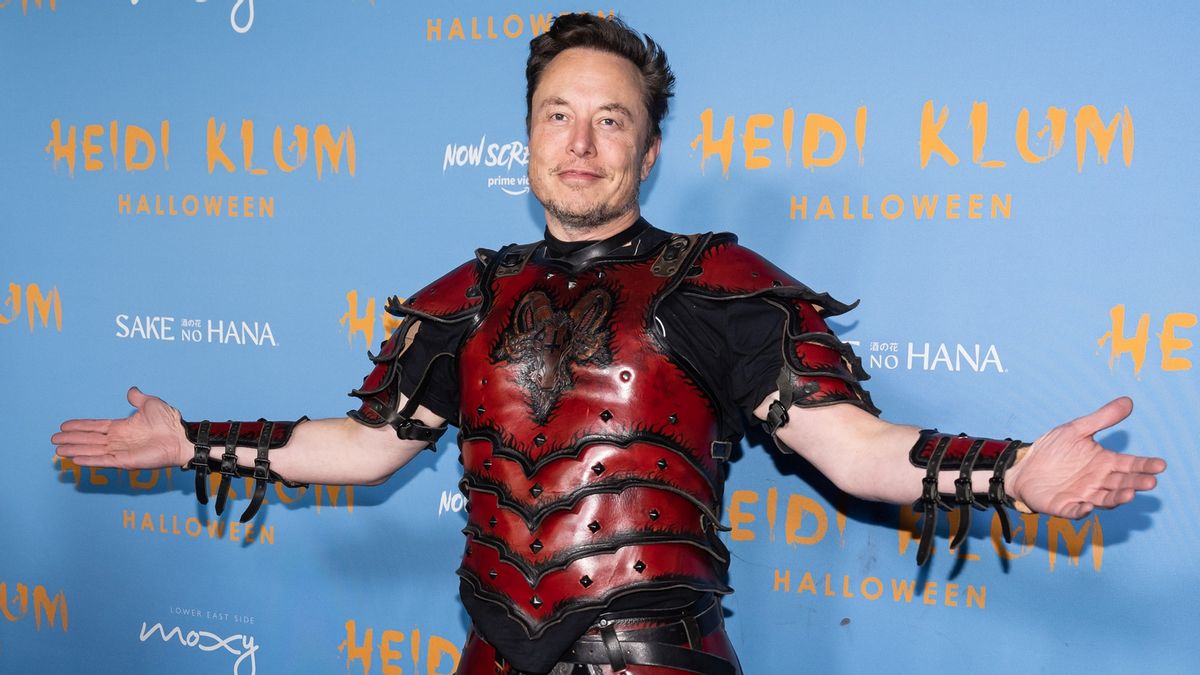 On Nov. 28, 2022, billionaire tech entrepreneur Elon Musk, at that time just one month into his new role as Twitter's CEO, tweeted what appeared to be a screen capture of a CNN news segment with chyron text that read, "Elon Musk could threaten free speech on Twitter by literally allowing people to speak freely": 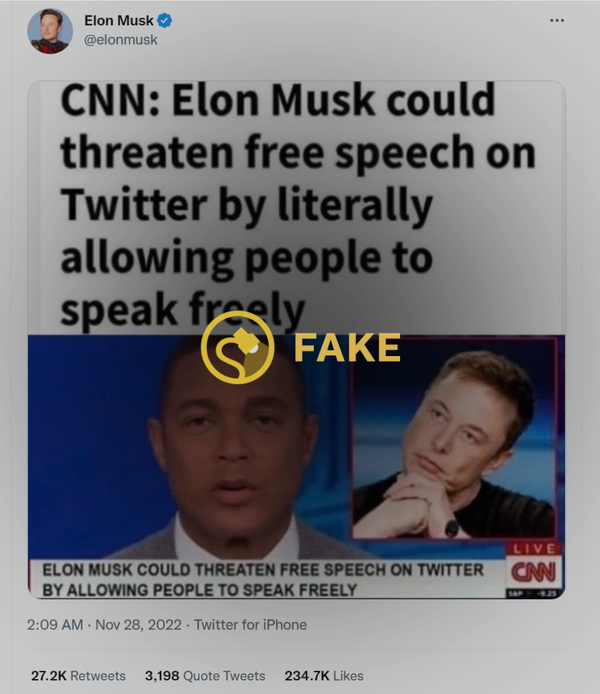 However, as CNN's PR department quickly pointed out in a reply to Musk's tweet, the screenshot is fake, and no such headline ever appeared on CNN:

A "Community Note" was soon appended to Musk's tweet stating that:

The screencap in this image is not real and originated from a satirical website. CNN aired no such report about Musk "threatening free speech" and the chyron has been digitally altered to add the text.

The satirical website referred to in the note is the Genesius Times, which indeed bills itself as "The most reliable source of fake news on the planet." Another blurb on the site says, "We strive to provide the most up-to-date, accurate fake news on the Internet. Our team of journalists, hacks, and starving writers only want one thing: to make you laugh and/or cry." The CNN satire was published in April 2022.

We reached out to Musk via Twitter to ask if he realized the screenshot was fake when he shared it. Given that one of the larger challenges he has faced in taking over the reins of the platform is making sure satire and parody accounts are adequately labeled so they don't confuse or mislead users, it was unclear what his intentions were when he shared the fake tweet without identifying it as such.

Although we didn't hear back from Musk in regard to our query, he did issue a subsequent tweet implying that his earlier message was a successful test of Twitter's Community Notes feature:

Musk had complained on at least one previous occasion when false information about him was published by a parody account and subsequently picked up by news outlets: