Was the 'Intern' Who Took Acosta's Microphone Actually the Deputy Press Secretary?

Who's in charge of the White House press microphone? Internet sleuths muddied the waters. 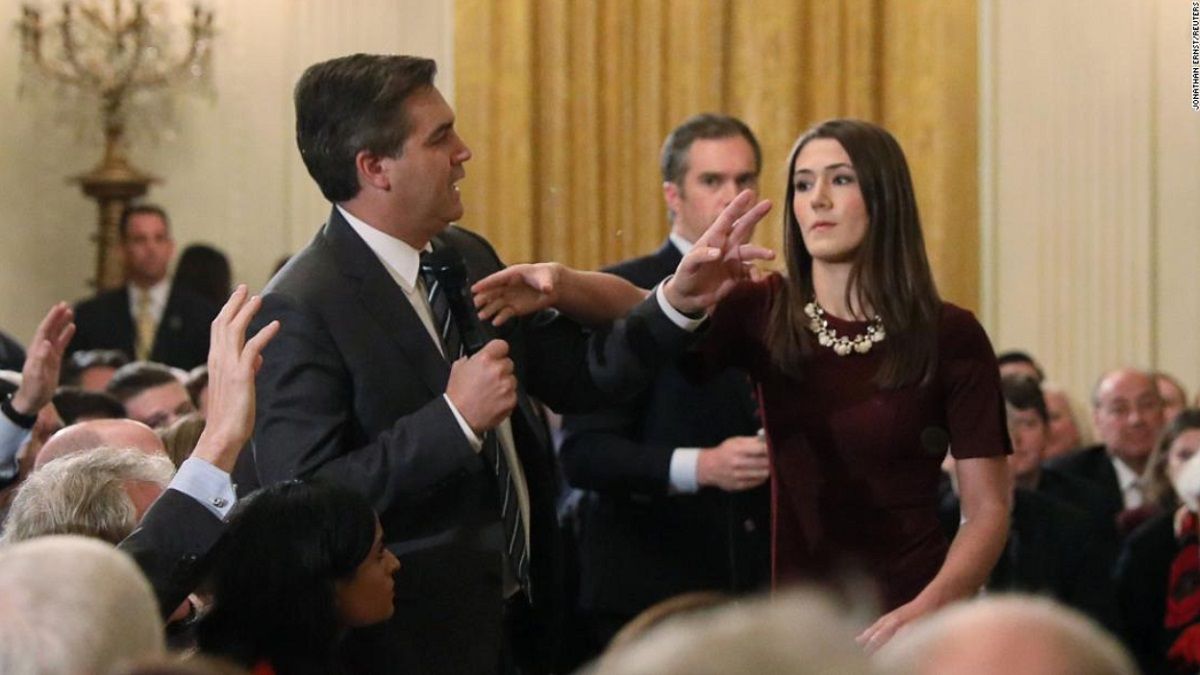 On 7 November 2018, CNN reporter Jim Acosta and President Trump engaged in a heated exchange during a press conference, and when Trump declined to respond further to the CNN reporter's questions, a young woman walked over and attempted to take away the microphone from Acosta. This led to a brief, awkward, and controversial incident which ultimately resulted in Acota's press pass being revoked and CNN's filing a lawsuit against the White House. This claim did not originate with a news report, a press release, or someone with firsthand knowledge of the incident; rather it was based solely on the observation that the woman who took the mic from Acosta bore a passing resemblance to Walters.

Lindsay Walters may not be a well-known public figure, but she would certainly have been recognized in a room full of White House reporters. In fact, multiple reporters who were at this press conference have stated that Walters was not involved in the incident.

Noah Bierman, a White House reporter from the Los Angeles Times, said that he was sitting next to the intern during the press conference and that she was not Lindsay Walters: Justin Duckman, the Washington correspondent for Talk Media News, also said he was in the room and would have recognized Walters:

It should also be noted that Walters was not named in the lawsuit filed by CNN against the White House. The lawsuit listed six defendants for their "roles in enforcing and announcing Acosta's suspension," and if the woman in charge of the microphone were actually the White House Deputy Press Secretary and not just an intern, it's likely that Walters would have also been named in the lawsuit.