Did CNN Report That Boulder Shooting Suspect Was 'Morally White'? 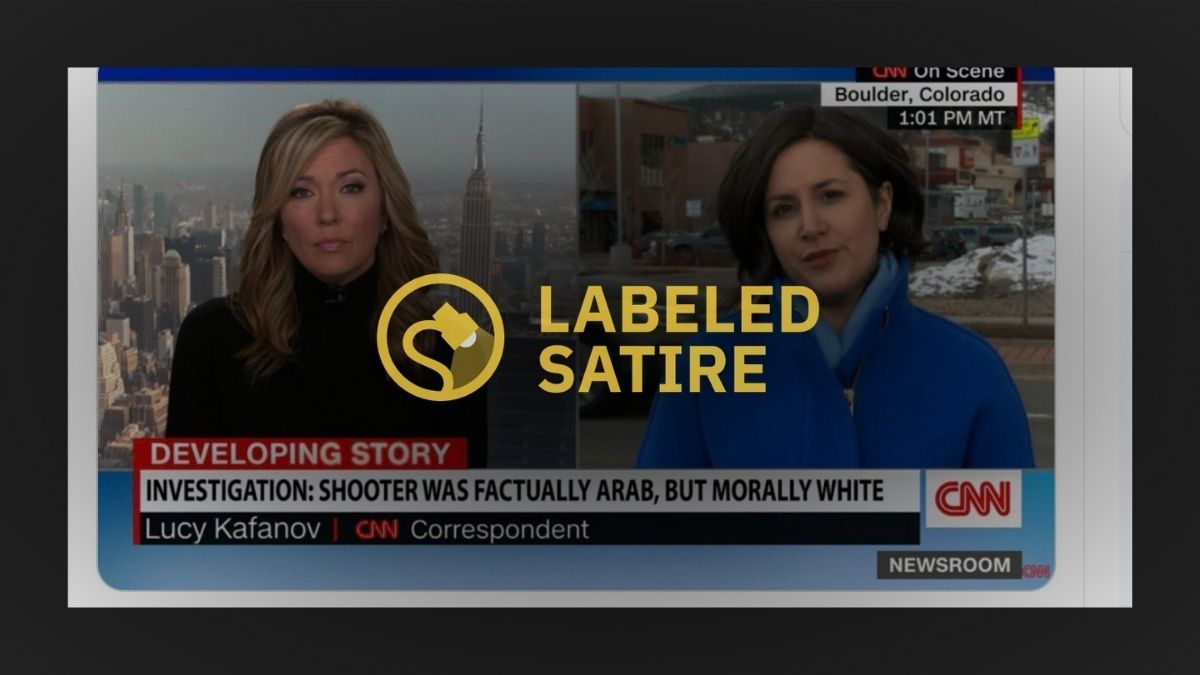 Claim:
In March 2021, CNN reported the suspect in a mass shooting in Boulder, Colorado, was "morally white."
Rating:

On March 23, 2021, the website Babylon Bee published an article positing that news media said of a suspect in a mass shooting in Boulder, Colorado that, "in spite of being Arab, the shooter was morally white.":

BOULDER, CO—After 24 hours lamenting the scourge of white supremacy in America, new details revealed that an evil mass shooter was Arab. The media was able to retain their narrative, however, when further details emerged that in spite of being Arab, the shooter was morally white.

"The mass shooter was morally white," said one CNN anchor. "This clearly shows that white supremacy is still the enemy here. Whiteness is a flexible thing that can mean whatever soulless political opportunists like us want it to mean, whenever we need it to! Did I say that out loud? Wait-- um, er, I mean... wow, such a tragedy."

The story also contained an image that appeared to be a screenshot of a CNN broadcast, with the satirical headline included on the chyron. The image circulated widely on social media -- in several cases without any link back to its original context.

Ten people were killed in a mass shooting at King Soopers grocery store in Boulder, Colorado, on March 22, 2021. The suspect in the shooting, Ahmad Al Aliwi Alissa, was born in Syria.