A fake news story reported that Hillary Clinton was given her questions for the first presidential debate of 2016 a week in advance. 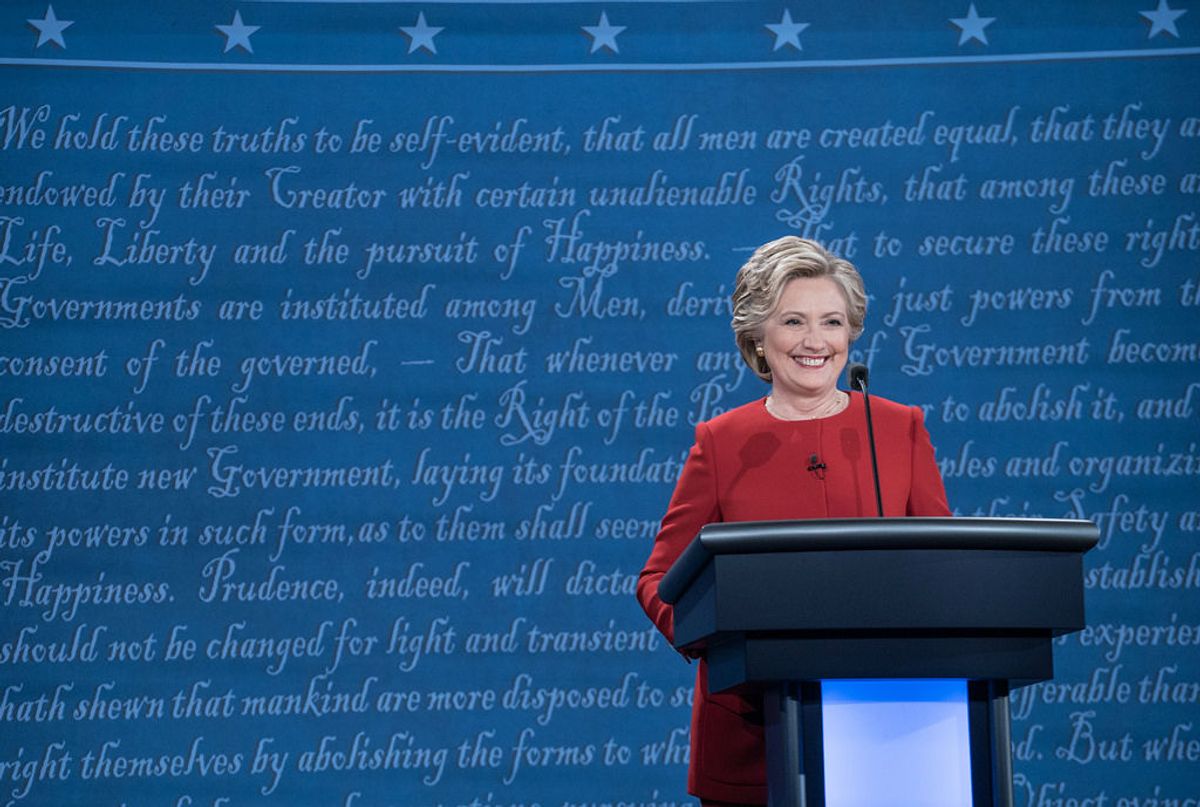 Claim:
Hillary Clinton received her questions for the first presidential debate of 2016 a week in advance.
Rating:

On 26 September 2016, Democratic presidential nominee Hillary Clinton and Republican presidential nominee Donald Trump squared off at Hofstra University for the first head-to-head presidential debate of the campaign. One of the talking points that emerged from the debate was the preparedness of each candidate, exemplified by this line from Clinton in response to a remark by Trump about her recent absence from the campaign trail:

“I think Donald just criticized me for preparing for this debate. And yes I did. And you know what else I prepared for? I prepared to be president. And I think that’s a good thing.”

While legitimate news outlets such as Washington Post penned articles explaining how Clinton meticulously prepared for the debate, the non-legitimate Baltimore Gazette published a fake news article offering a different explanation — Clinton had received her debate questions a week in advance:

The first presidential debate was held and Hillary Clinton was proclaimed the winner by the media. Indeed Clinton was able to turn in a strong debate performance, but did she do so fairly? Multiple reports and leaked information from inside the Clinton camp claim that the Clinton campaign was given the entire set of debate questions an entire week before the actual debate.

Earlier last week an NBC intern was seen hand delivering a package to Clinton’s campaign headquarters, according to multiple sources. The package was not given to secretarial staff, as would normally happen, but the intern was instead ushered into the personal office of Clinton campaign manager Robert Mook. Members of the Clinton press corps from several media organizations were in attendance at the time, and a reporter from Fox News recognized the intern, but said he was initially confused because the NBC intern was dressed like a Fed Ex employee.

The above-quoted story is a piece of fake news from a relatively new fake news site. While the Baltimore Gazette does not carry a disclaimer labeling its content as fiction, several factors give away that it is not the outlet of a legitimate newspaper or news organization, but rather a hastily thrown-together hoax site. Everything about Baltimore Gazette site is generic: the social media buttons don't link to any online presence, several of the news topic sections are merely placeholders with no content, and the physical address provided in the "contact us" section is a non-existent one that would place the newspaper in the middle of the Lockwood Plaza shopping mall. The site also already has a track record of publishing demonstrably fake news stories.

This fake news story about the first presidential debate was a complete fabrication and is unrelated to later claims that Donna Brazile might have provided the Clinton campaign previews of questions to be asked at much earlier Democratic primary (i.e., non-presidential) events.