A video showing an encounter between Hillary Clinton and Israeli prime minister Benjamin Netanyahu is actually an old satirical clip. 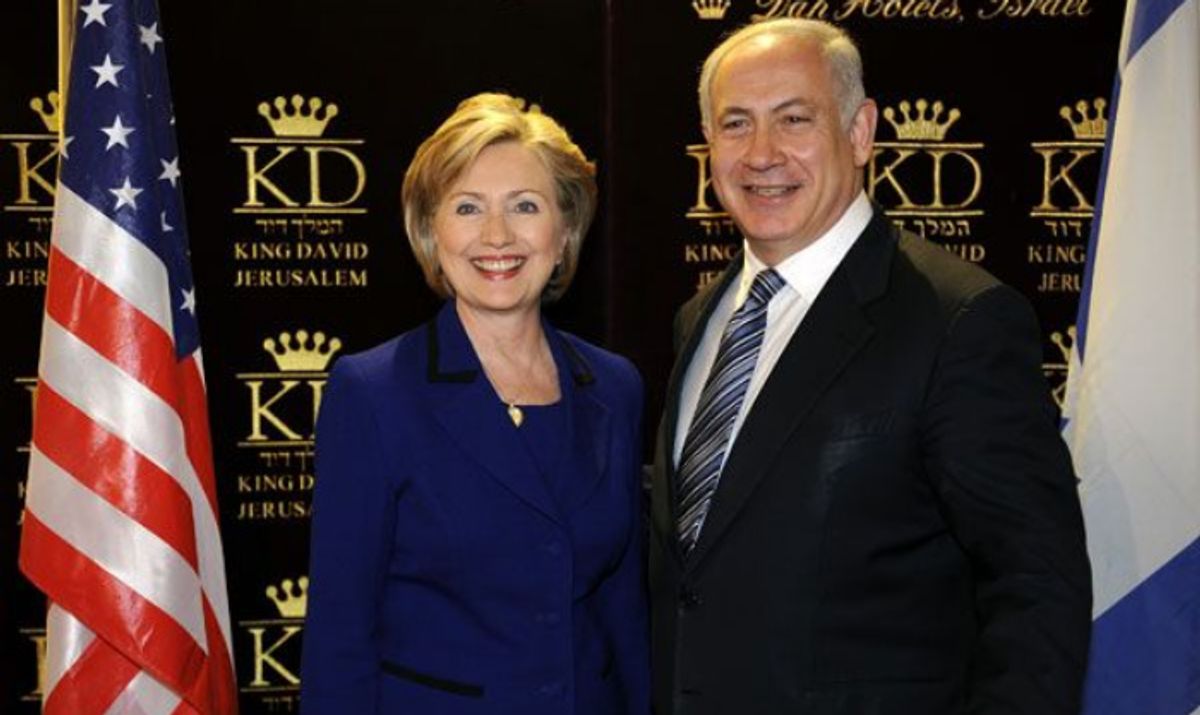 “One of the things we are trying to do is maximize the number of civilians casualties. We prefer that. I know that you understand this, but if not: this is something I don’t have to explain to Americans, President Obama, you, and the international community.”

This video is actually a spoof that first aired as part of a satirical segment of the Netherlands-based television show De Wereld Draait Door on 21 November 2012. The video was created by editing together real footage with audio clips from various speeches to make appears as though Netanyahu was openly calling to maximize civilian causalities while Clinton, then the U.S. secretary of state, stood idly by.

It is true that Hillary Clinton and Benjamin Netanyahu met in November 2012 to talk about a truce in the Gaza strip:

U.S. Secretary of State Hillary Clinton met Israeli Prime Minister Benjamin Netanyahu and pledged to work for a truce in the Gaza Strip "in the days ahead".

As the two began late-night talks in Jerusalem, Palestinian rocket fire and Israeli air strikes continued. Netanyahu said he would prefer a "long-term" diplomatic solution but repeated his readiness to step up an offensive against Gaza's rocket crews.

Several Jewish leaders condemned the satirical video shortly after it aired in 2012:

“This video is a blatant manipulation of the truth and a defamation of Israel’s policies and record in the recent Pillar of Defense operation.  The real threat of this video is that those who are misinformed, or those who already hostile to Israel, will believe that this video is real and that Prime Minister Netanyahu celebrates in the killing of civilians in Gaza,” Abraham Foxman, National Director of the Anti-Defamation League wrote in an email to The Algemeiner.