Accusations that Hillary Clinton paid an actor to dress up in Navy attire for the 2016 Memorial Day parade do not come from reliable sources. 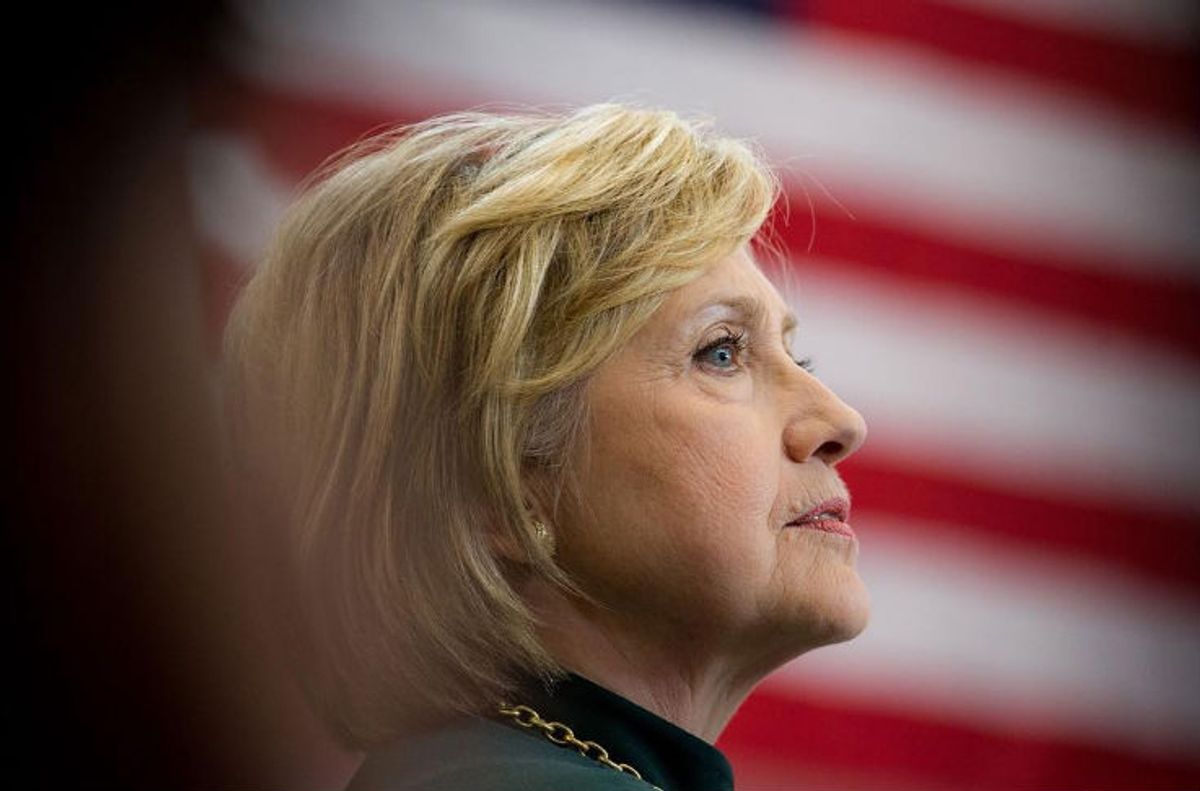 Claim:
Hillary Clinton paid an actor to dress up in Navy attire for a Memorial Day parade.
Rating:

On 31 May 2016, Facebook user Tony Galvez posted the above-displayed image of Hillary Clinton walking in a Memorial Day parade in Chappaqua, New York, along with the accusation that the Democratic presidential candidate had hired an actor to dress up in Navy attire to make it seem as if she had military supporters:

Now this is even low for the Clintons. Using a actor during a Memorial Day parade to make it look like she has military supporters!!!

Uniform is jacked, ribbons and medals are wrong, cover is tilted and last but not least, we are not allowed to wear our uniform to any political event in support of a candidate! Try again killary!

Galvez didn't provide any proof to back up this accusation. Instead, the claim that Clinton had paid an actor to be a Navy "poser" was based on a few innocuous observations about the man's attire and a misleading statement about military rules.

The writer of the Facebook post claimed that active duty service members are not allowed to wear their uniforms at a political events in support of particular candidates. This is true and is specifically addressed in a Department of Defense directive:

4.1.2. A member of the Armed Forces on active duty shall not:

4.1.2.1. Participate in partisan political fundraising activities (except as permitted in subparagraph 4.1.1.7.), rallies, conventions (including making speeches in the course thereof), management of campaigns, or debates, either on one’s own behalf or on that of another, without respect to uniform or inference or appearance of official sponsorship, approval, or endorsement. Participation includes more than mere attendance as a spectator.

In this case, however, the photograph was not taken at a political event supporting Hillary Clinton, but rather at a Memorial Day parade that the candidate attended. Moreover, the man pictured is indeed a service member, but not one who is on active duty: He is Oscar Flores, director of operations at the Clintons' New York home, who was also a member of the United States Navy until he retired in 2011 after 22 years of service.  Flores attends the Memorial Day parade each year to pay his respects to those who were killed or who are missing. "Oscar without the Navy, is like me without a pants suit," said Hillary Clinton. "...We call him the 'Mayor of Chappaqua,' because a simple trip to the grocery store or to the post office turns into a three hour town hall meeting. Everybody wants to talk to Oscar."

While the rules about wearing uniforms after retiring vary slightly by military branch, the United States Navy is very clear about whether their retired personnel can wear uniforms during parades — it's allowed:

GENERAL.  Retired officers and enlisted personnel, who are not on active duty, may wear the uniform, insignia, and qualifications corre­sponding to the rank or rating indicated on the retired list.

Retired personnel may wear uniforms at ceremonies or official functions when the dignity of the occasion and good taste dictate.  Wearing a uniform is appropriate for memorial services, weddings, funerals, balls, patriotic or military parades, ceremonies in which any active or reserve United States military unit is participating, and meetings or functions of military associations.

Retired personnel may wear the uniform of their grade while instructing a cadet corps or similar organization at approved naval or military academies or other approved academic institutions.

UNIFORM NOT AUTHORIZED.  Retired personnel are prohibited from wearing the uniform in connection with personal enterprises, business activities, or while attending or participating in any demonstration, assembly or activity for the purpose of furthering personal or partisan views on political, social, economic, or religious issues.

We contact the United States Navy about retired Chief Petty Officer Oscar Flores' service.  They sent us a list of his awards and decorations as an enlisted member of the military:

Flores is not an actor, nor is he a shill. He is a retired member of the United States Navy, who appeared at a parade —  as he does every year — alongside his high-profile employer in order to honor those who lost their lives serving in the military.