Fake news reports the former secretaries of state won a prestigious award for their part in negotiating a nuclear deal with Iran. 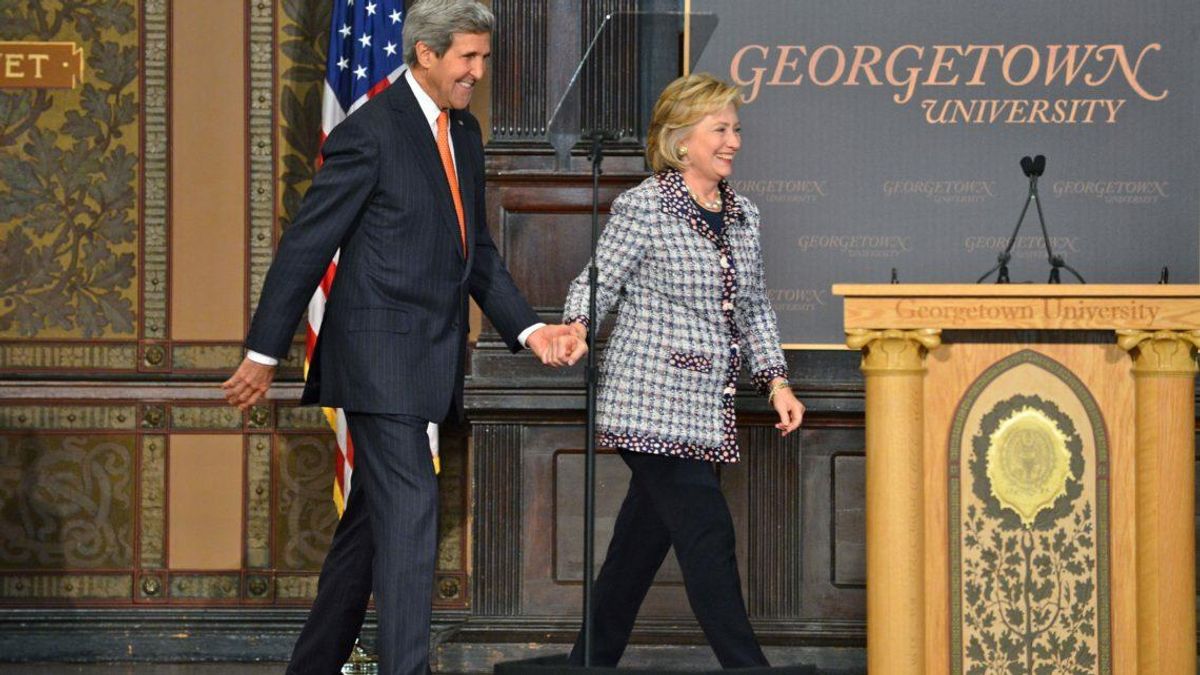 Claim:
Hillary Clinton and John Kerry were nominated for a Nobel Peace Prize for negotiating a nuclear deal with Iran.
Rating:

On 3 October 2016, the Baltimore Gazette web site published an article positing that the former and current U.S. secretaries of state in the Obama administration, Hillary Clinton and John Kerry, had been nominated for (or had won) a Nobel Peace Prize for their part in negotiating a nuclear deal with Iran:

Hillary Clinton and John Kerry, each have long histories in public services with many accomplishments to show, however today’s news out of Oslo, Norway reportedly adds Nobel Laureate of the prestigious Nobel Peace Prize to their resumes. According to multiple sources, the two have been awarded the Nobel Medal for their part in negotiating the Iran Deal.

The nuclear deal clinched between Iran and six major world powers caps more than a decade of negotiations. The “Joint Comprehensive Plan of Action” (JCPOA), known commonly as the Iran Deal, aims to restrict uranium enrichment for 15 years, cut the stockpile of low-enriched uranium by 98%, reduce the number of gas centrifuges by two-thirds over a 13 year period and opens all such facilities to monitors within the International Atomic Energy Agency (IAEA). In exchange, Iran received a large cash payment and will receive relief from the US, European Union, and United National Security Council sanctions.

Nothing about this sloppy article (the writer couldn't seem to make up his mind whether Clinton and Kerry had actually won a Nobel Peace Prize or had just been nominated for one) was true. The Baltimore Gazette is a fake news site that masquerades as an online newspaper in order to lure readers with clickbait headlines and fabricated stories.

Everything about Baltimore Gazette site is a hallmark of a hastily thrown-together hoax site: the social media buttons don't link to any online presence, several of the news topic sections are merely placeholders with no content, and the physical address provided in the "contact us" section is a non-existent one that would place the newspaper in the middle of the Lockwood Plaza shopping mall.