Thousands of people have already died in the first week of Russia's war on Ukraine. 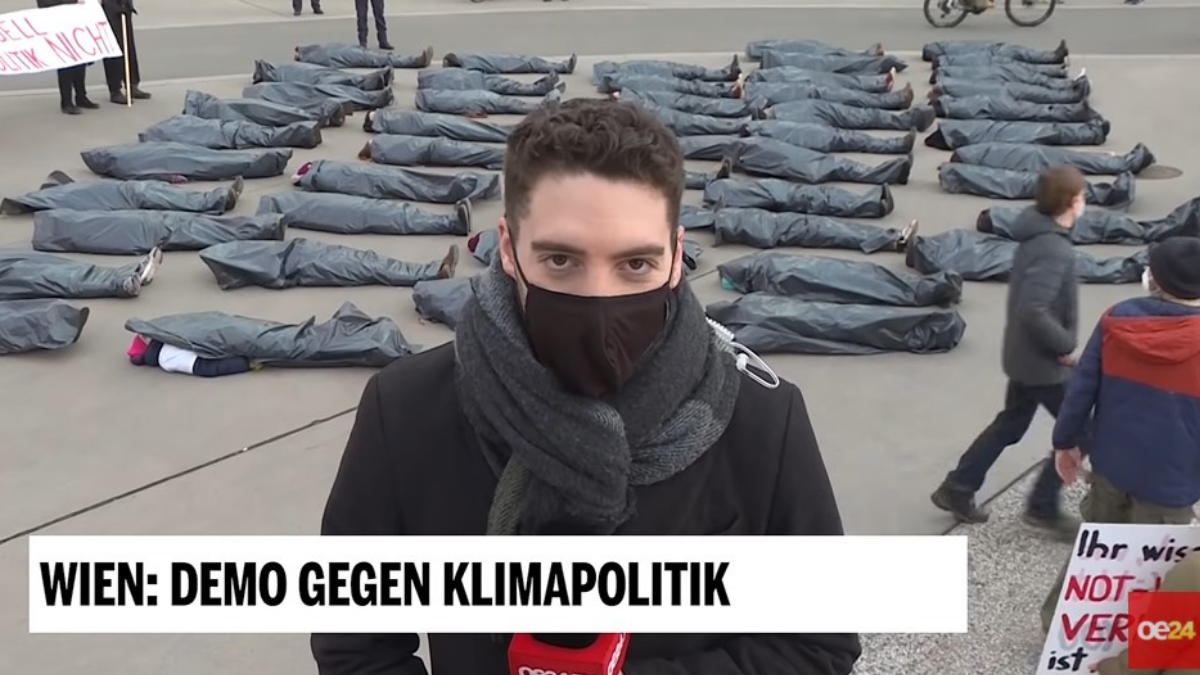 Claim:
A news report on Russia's invasion of Ukraine showed a living person sitting up while in a body bag.
Rating:

This video comes from a "die-in" climate protest in Austria in which protesters got inside of body bags to signify the catastrophic impact current climate policy could have on the world. This is not war footage, it was not taken in Ukraine, and it does not show the media using "crisis actors" to fake the growing death toll of Russia's invasion of Ukraine.

During February 2022, as Ukrainian cities were shelled by Russian missiles, as tanks were hit by Molotov cocktails, and as the death toll from Russia's invasion of Ukraine stretched into the thousands, a video started circulating on social media that attempted to show that this entire conflict had been staged.

The viral video clip shows a reporter standing in front of dozens of body bags. As the clip goes on, one of the "dead bodies" in the background unzips the body bag and stands up. While social media users shared this clip as if it was taken in Ukraine and showed a reporter talking about the death toll, that is not what this clip shows. This video was not taken in Ukraine but in Austria on Feb. 4, 2022 (about two weeks before Russia's invasion of Ukraine) and shows a climate protest.

Here's the original video. Note that the chyron reads "demo gegen klimapolitik" (translated from German as "Demo against climate policy") and that the signs in the background read (translated via Google) "Climate Protection Act Saves Lives" and "Not Current Climate Policy":

This isn't the first time this video has been miscaptioned. USA Today addressed a different iteration of this claim on Feb. 9 when the video was shared as if it showed COVID-19 "crisis actors."

An Austrian television clip has gained traction on social media, where some falsely claim it shows evidence of crisis actors ... The clip has been taken out of context – it does not show crisis actors in Germany. In fact, it shows climate protesters in Austria.

And this isn't the first "crisis actor" claim to emerge during Russia's attack on Ukraine. A video showing the filming of a movie in England in 2013 was also re-captioned as if it showed Ukrainians staging an attack in 2022. You can read more about the disinformation that has been circulating about Russia's invasion of Ukraine here.