This story doesn't check out. 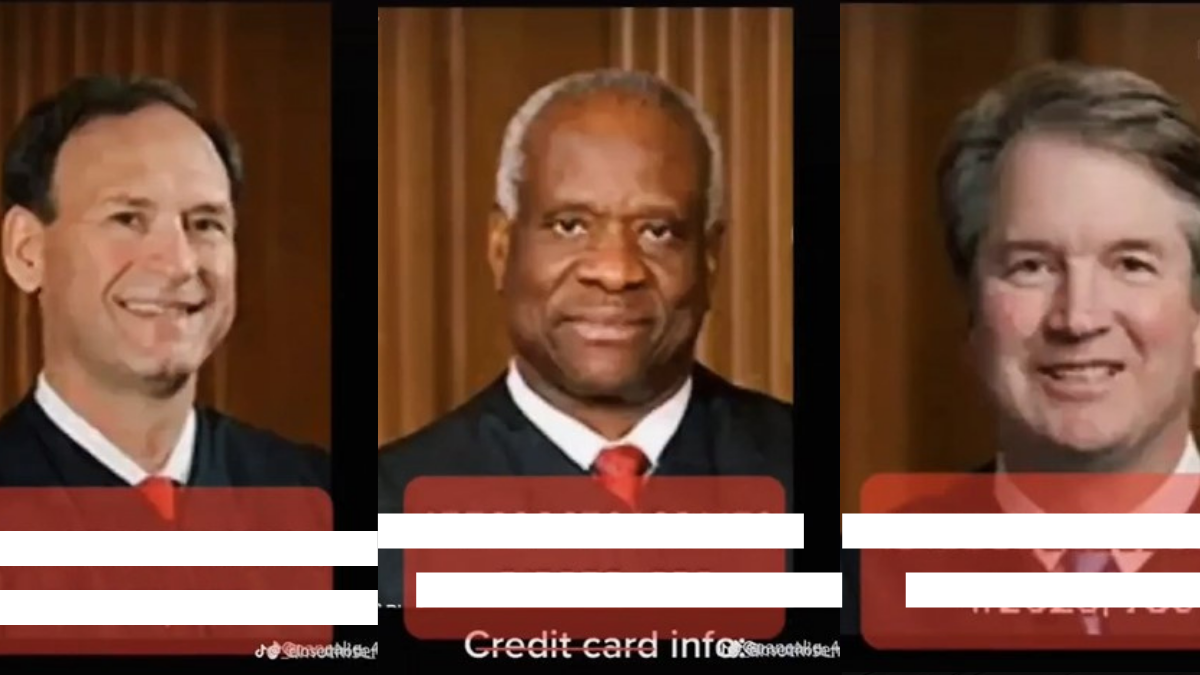 In June 2022, shortly after the U.S. Supreme Court issued a ruling that effectively overturned Roe V. Wade and ended the constitutional right to an abortion, rumors started to circulate on social media that Justice Clarence Thomas' credit card had been leaked online.

These rumors generally held that Thomas' credit card number was leaked by a restaurant server.

Many social media users latched on to this claim and furthered this rumor by alleging that they had made various purchases with Thomas' card. We have not been able to find evidence to support any of these claims.

Photographs of Thomas' card don't appear to exist, we couldn't find any details about the server who supposedly leaked this information (or the restaurant where they worked), and most of the people claiming that they purchased items with Thomas' card appeared to have been joking. No evidence or sources were cited.

A few days before this credit card rumor gained traction, social media users were posting messages, videos, and photos that allegedly contained the home addresses of six supreme court justices, Thomas, John Roberts, Samuel Alito, Neil Gorsuch, Brett Kavanaugh, and Amy Coney Barrett. The home addresses posted online were likely genuine, as there were several protests outside the homes of these justices in the days leading up to and after their decision to overturn Roe V. Wade.

On Friday afternoon several twitter accounts had post addresses that supposedly belong to conservative justices including Brett Kavanaugh and Clarence Thomas, with some of the posts receiving thousands of retweets.

In recent weeks, after the Politico published a leaked draft opinion from the Supreme Court stating the majority on the court favored overturning Roe, abortion rights activists have protested outside of justices' homes.

While at least some of the posts containing the home addresses of the Supreme Court justices are likely true (as evidenced by the fact that protests have truly taken place outside their homes), the posts claiming to have their credit card information are false.

For starters, the most popular version of this rumor claims Thomas' card was leaked by a restaurant server. However, this rumor appears to have started with a video supposedly showing the credit cards of all the conservative justices on the court. How did Kavanaugh's credit card info leak? What about Alito's? Did they all dine out together and split the bill?

In addition to the far-fetched claim about the origins of these credit card numbers, we've yet to see any images or videos that actually show the physical credit cards. What exist instead are several posts featuring photos of each of the justices next to a series of numbers.

The claim that Thomas' credit card number (or the credit card numbers of any of the other justices) had leaked was based on no evidence. No photographs or videos showing these cards appear to exist. For this reason, we're labeling this claim as "Unproven."

We reached out to the Supreme Court's public information officer for comment and we will update this article if more information becomes available.